The third baby: Life goes on

The third baby: Life goes on

Thanks to Target for sponsoring this post! But, as always, all opinions are mine, and I only write about products I already use and love.

With our first son, I’m pretty sure I didn’t leave the house for at least a good week after he was born. Now, with baby number 3, he’s basically been out on the town since the second we stepped out of the hospital.

It’s funny how your standards change the more kids you have. With our first son, I remember the first trip to Target was a huge ordeal. I thought I was Superwoman for getting out of the house with one child. And maybe I was.

But, you know it’s your third kid when he’s been to Target, 3 grocery stores and several restaurants, including a beach bar, twice, before the ripe old age of 2 weeks.

With 2 other kids to care for now, gone are the days of being able to lounge at home, waiting (and napping) until the next newborn feeding. Because now, during a single, 10-minute nursing session, my 2- and 3-year-old would likely kill each other and turn the house upside down. Or both.

Which is probably why the baby has seen so much of the world from the second we left the hospital.

Like, when we took him out on the boat on his third day of life. 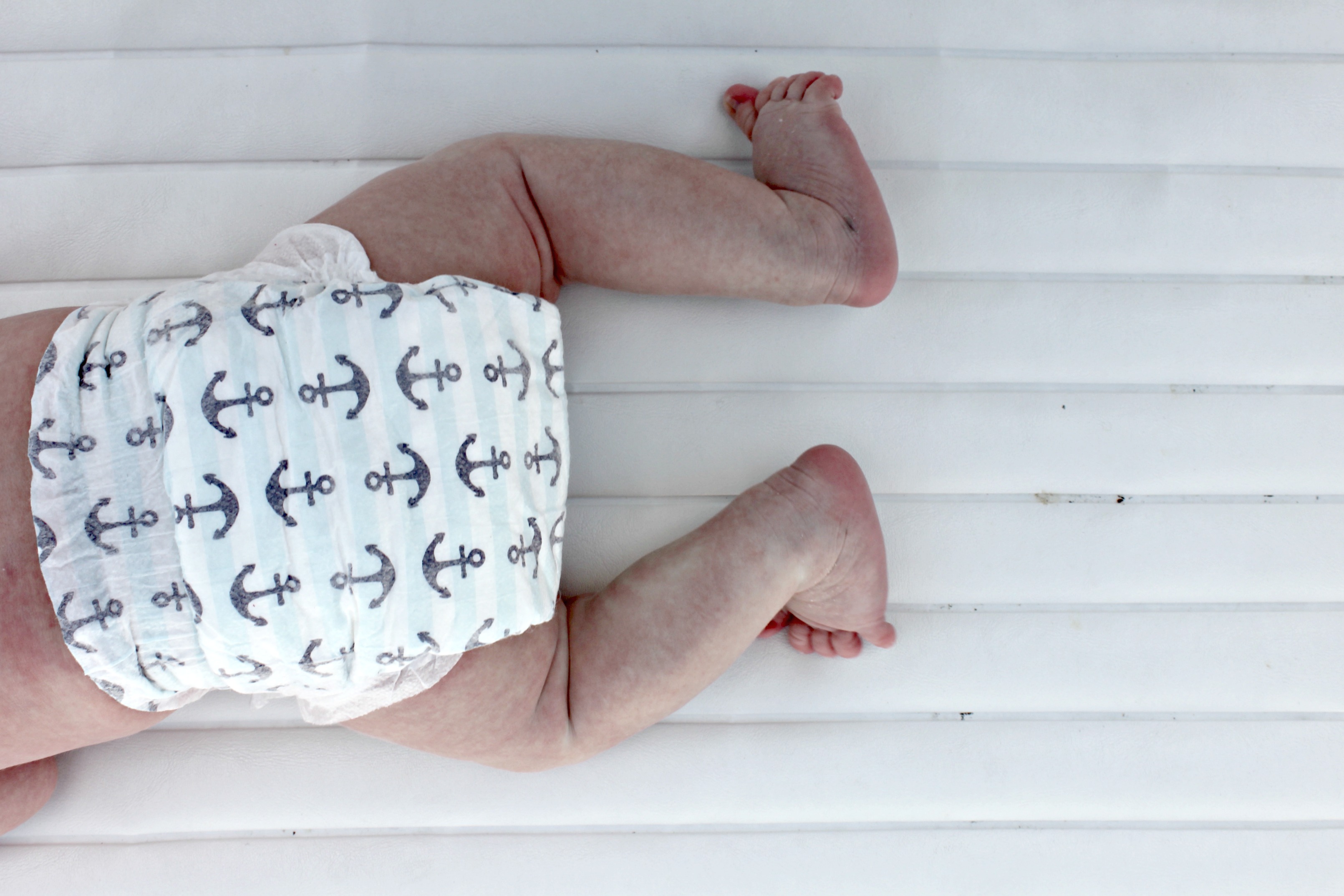 Which allowed me the picture-perfect moment I’d been waiting for, thanks to the anchor diapers I’d been hoarding from The Honest Company. (‘Cause, you know I die for a good nautical baby item.) Oh-so-adorable and baby-chic.

And, older brothers were not to be outdone, as they modeled their version of toddler-chic in their new shades. (Proud Mama note: the holding hands was not staged. #forthewin) 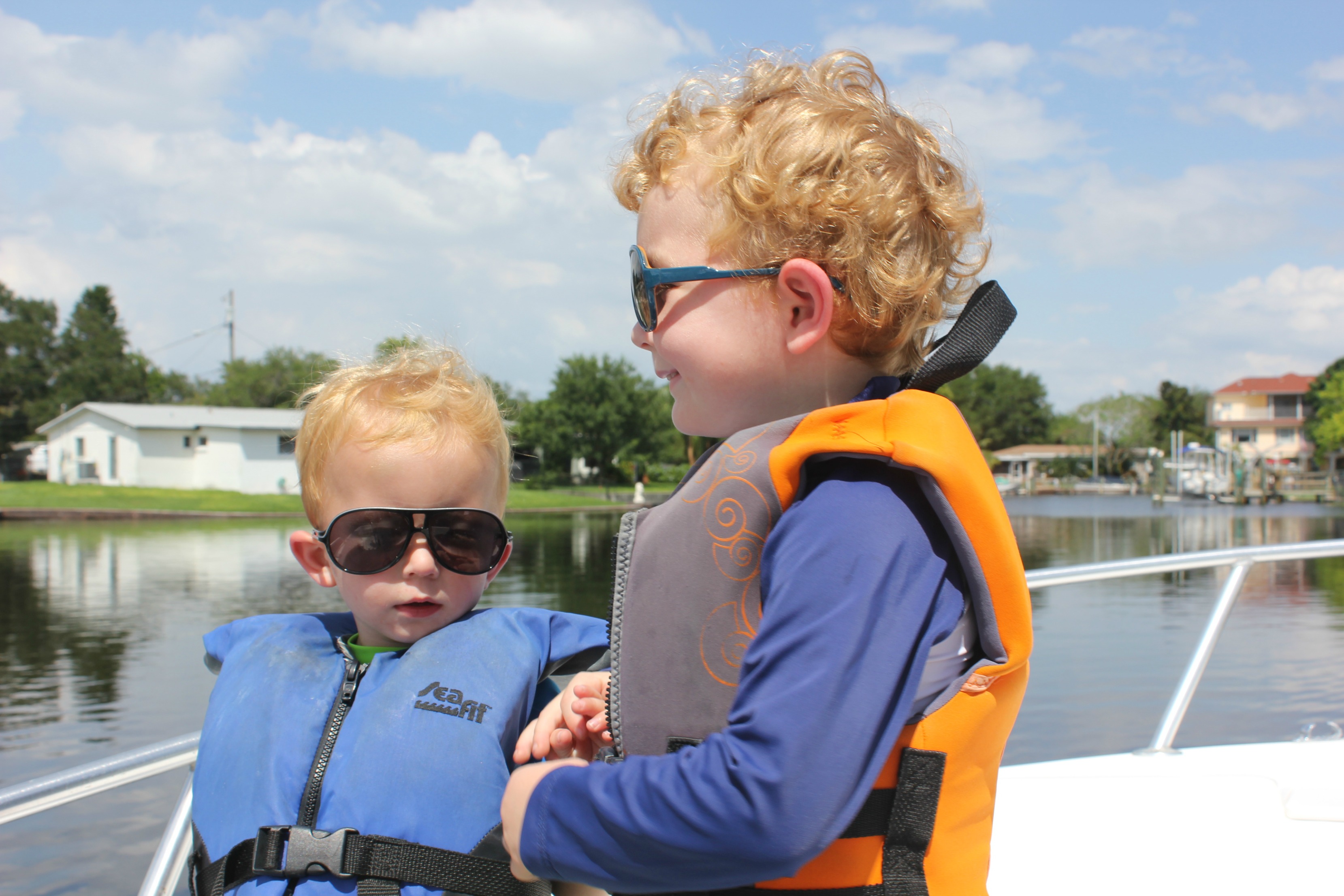 The diapers were actually a gift from my surprise baby sprinkle, which in itself, was delightfully no-fuss and totally third-kid friendly. (Case in point: I got like 7 boxes of diapers. #causethatsallyoureallyneed) I like the Honest diapers because they’re nice and thick, and they’re also made from a plant-based material, so they’re eco-friendly. 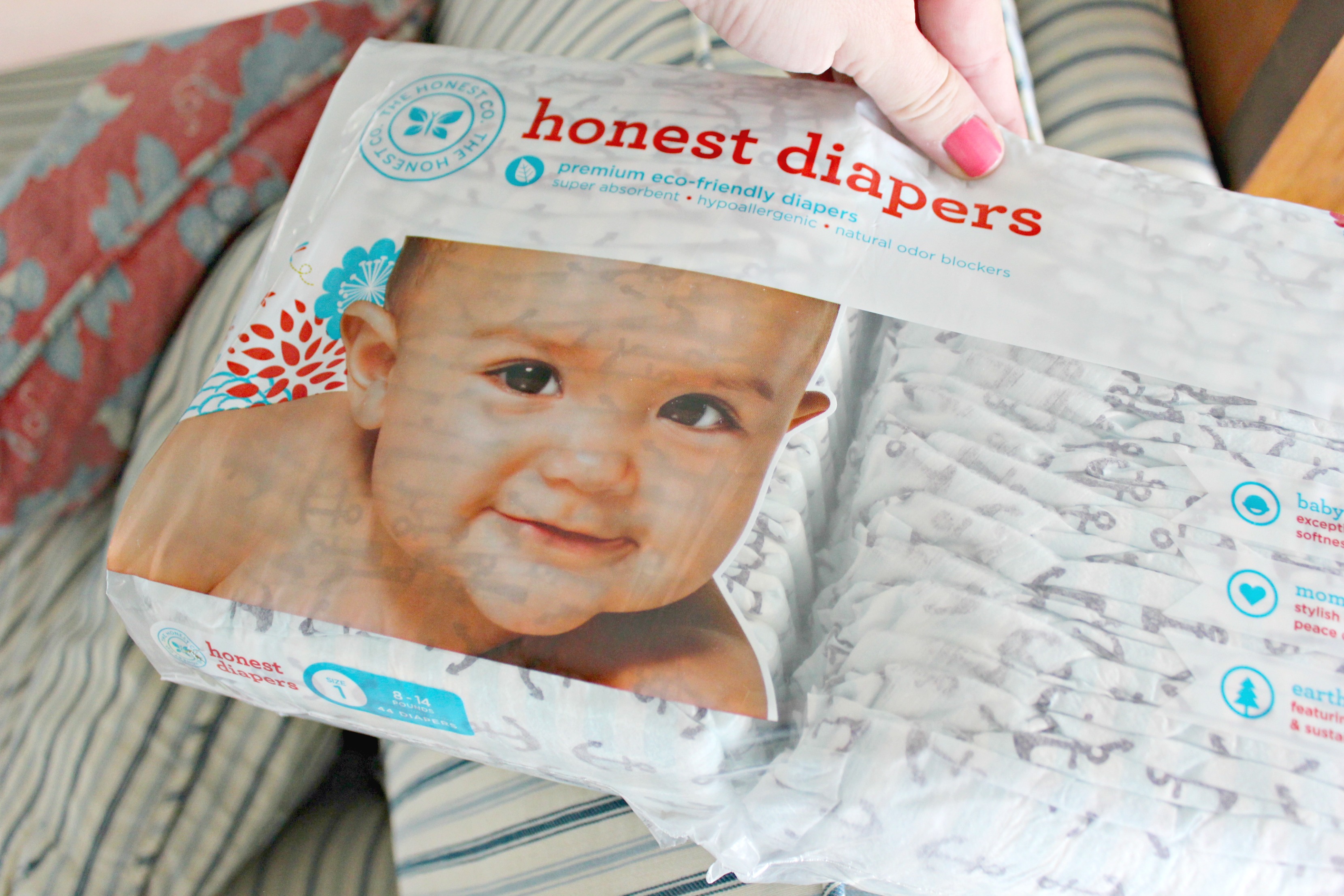 My baby’s cute little anchor butt was also perfectly on-theme for our visit to the beach bar on day 8. Yeah, that excursion came complete with a full-on naptime zone in the shade. #supermommoment 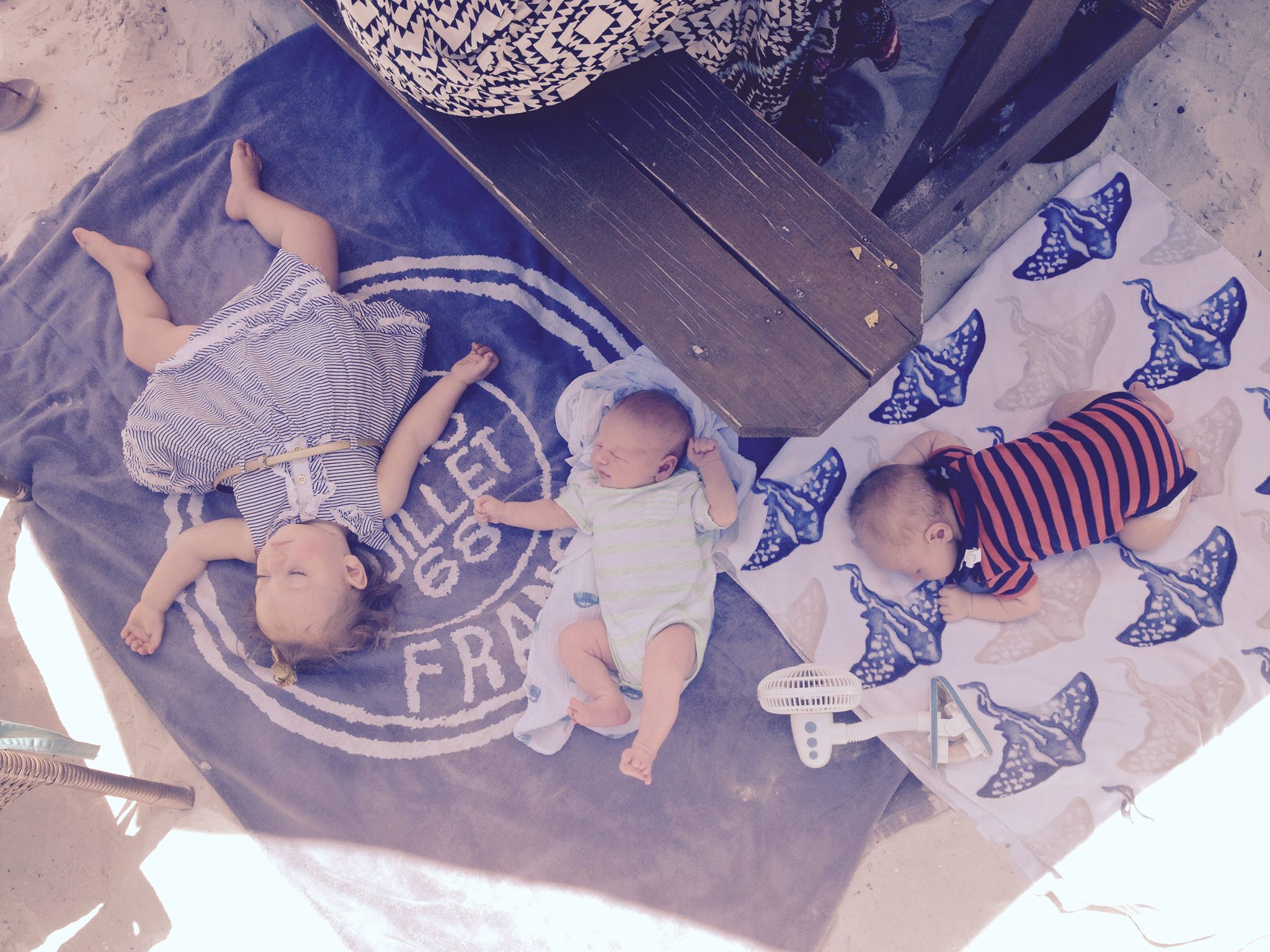 They were also the perfect match with the anchor onesie he wore to his brother’s birthday party on day 9. (Like I said, I die for a good nautical moment.) 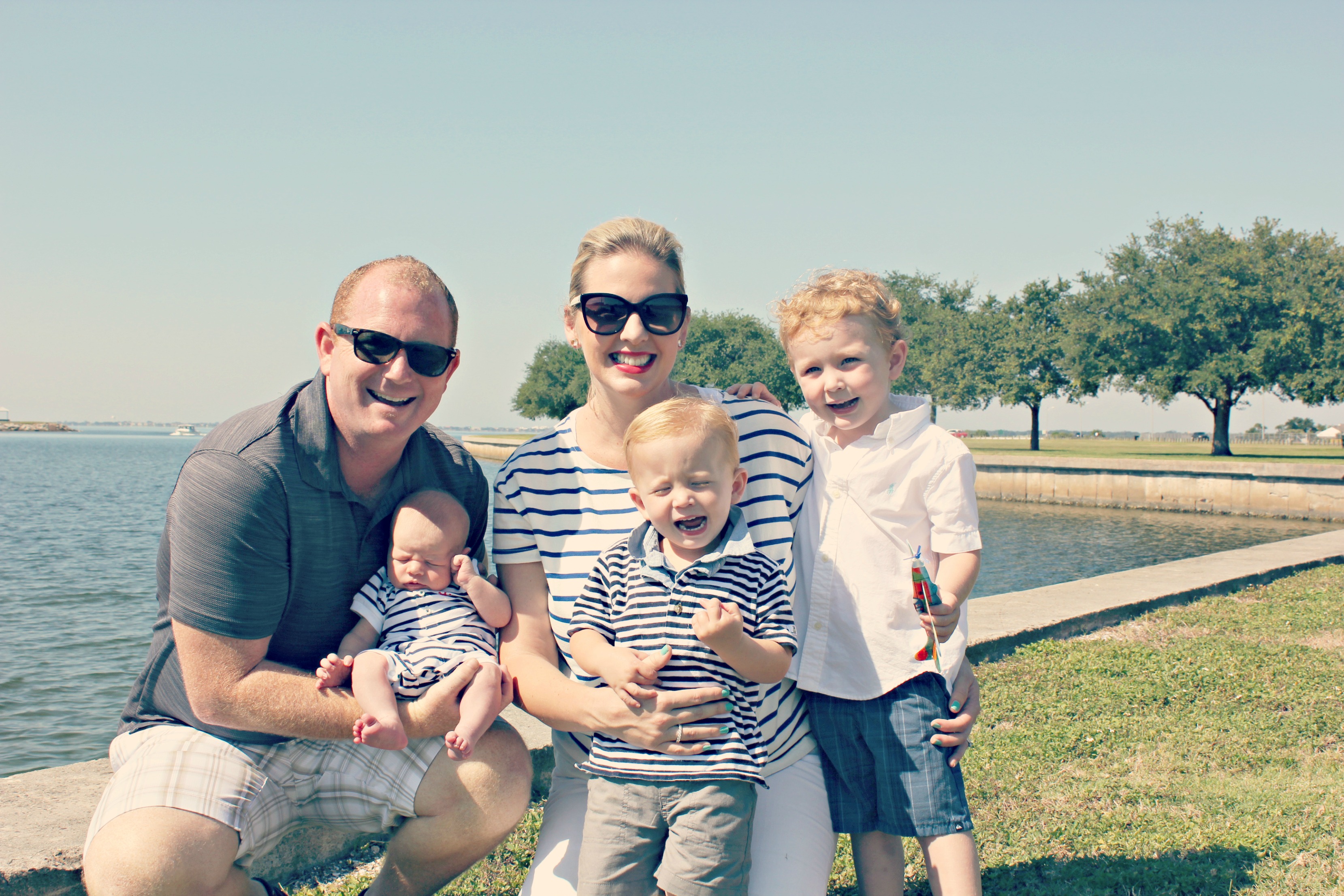 Quick sidenote: All our friends were shocked that we went ahead with the 2-year-old’s birthday party, despite the fact that I’d had a baby in utero 9 days earlier. But it was actually pretty easy because my husband did the whole thing. Before the baby came, we decided he would handle the entire party (food, decor, ordering the cake, setting up, everything), and I would just show up. Being the party-planning control freak that I am, it was admittedly pretty hard to give up control, but once I did, I was sooooo glad. My husband did an amazing job, and everyone (including me) had so much fun.

He even drew airplanes on coloring pages for the kids to color. (How cute is that?!?) 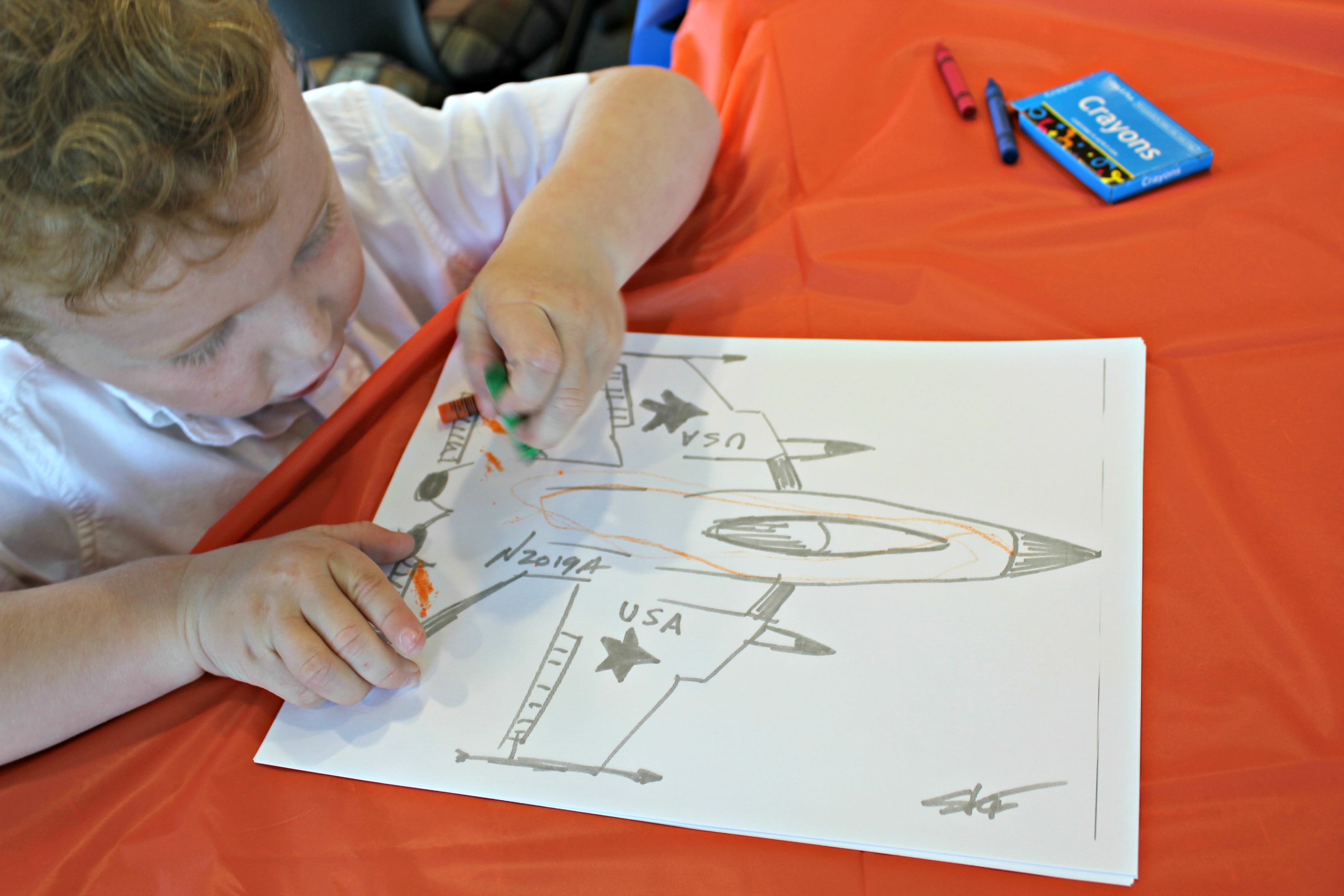 The party was at the local airport, so all the kids and parents also got to climb inside a real airplane. (Don’t lie: I know this is your dream Saturday morning. Ahhh, parenthood.) 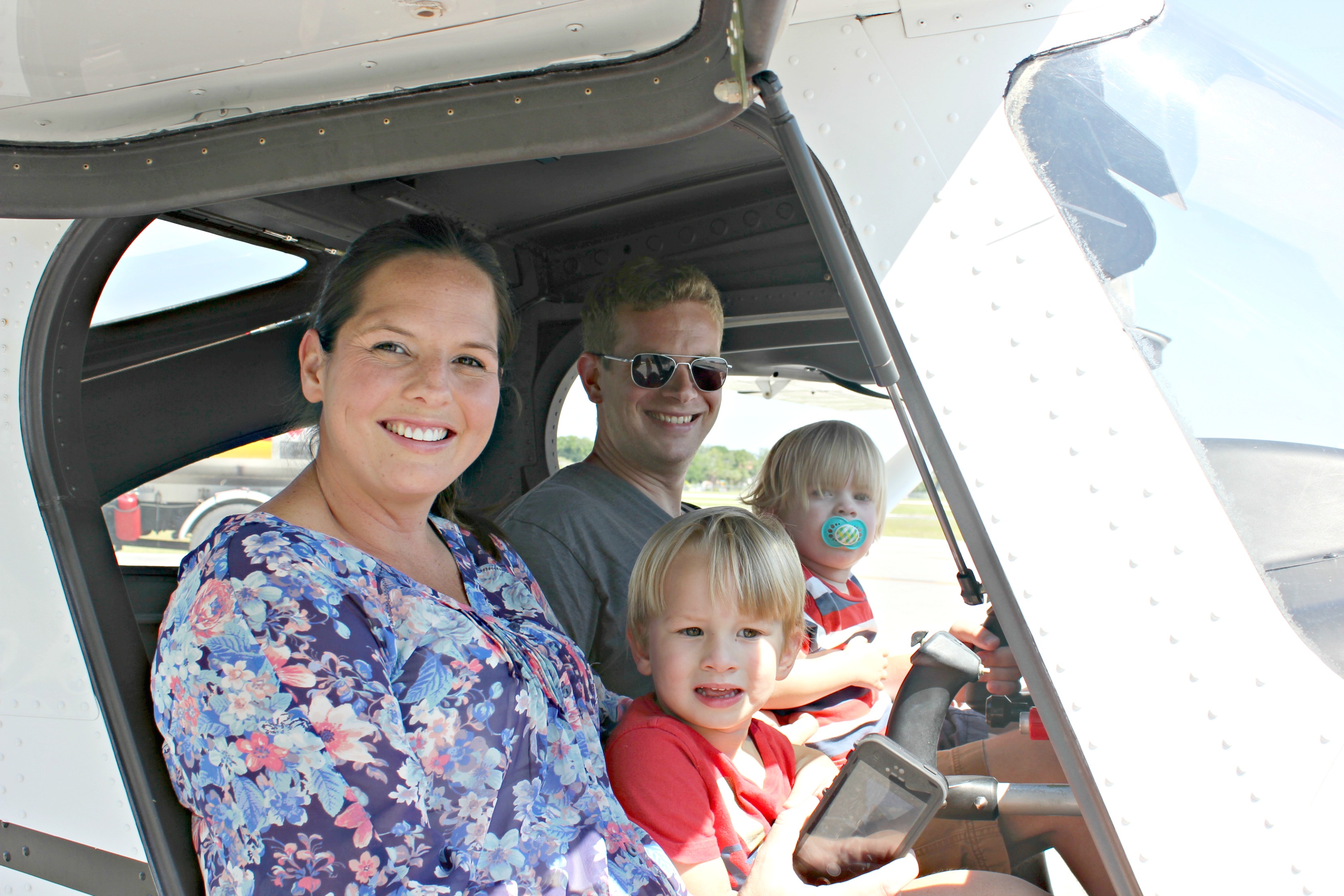 Even though I didn’t do anything that day (except nurse for hours to keep my newborn alive), I was pretty pooped after the party, which reminded me I needed to pop one of my prenatals from The Honest Company. 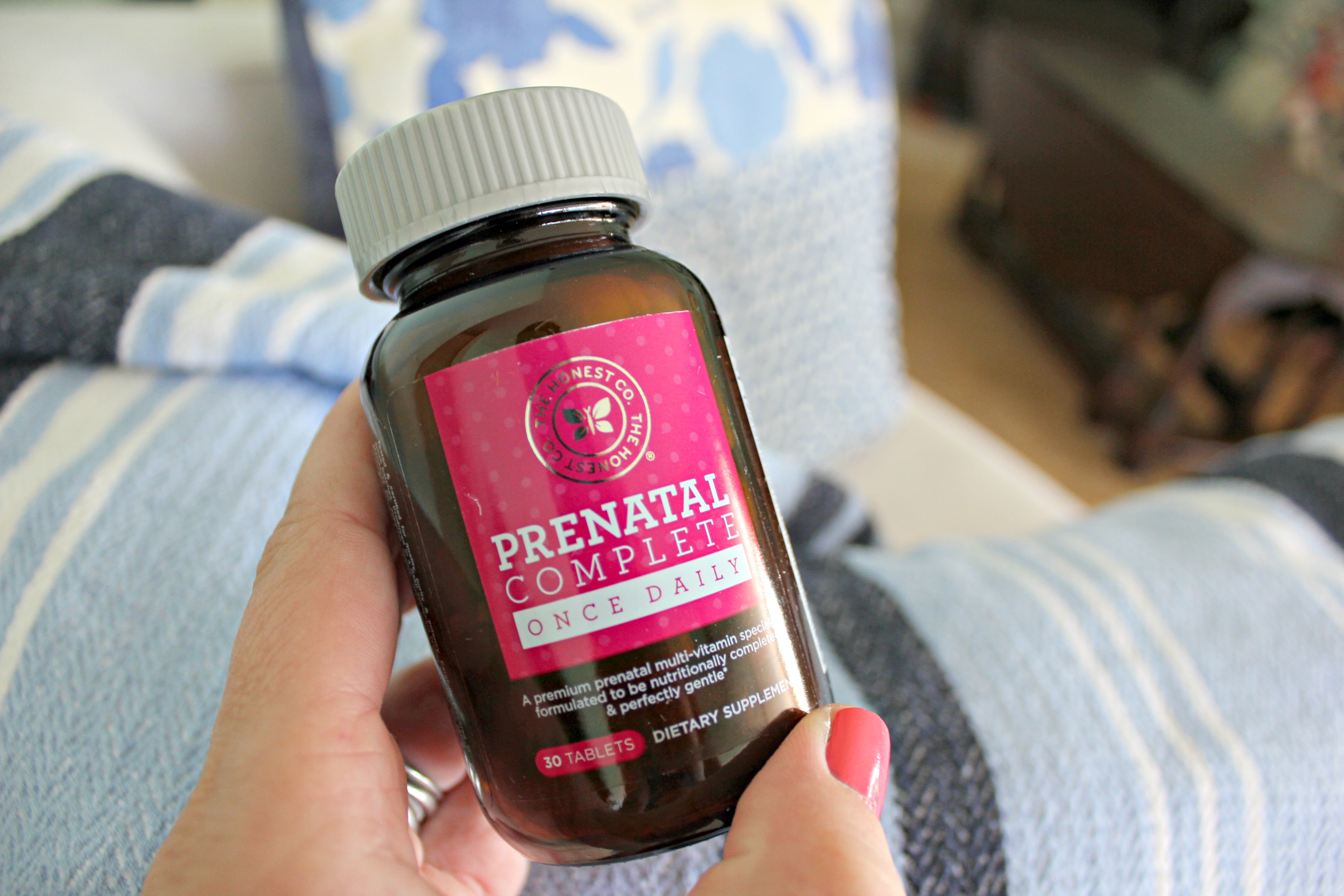 Turns out that, aside from the usual stuff, they actually have superfoods in them, along with probiotics and antioxidants.

Aaaaand, maybe part of me feels guilty for forgetting to take them 6 days out of 7 during pregnancy.

But, that’s the beauty of the third kid.

How did your habits change after you had your first baby? Share your experiences in the comments section below.