The horror that is 3 kids in car seats

The horror that is 3 kids in car seats

Parts of this post were included in a segment on Suncoast View, which airs on the ABC affiliate in Sarasota, Florida and parts of Tampa. Scroll to the bottom of the post to watch the video. 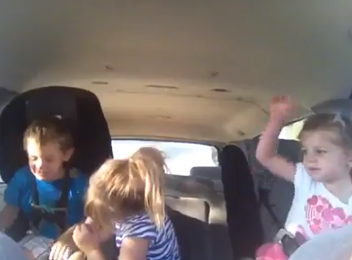 I’m a few weeks away from delivering my third son, and my main source of anxiety isn’t the birth, breastfeeding or sleeping.

It’s the horror of having to get 3 kids in car seats.

(Okay, that first part wasn’t totally true. ‘Cause I’m for sure scared of birth too.)

But seriously, 3 kids under 3 1/2 means a trio of car seats will be in the back of my Suburban in a few short weeks.

How the frick will that work?

Well, this Facebook video from my sister-in-law is one clue. Folks, this is real life from the El Pollo Loco drive-thru.

And, the best birth control on the face of the earth.

Apparently, once my nephew learned how to buckle himself in, he also learned how to unbuckle the entire car seat from the bench. Hence, this fun lil’ game of let’s-do-front-flips-in-the-back-seat.

Since my middle row has bucket seats, I can’t fit 3 car seats together, which means I’ve got to put our oldest in the back. Lately, I’ve been trying to let him “practice” buckling himself into his own seat to get used to the idea.

And that’s been ridiculous.

Like, it’s a game of let’s-run-around-the-car-and-climb-into-the-driver’s-seat-and-honk-the-horn. Or let’s-crawl-into-the-back-and-just-stand-there-until-Mom-threatens-to-take-my-red-airplane. Super fun. Especially when it’s 85 degrees out and I’m holding 17 bags, a dirty diaper and trying to get the 2-year-old strapped in.

And when the baby comes, it’ll get even more fun.

‘Cause, of course, that means I have to buckle the toddler and the newborn in their seats, before hoisting myself into the car, and crouching down to walk to the back seat where I will attempt to track down the preschooler and strong-arm him into his car seat.

But, let’s be positive.

One thing that will be a huge help, once the impossible triple-threat-car-seat-buckle-in is complete, is my Infanttech video baby monitor. 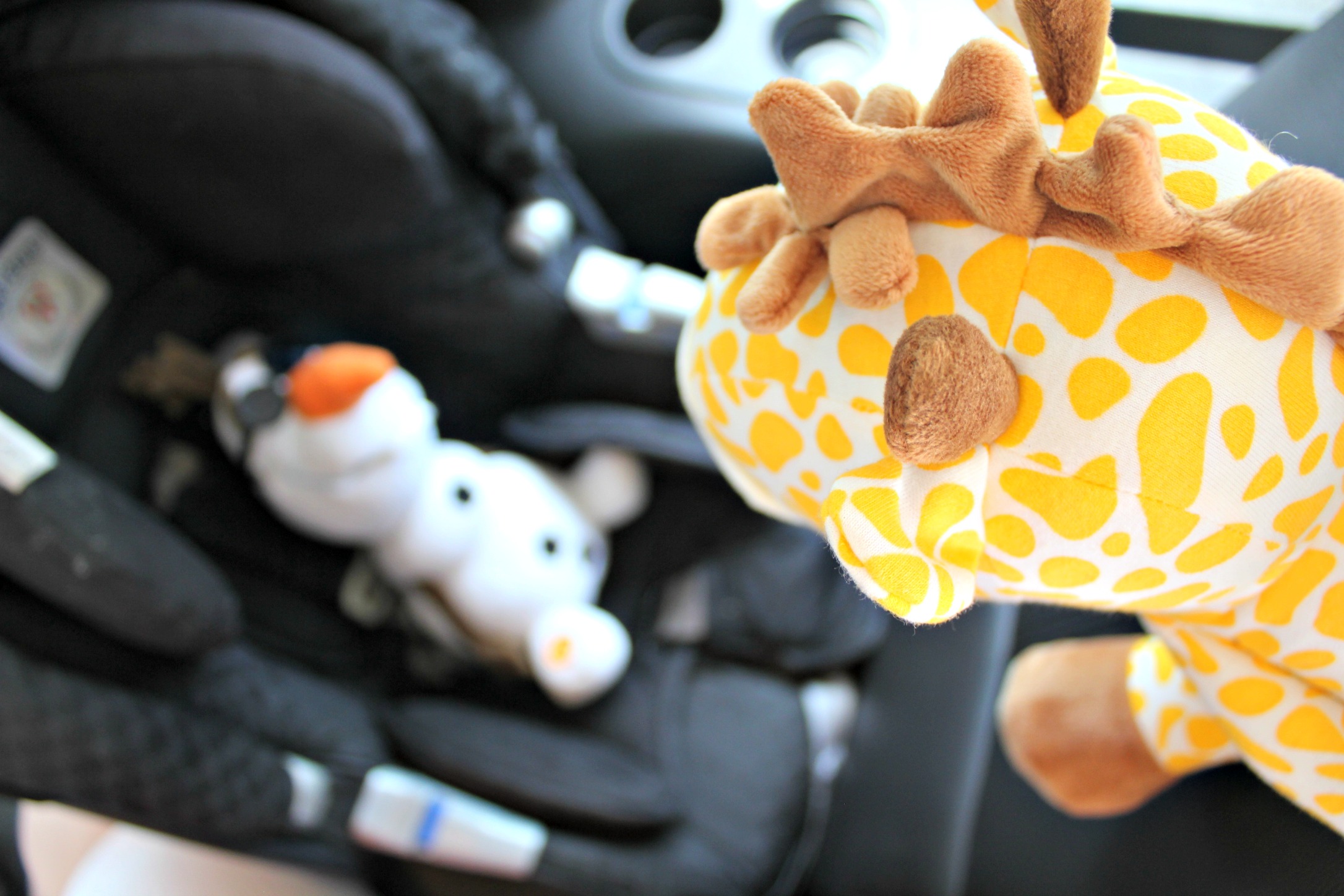 No, that’s not 2 stuffed animals having a conversation in my backseat. It’s just a cool little giraffe (with a camera in his nose), watching over Olaf, who’s making a cameo today as my soon-to-be-born baby boy.

(In our house, we basically think Olaf is the coolest guy ever.) 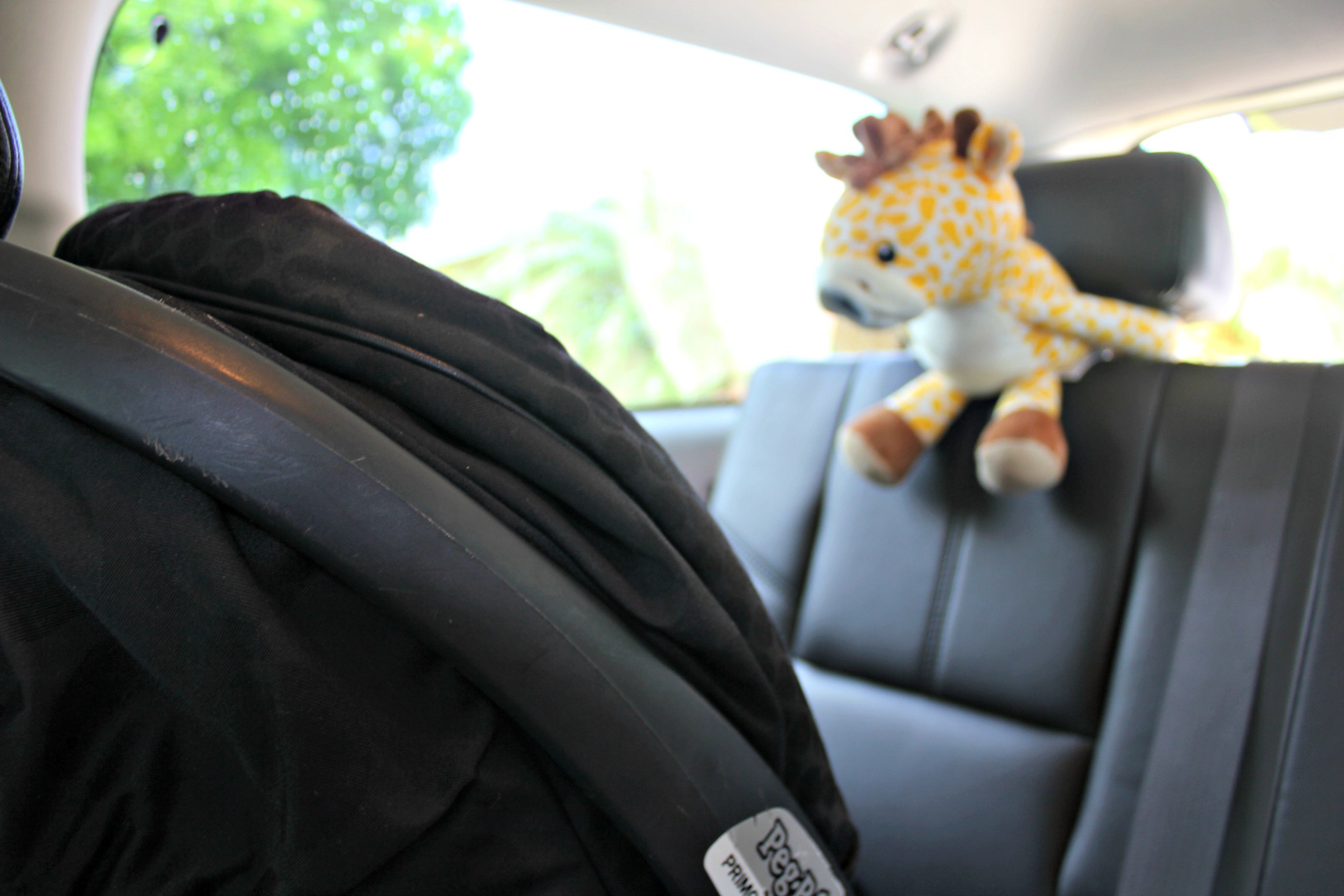 What I love about this set-up is that, since it’s a camera, the newborn can be anywhere in the car, and I’ll have an easy view of him. Which is perfect because I’m thinking I’ll put the baby directly behind the driver’s seat. (I feel like it’s so much easier to have the youngest kid right behind me, right? Hit up the comments section to let me know your best 3 car seat strategy.)

Obviously, with a traditional mirror, I wouldn’t be able to see him, but with the Infanttech, all I need to do is glance at the window-mounted monitor that connects wirelessly to the camera. 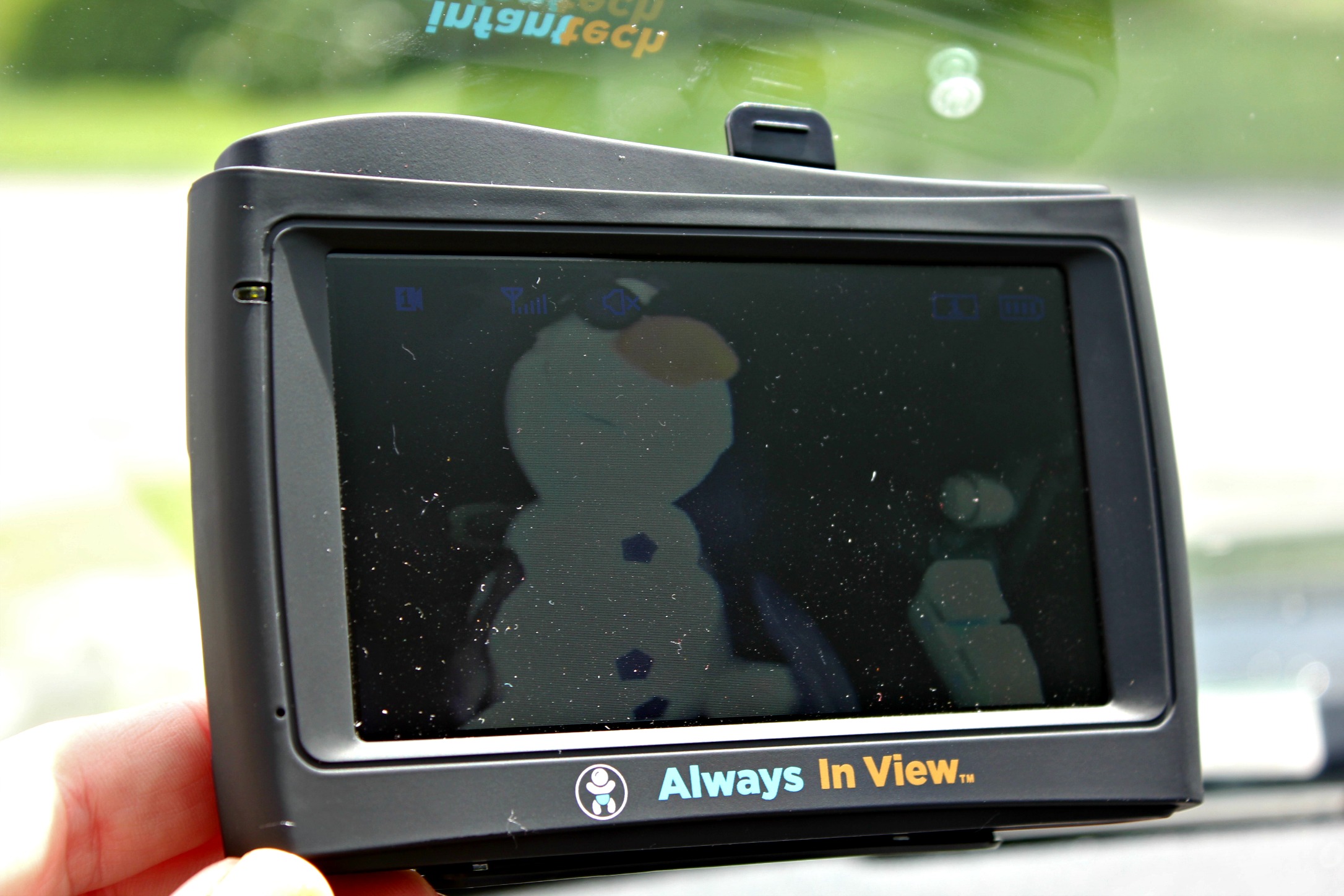 (Again, Olaf is the coolest guy ever. #OlafforPresident)

And, since the camera is inside the stuffed animal, it’s totally portable. Which means if I go to a friends’ house for the little one’s nap, or need an extra video baby monitor in the house while the boys are sleeping in their room, and the newborn is in our master, I’m totally set. I just unhook the stuffed animal and bring it inside.

It won’t help with contractions, sleep deprivation or sore nipples.

But it will help me keep my brood under control during the first few crazy months with 3 under 3 1/2!

(Bahahaaaa, who am I kidding? We’re going to be a hot mess!)

What’s the worst part about having 3 kids (or more) in car seats? Share your crazy stories in the comments section below. I can hardly wait to read!