The internet can be super nice.

After 8 years as a TV news reporter and anchor, I would know. Over the years, I got some really rude critiques. Lots of blonde bimbo comments and innuendo. And, “You look like you’ve had one too many Twinkies.” I’m sure there were many more, but I’ve blocked them out. That’s the thing about being on TV, you really have to ignore the noise.

There were also some really funny ones. Like when I wore this necklace, and I heard things like, “Mr. T wants his jewelry back.” And, “What pirate ship did you steal that from?” 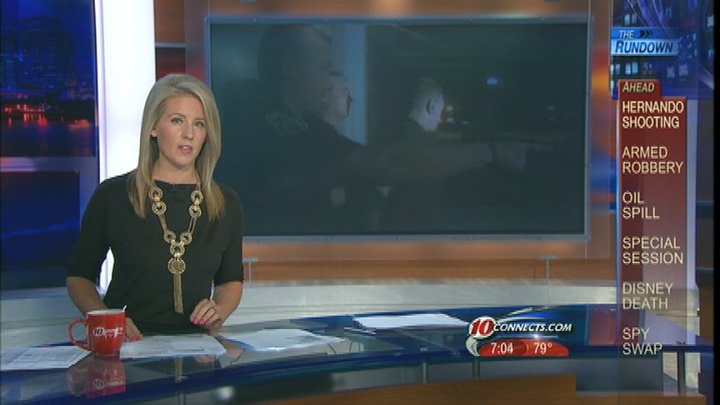 (Gotta admit, I totally LOLed over that.)

Of course, to some degree, critiques of appearance are expected when you’re on TV.

But it’s not always funny. And the internet is not always nice. Like earlier this year, when my tongue-in-cheek Facebook post about rehoming my dog turned into a vicious social media war that attacked my character, insulted my children and threatened my livelihood. Thousands joined in. I spent days shell-shocked. Crying. Feeling like I’d been totally misrepresented and misunderstood.

It’s amazing how bold, nasty, hateful and vicious people can be when they are sitting on the other side of a computer screen.

And last week, one pregnant mama in Philadelphia (who is now my new idol) had had enough. 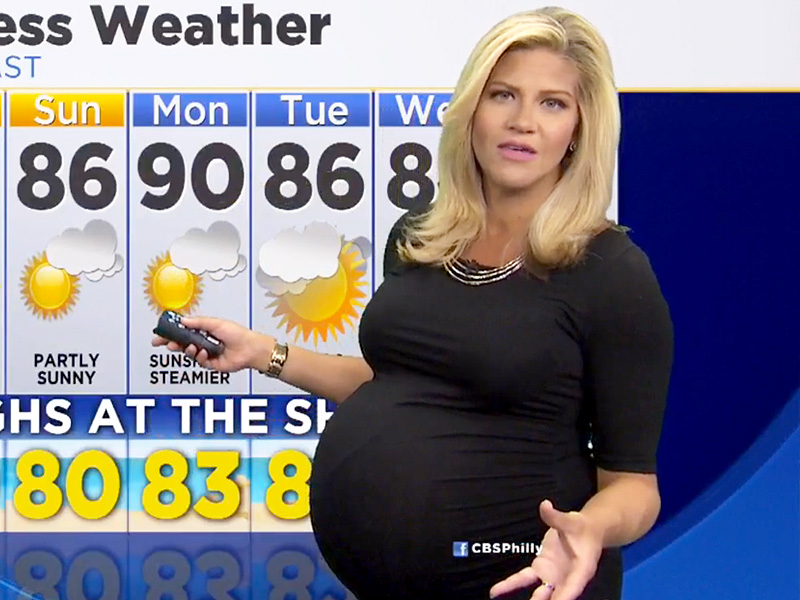 But one day, someone on social media called her a “sausage in casing.”

Another griped that “sticking your pregnant abdomen out like that is disgusting.”

Fehlinger responded with a beautiful, fearless Facebook post that not only speaks to the strength in moms everywhere, but to the danger in allowing the hateful undertones of the internet to consume us. I’m calling it the victory cry for loving our pregnant bodies for the work they are doing, and not just focusing on the aesthetics.

Fehlinger, you are hereby an honorary #glowgirl, so much so that I wanted to devote an entire post to you.

Let me just say: #youglowgirl. You really do.

A message for the haters…

Hey guys! Once more, I have to get something off my chest. So, the nature of my job makes me an easy target for criticism. I will always understand that, and I will most typically just ignore it. However, after someone blatantly called me a “sausage in casing” and another declared that “sticking your pregnant abdomen out like that is disgusting”, I felt a need to draw a line and speak up.

Everyone’s right to their opinion is important, but so are manners. And while rude comments like these will never make me feel the need to change anything about myself, I find a bigger underlying issue here. These particular nasty-grams were directed at a pregnant woman.

So this little manifesto of sorts is dedicated to every mother out there – other pregnant moms-to-be, moms reading this while their toddlers play on the swing set, moms whose kids have long since gone off to college…

Even during the most uncomfortable – and let’s face it, less than glamorous – symptoms of pregnancy, what women go through to bring their precious children into the world is, simply put, AMAZING and you should be lauded.

Frankly, I don’t care how “terrible” or “inappropriate” anyone thinks I look. I will gladly gain 50 pounds & suffer sleepless, uncomfortable nights if it means upping my chances to deliver 2 healthy baby girls. Now it’s about more than aesthetics. I want these babies to have the best start possible. And that hopefully means my belly that “looks like it’s about to explode!” will continue to grow the next few weeks.

I say let’s raise a Shirley Temple to swollen feet, stretch marks, nausea, all the extra pounds and the dark circles! They’re badges of motherhood. And for those of you who think that’s “disgusting”, remember a woman went through the very same thing to bring YOU into the world.

In the meantime, let’s all remember the lesson Mom taught us – if you have nothing nice to say, say nothing at all.