I’ve wanted to be a journalist since as long as I can remember. Growing up, on Sunday nights, my parents would order a pizza and we’d all cram into their bedroom to watch Lois & Clark: The New Adventures of Superman. I loved watching Teri Hatcher portray Lois Lane, the feisty, shiny-haired news reporter, who was always seeking the truth. I knew it was what I wanted to do.

In high school, I mustered the guts to send a letter to the editor of our city newspaper. (Yes, I sent her a letter… like through the mail!) I told her I wanted to be a journalist and that I’d do anything to work for her newspaper, even cleaning the floors, making coffee or doing filing. A few days later, she called me and said she needed someone to do write-ups on the local high school football games. I was elated. As far as I was concerned, it was my big break! I knew nothing about the game. But I learned. And somehow, I eked out an article each week, with play-by-plays of the game. 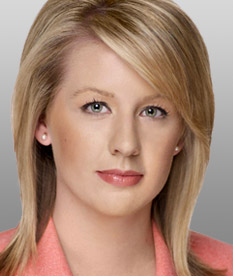 When I began attending UCLA, I was a writer for the student newspaper, the Daily Bruin (which at the time, was the 3rd largest circulated newspaper in Los Angeles!). One day, our media director took me aside and told me I’d be perfect for the journalism department’s newest venture: UCLA-TV. I was all ears.

Of course, I wanted to be main anchor. (Who doesn’t, right?!?) The day of the audition, I walked around campus like a pack mule because I didn’t have time to go back to my dorm before try-outs. I strapped on an extra backpack, stuffed with makeup, hairspray and a curling iron; I carried a pressed, button-down shirt on the hanger from class to class, and I scooped my hair into a claw clip on the top of my head, so I’d have some volume in my hair by the end of the day. I don’t remember the audition. But I do know: I got the gig!

Living in L.A., I was exposed to some of the best talent in local TV news, and I took every advantage of those four years. I was a field producer for the health department of an independent affiliate. I shadowed some legendary L.A. anchormen, hanging on every word they uttered about their craft and watching them scribble on page after page of yellow notebook paper. I spent my days and nights basically following reporters around and sitting in the back of their live trucks when they’d jet off to stories. And, as a 20-year-old college female, I scored the  internship of a lifetime: working in the entertainment department of a local affiliate. Oscars. Grammys. MTV VMAs. People’s Choice Awards. Countless movie premieres. It was my job to sit on the edge of the red carpet and help the entertainment reporter snag celebrities for interviews. It was a dream.

My husband and I got married the summer after I graduated. As newlyweds, we left our families and our suburban cocoon outside Los Angeles and blindly drove toward our future in a small town in Oregon.  It was where I knew I’d start my dream as a small-town news anchor.  After two weeks of training, I was wearing gaudy makeup and sitting in front of the studio camera for two hours a day.  I was the morning news lady, and it was the biggest ego inflator you could imagine.  I had a $1,000 clothing allowance.  My hair styling (though an embarrassing old-lady-bob) was arranged through the station, even my studio makeup and MAC powder was paid for.  As far as I was concerned, I was living the dream. 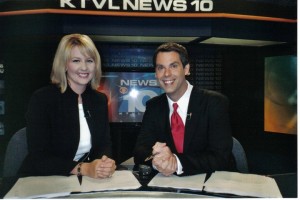 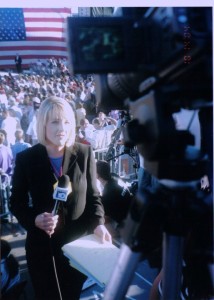 Before long, we were ready for more, and in 2007, my husband and I moved to St. Petersburg, Florida, where I got a job for the CBS affiliate, WTSP. I was thrilled when, right out of the gate, I was sent to NASA to cover a shuttle launch. The next year, I was even nominated for an Emmy for my coverage of a horrific 70-car pile-up on a busy interstate. In 2009, I became the first reporter to set up their own live shot. Soon after, I scored an anchor slot on the Saturday morning show. 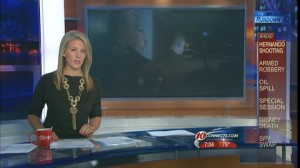 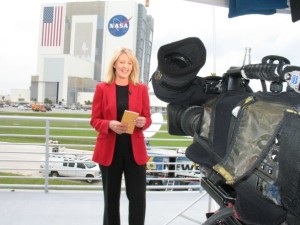 (Side note: viewers hated the necklace I am wearing on set here. “Mr. T wants his gold back” and “what pirate ship did you steal that from?” were some of their critiques!)

In the news business, you meet a lot of interesting people. Cindy Crawford was casual and very down-to-earth, and I’m pretty sure the guys from the Deadliest Catch were partying right up until they walked on-set at 7 a.m. 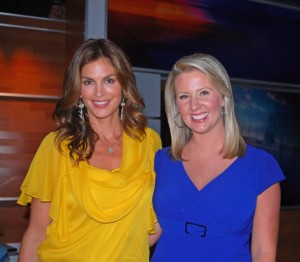 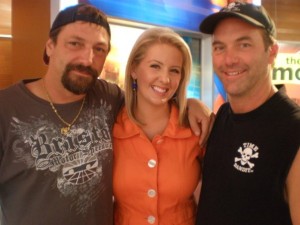 Christopher Lloyd was surprisingly shy and very kind. (Yes, even when we asked him to yell “1.21 gigawatts!” into the camera!) Dean Cain was kind, genuine and even a little flirty. (Oh my!) 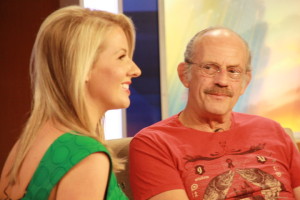 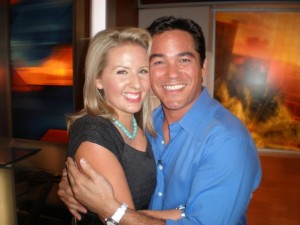 The most common thing people ask me is: Do you miss working in the news business? It’s a complicated answer, but I’ll make it simple: not really. The so-called famous people, who I’m pictured with above, mean nothing to me. I do miss being part of a team. Some of the stories I highlighted were meaningful, but to be honest, I spent most days chasing murderers, showing up to apartment fires and talking about car crashes.

Now, I’m able to focus on what matters to me. My husband. My children. Making a happy and peaceful home. Writing.

And, hopefully, encouraging you.

To see the beauty in your flaws.

To have the courage to admit that you don’t have it all together.

And to know that embracing your imperfections actually makes you the most authentic and interesting woman of all. 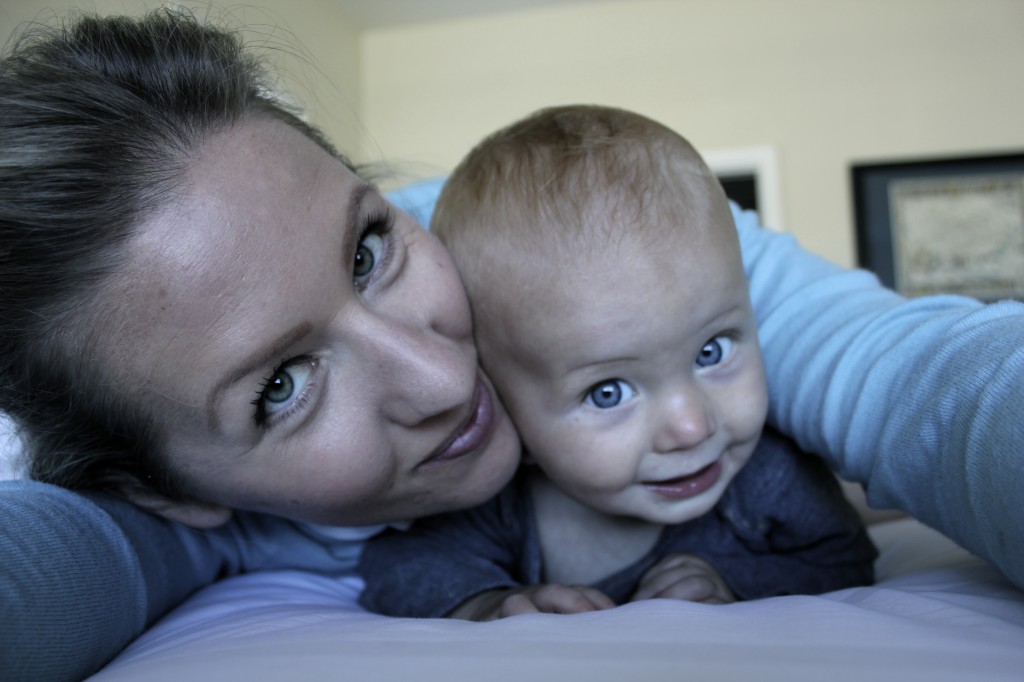