I hate mommy wars! The purpose of this post is to encourage all parents to learn something from those who experience parenthood differently than them. Don’t make it an ugly competition that pits working moms against stay-at-home moms. That’s just lame.

I looked down at the half-made peanut butter and jelly sandwiches in front of me. And I knew it was coming in a matter of seconds.

I’d tried my best to tune out the last 54 minutes.

But the arguments, over whose fire truck was whose, whose apple was whose and even whose mommy was whose, were about to cause a rain shower of F-bombs that would land right on the 2 toddlers at my feet.

My cousin looked at me, and I knew she could see it.

She could see that keeping peace between our 2 boys, after 6 nights of sharing bedrooms, toys, sippy cups and car seats during their visit, was about to boil over into one irrational, fire-breathing rage.

As they trudged out of the kitchen, my pulse immediately slowed. My chest tingled as the stress was flushed out of my body. She knew exactly what I needed.

With a knife of peanut butter in my left hand, I leaned onto our tile countertop, closed my eyes and took a deep breath.

As I smeared the peanut butter onto a piece of bread, grateful that all I had to do was make these sandwiches (and wishing I could make food alone in the kitchen all day), I listened.

And from the other room, I could hear something.

I don’t know exactly what it was.

But something had changed.

And as she sat on the floor of the living room, playing with her son and mine, my cousin was different than I had been. She was calm, kind and controlled.

I could hear the smile in her voice as she deescalated an argument over the orange Coast Guard airplane. She wasn’t distracted. She didn’t have her cell phone, and the TV wasn’t on. She was just sitting with our 2 boys, talking and playing.

She asked them about their day.

She told them to look for red toys in the toy basket.

She came up with make-believe games for them to play.

She suggested they go on a nature walk in the backyard.

And then a crazy thought occurred to me: She’s actually enjoying herself.

(In my shock, I almost forgot to cut off the sandwich crusts.)

This task, of entertaining 2 toddlers, of helping them play together, is actually… fun for her?

It was hard to process.

Because to me, playing with my kids is a task. It’s a job. It’s something I don’t normally do until my toddler has asked 6 times and finally grabs my hand to pull me to his toy box, or until I’m sick with the flu and can’t do anything else.

But for my cousin, it’s totally different.

“I think of it as my fun time,” she told me later.

“When I pick up Nolan after a full day at daycare, it’s my goal to be with him, totally with him, for the entire rest of the day. That means we’re not out running errands, and I don’t check my email or text messages until he’s in bed. The bulk of the time I get to spend with him is after work, so I really need to make that count and be as present as possible. So yeah, I think of our playtime at night as my fun time.”

I was flabbergasted. Playing with the kids is your fun time?

As a parent who is with the kids all day, I had never thought of my time with them as fun. In fact, my fun time most certainly involves no kids whatsoever (and a full DVR, and when I’m not pregnant, a strong cocktail).

After my cousin shared her approach, it got me thinking:

Even though I’m home all day with my kids, how much quality time am I really spending with them?

My 36-hour screen-free experiment was awesome, but how do I further it in the day-to-day?

Sure, we’re all in the kitchen, but I’m prepping dinner as I throw deli meat and bananas on their high chair trays for lunch. We all sit and watch TV together in the living room, but I’m responding to texts and scanning for emails while they laugh at Barney. We’re in their bedroom, but I’m folding 4 loads of laundry as they build their Lego towers.

Of course, dinner, laundry and cleaning still need to get done.

But, I wonder, if I retrained my brain to think of playtime as fun, how much more fun we’d have. 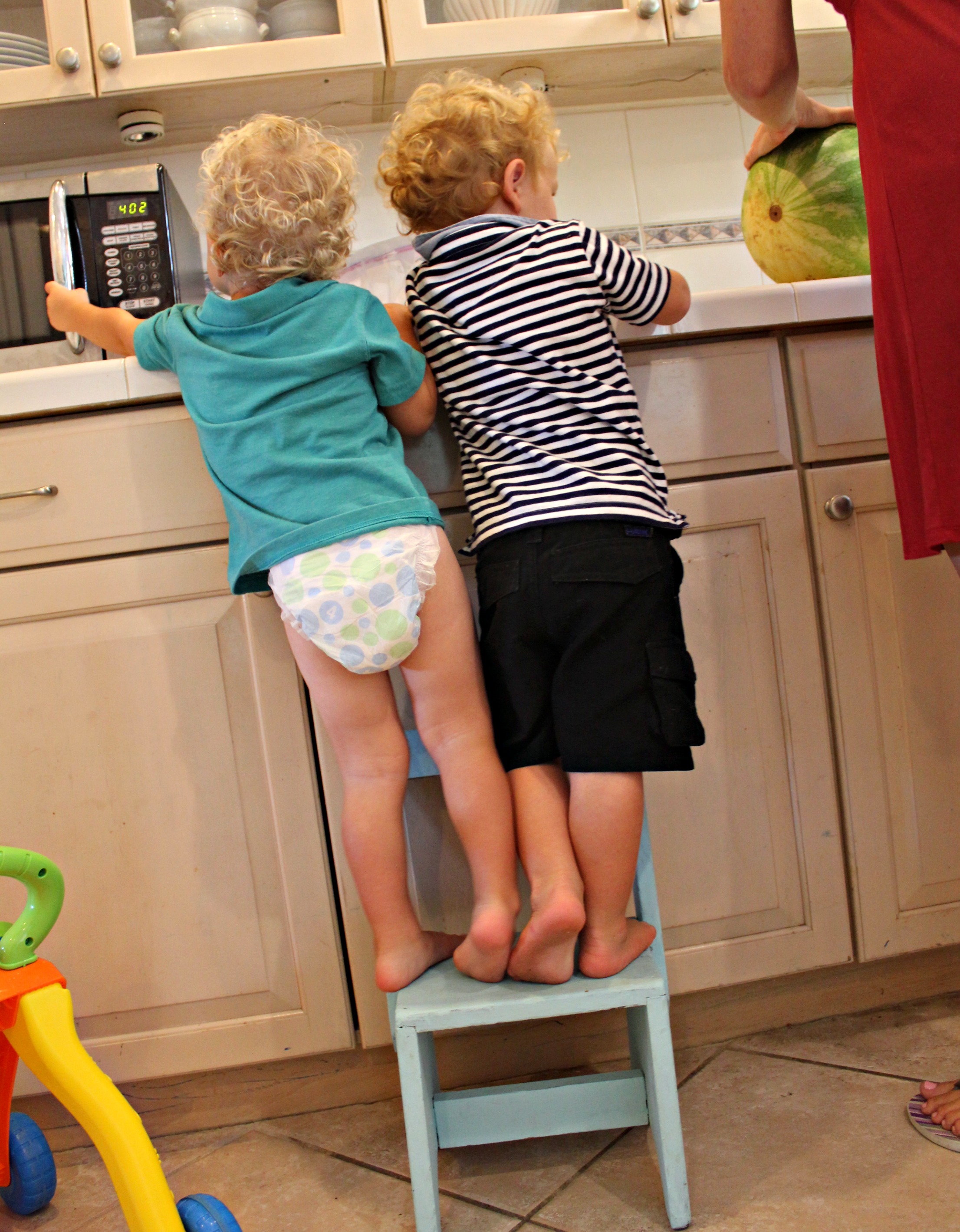 How have you slowed down to be more present with your kids? I’m all ears! Share your tips in the comments section below.