The modern dad and husband: the most thankless job on the planet

The modern dad and husband: the most thankless job on the planet

This story was also featured on TODAY Parents.

Yeah, I know. He’s the guy who hasn’t done the dishes in weeks and never puts the baby’s diaper on right. He hasn’t taken you out since your birthday, and says you’re lazy and that he wishes he could stay home.

But have you thanked him lately?

He may not do the dishes, but he plays with the kids to get them out of your hair. He leaves the seat up, but he when he stops at the deli, he makes sure to get your sandwich exactly the way you like it. He’s really annoying sometimes, but then he also knows how to bring out your silliness at the most unexpected moments. He doesn’t have a clue how hard you work at home, but then again, he’s under stresses at work that you don’t even know about.

We’re in an era and a culture that puts an enormous amount of pressure on fathers. It’s no longer the Leave It To Beaver days, where it was perfectly acceptable for a man to come home from an 8-hour workday, expecting nothing more than a hot meal, a jovial, sexually-available wife, perfectly-behaved children and hours of uninterrupted time in front of the TV.

Today, most men work at least 10 hours a day, sometimes more than 1 job, only to come home to face a mountain of additional tasks and shared parental responsibilities. Bathing the kids, playing with the kids, taking out the trash, handling the finances, being all there all the time. And during that time, work is expecting them to be constantly connected as well. Emails, texts, work notifications. He is on the clock all the time. And then he’ll be up at 6am to do it all again.

Is he getting any thanks from you?

It’s not the easy way.

Because we all know it’s way easier to complain.

At your partner’s confidence. His value. His sense of worth.

Because, we get it: you’re tired, pissed, overworked, under (not) paid, never thanked.

But, let me give it to you straight. You don’t deserve to be a b*tch.

You deserve to love him.

And your children deserve to see that love. Because your actions shape their eventual choice in a spouse. (Do you want your son’s future wife to treat him as you treat your husband?)

And, let’s not forget about him. As long as it’s a healthy relationship, he deserves a woman who says ‘thank you’ for the things he does right.

Unless I’m missing something, he’s the same guy you pledged to love forever, right?

The same man who gave you butterflies.

Who loves you with all of his heart.

Who would die before he let anything happen to you, or your children.

You are the mom, so of course, you know the best way to fold the kids’ clothes so they fit perfectly in their drawers (which, yes, we know you also reorganize every few months).

You are the mom, so of course you can translate what the toddler is asking for.

You are the mom, so of course you are the best at everything.

Maybe you can start being the best at building him up, too. 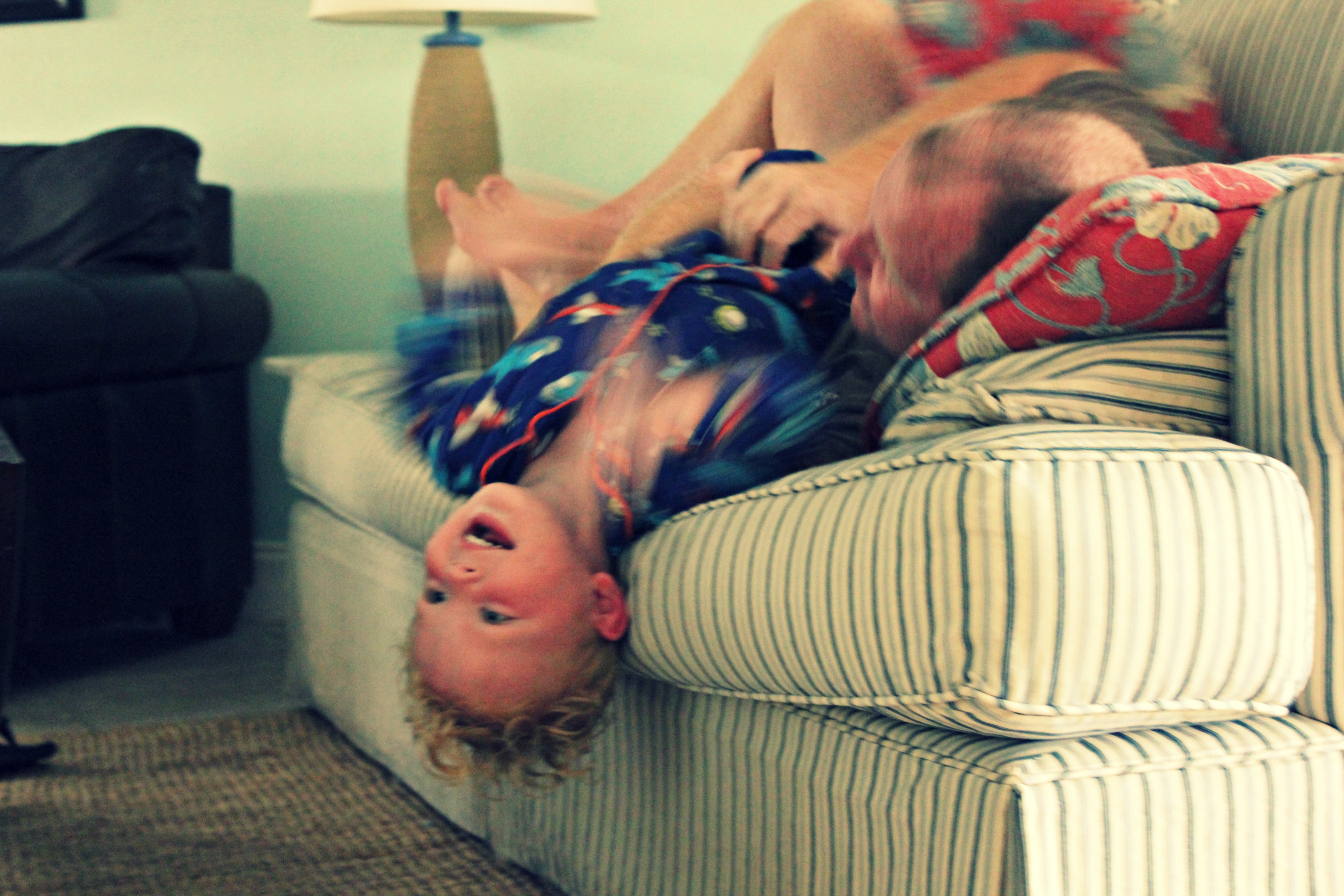 Today, I want to say thank you (and happy birthday!) to my husband. You’re not thanked enough for the work you to do support our family, and yet, you love us unconditionally. We are lucky to have you as a husband and father. Thank you for being you. (And for putting gas in my car, and always walking those nasty diapers to the outside trash.)

How do you thank your spouse? Share in the comments section below.