The 1 thing that could save your marriage

The 1 thing that could save your marriage

This post was also featured in The Huffington Post, in both the U.S. and Germany, along with iVillage Australia. 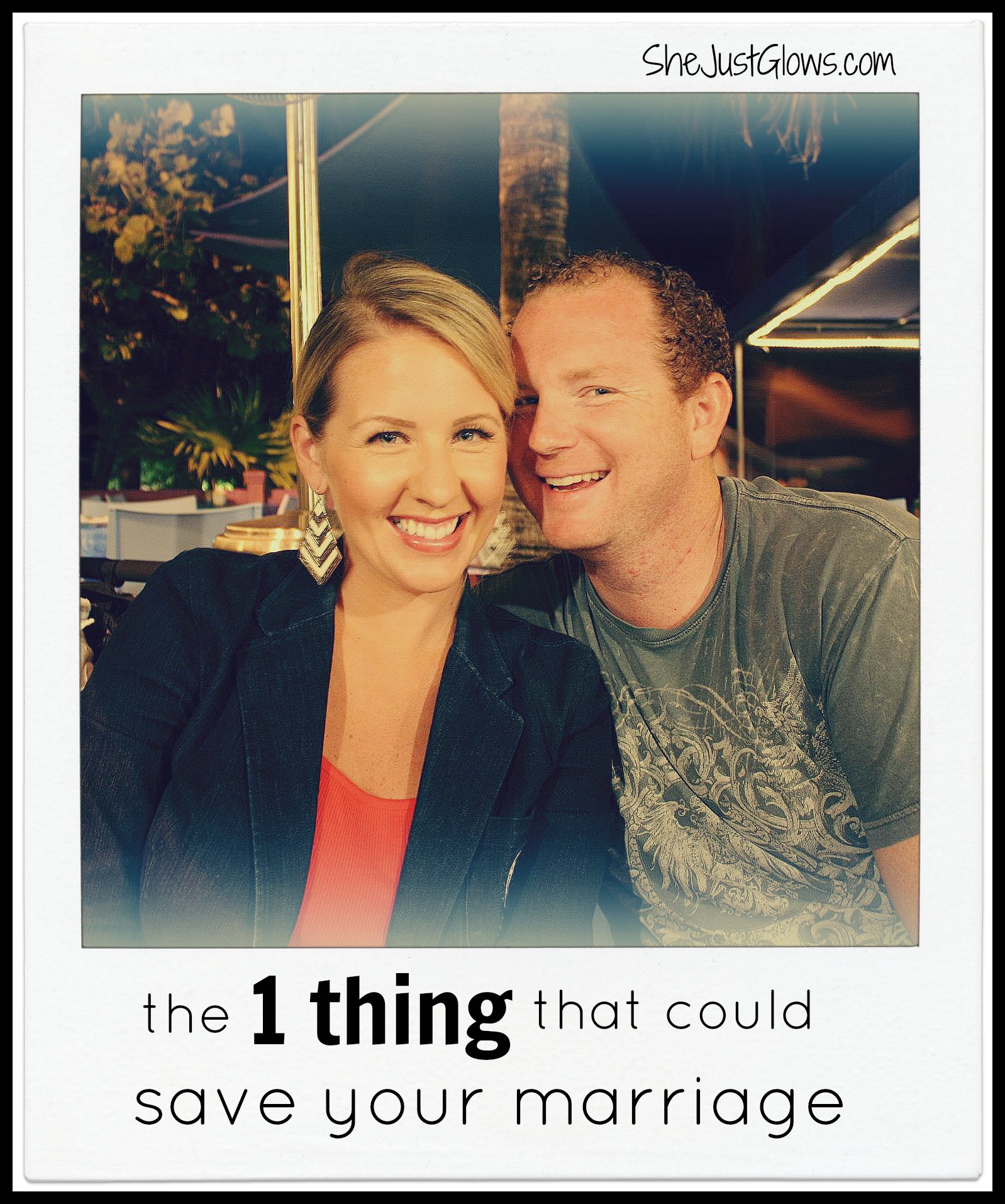 What he said wasn’t that funny. He was being silly and poking fun at something. I don’t even remember what.

He made his silly comment and with a twinkle in his eye, looked over at me.

Did I think it was funny too?

Usually, when he does this, it’s 6pm. I’ve been chasing kids and wiping snot and changing diapers all day. I’m pretty sure there’s still baby crap under my right middle finger nail. I’ve spent half the day reasoning with a 2-year-old about why we have to wear clothes when we go outside, and the other half explaining why we can’t push our friends off the playground equipment at the park (true story).

I’m still in the workout clothes that I sweat through at 6am. My hair hasn’t been washed in days. The kitchen sink is full of carrot peelings, water-bloated Cheerios and dozens of mismatched sippy cups and kid plates, and the kitchen trash smells like stale diapers and bad yogurt. (Doesn’t he know he should have taken the trash out last night?) My thighs are spotted with sweet potato crust from the little hands that pleaded to be picked up while I threw bananas and deli meat on a plate and called it dinner.

I don’t have time for this.

But for some reason, one day last week, I did something different.

I looked up, and instead of “woe is me” or “you don’t know the day I’ve had,” I did something really crazy.

And you know what? It did something.

My man smiled so big I saw his teeth.

And then he said something else silly.

And in the funny, rundown, delirious mood I was in, I laughed again.

So he kept saying things that made me chuckle.

The next thing you know, we were actually having fun.

The boys joined in and started laughing and chuckling too. And suddenly, our whole house transformed. The cold, smelly remnants of a rotten day gave way to a warm, happy, light glow that filled all of us up, from the inside out.

As I kept giggling, I looked again at that handsome pair of twinkling eyes.

I saw the man I married.

And I had transformed too. As I was smiling and being silly, I had again become the light-hearted, young girl who fell in love with him in the first place.

As the laughs kept coming, I kept looking. And I saw the selfless, loving, deeply compassionate father of my children.

And then I saw the pair of eyes that I will grow old with. The man who will hobble down Pass-A-Grille Beach with me when we’re wrinkled and gray.

So the next time you have the choice to roll your eyes and be annoyed, or laugh and make light of life, let me be real with you.

You’re not that important.