This article was also published by The Huffington Post, where it went viral and led to features on AOL, Moms.com, iVillage Australia, Poland’s national daily newspaper, and even a publication in Denmark. Scroll to the bottom of this post to watch author Janie Porter’s interview with HuffPost Live, the Huffington Post’s live network feed. 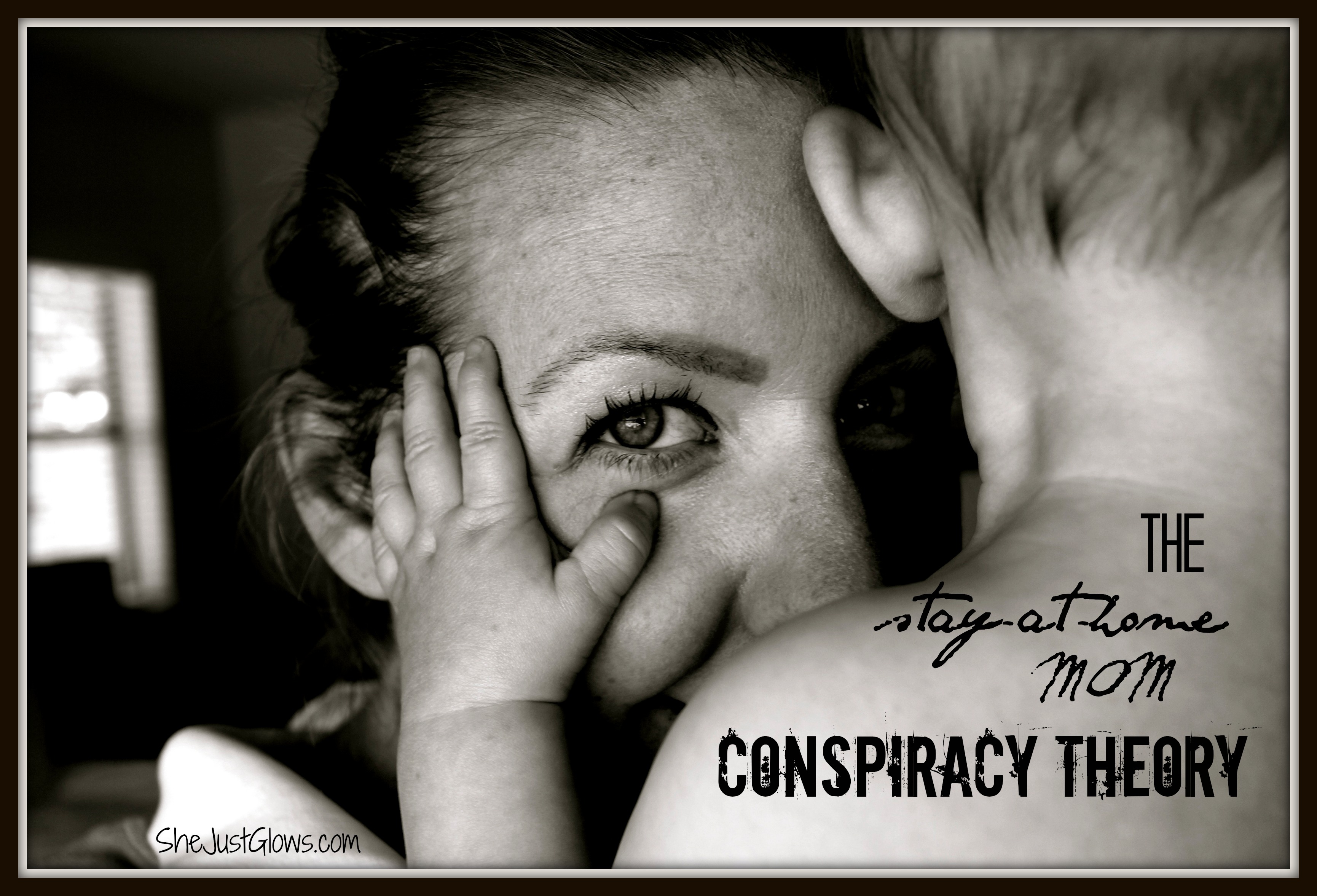 So I feel like stay-at-home moms have been keeping a big secret. I would almost call it a conspiracy.

Why didn’t anyone tell me this would be so hard?

Not hard in a I’ve-been-stressed-with-deadlines-for-10-hours-straight kind of way. But hard in a there’s-spit-up-on-my-shirt-and-I’m-hoping-I-can-shower-before-my-baby-wakes-up-in-5-minutes kind of way.

I spent the last eight years of my life as a TV news reporter and anchor. It wasn’t as glamorous as it seems, but it had its moments. I had a clothing allowance, wore false eyelashes and was occasionally recognized on the street.

Now my daily uniform is workout shorts and a nursing tank (forget that my son stopped nursing two months ago). I wear makeup maaaaybe once a week (to church), and even that’s a stretch. Oh and let’s be real: it’s foundation I brushed onto my unwashed face, blush (it makes you look more awake), concealer (duh) and lipgloss. The days of pulling out all the makeup stops are over. If it takes longer than the time my child starts waking up from his nap (when I start makeup) to when he’s progressed to an all-out scream (when I must stop), it doesn’t happen.

Oh and forget being recognized anywhere. I’m usually too busy pulling a baseball cap over my unwashed hair and wishing it was acceptable to wear shades inside Target to cover my dark circles and blood-shot eyes. Shoot, did I even look in the mirror to get the sleep out of my eyes before I left the house?

But irony can be painful.

In my former life, I would silently laugh when my stay-at-home mom friends would complain.

You’re tired? I got a call at 1am for breaking news, and I was live eight times before noon.

What I didn’t know was they WERE tired. In a much different way.

They were tired because their baby had been up five times last night, and they hadn’t slept more than 90 minutes straight. Because they had fixed breakfast, then snack, then lunch, then more snacks, then dinner, only to be left at 9pm with a dirty kitchen that smelled like a combination of spoiled milk and stale diapers. Because they had been picking up toys, dirty clothes and dog crap all day but the house was still a mess. Because the family’s only clean clothes were on the “laundry bed” and bathroom hadn’t been properly cleaned in three months. (Just curious: how long is it acceptable to wipe the sink with a wet rag?)

Nope, I had no idea. Not a clue. Nobody told me. And now I realize why.

You can’t complain about being a stay-at-home mom to those who haven’t done it.

And trust me, don’t try it.

You look like an idiot. An ungrateful idiot, which is even worse.

You’ve been there. You run into an acquaintance or former coworker at a going-away party or in the bread aisle at Publix (baseball cap strategy didn’t work), and they ask the now-dreaded question: “So how do you like staying home?”

At first, I tried to be honest. I thought they deserved a candid answer. I’d mix a little “I’m grateful” with a few dashes of “it’s much harder than I thought and very tough on my sense of self.”

Vacant gaze. Having been the person with no kids, I know exactly what they’re thinking. Unfortunately.

Are you kidding? You don’t have a job. How are you complaining? You sleep until 9am, stay in your pajamas all day and play with your cooing, angelic child. You have the easiest life imaginable.

So I changed my answer.

It’s not the full story, but it’s true.

And all I get are smiles.