I promise, I’m not ungrateful. But the cheap toy struggle is real. Here’s how I’m winning the battle against the plastic toys.

Okay, I’m just going to grit my teeth and say it.

I’m not ungrateful, but it’s true.

I’m sick of the crappy toys.

No matter where you go these days — school, church, birthday parties, the fast food restaurant — the cheap toys come home. And break. And get lost. And cause fights.

I’m not sure why, but in our millennial culture, toys have become rewards.

For learning a Bible verse. Attending a birthday party. Or saying all your sight words.

(Candy too, but I digress.)

Listen, it’s not that I don’t want my kids to have toys. Or to have fun.

But enough is enough.

Because each time, my kids come home with a plethora of small, plastic, cheap, going-to-break-tonight toys that I have to deal with, referee the whose-is-whose fights, pick up (so the baby doesn’t die) or creatively remove.

Before I was a parent, I remember watching a friend clean up her kids’ toys, and I gasped when she threw some in the garbage.

“What are you doing?” I shrieked. “That’s such a waste of money!”

“I’m throwing them away. They are cheap, and my kids don’t pick them up, and they don’t even play with them. They’re gone.”

The cheap toys need to go.

Seriously, when my kids bring these types of tiny, cheap toys that are going to get lost or the baby will choke on them or they will break in 36 hours, I wait until they stop playing with them and hide them in the fruit bowl on the kitchen counter. Then the next day, when they don’t ask about them, in the garbage they go.

For real, are my kids the only animals?

Because nothing lasts in our home.

A friend brought over some beautiful origami boxes she’d brought home for them from China. My kids grabbed swords and started hitting them like baseballs.

Literally, this is why we can’t have nice things.

These toys are always breaking.

I have tried to fight it, and now I realize this is simply how my sons are wired. They take things apart. They break them down. My sons aren’t being bad (well, usually *wink*). They are just being curious preschool-aged boys. Yes, I teach them to respect our things. But if the things will break with any level of force exacted on them, take it from me, the toy will not survive.

In fact, if I ever find errant tiny Legos in random places in the house, I don’t even walk them back in the Lego bin. They just go to the trash.

I don’t have the time.

(As an aside, I actually don’t allow my kids to play with any of our tiny Legos anymore because they promise they will clean them up and then they never do. We have 3 bins of tiny Lego bins on the top of the dryer, and my kids know they will be able to play with them when they are 10. Like, for real. They are not coming down before then.)

My rule is, if the toy hasn’t been played with, and they won’t ask for it by name, it’s gone.

It’s one of the reasons I refuse to buy Happy Meals.

Not only because I can get a 20-piece chicken nuggets for $5 (rather than 3 Happy Meals for $10), but also because the last thing I want are 3 new souvenirs that will ruin the rest of my day: follow us home, get lost in the car, get broken, or spark fights.

All of which will happen.

It took me a few years to realize that these cheap toys complicate my life, and simply I’m not willing to do it any more.

I understand why it’s annoying to read this and it sounds ungrateful and I’ll probably get some “you know some kids would love to play with these cheap broken toys that you throw away” emails, that’s okay.

I’ve come up with the best alternative to the cheap toy fight. 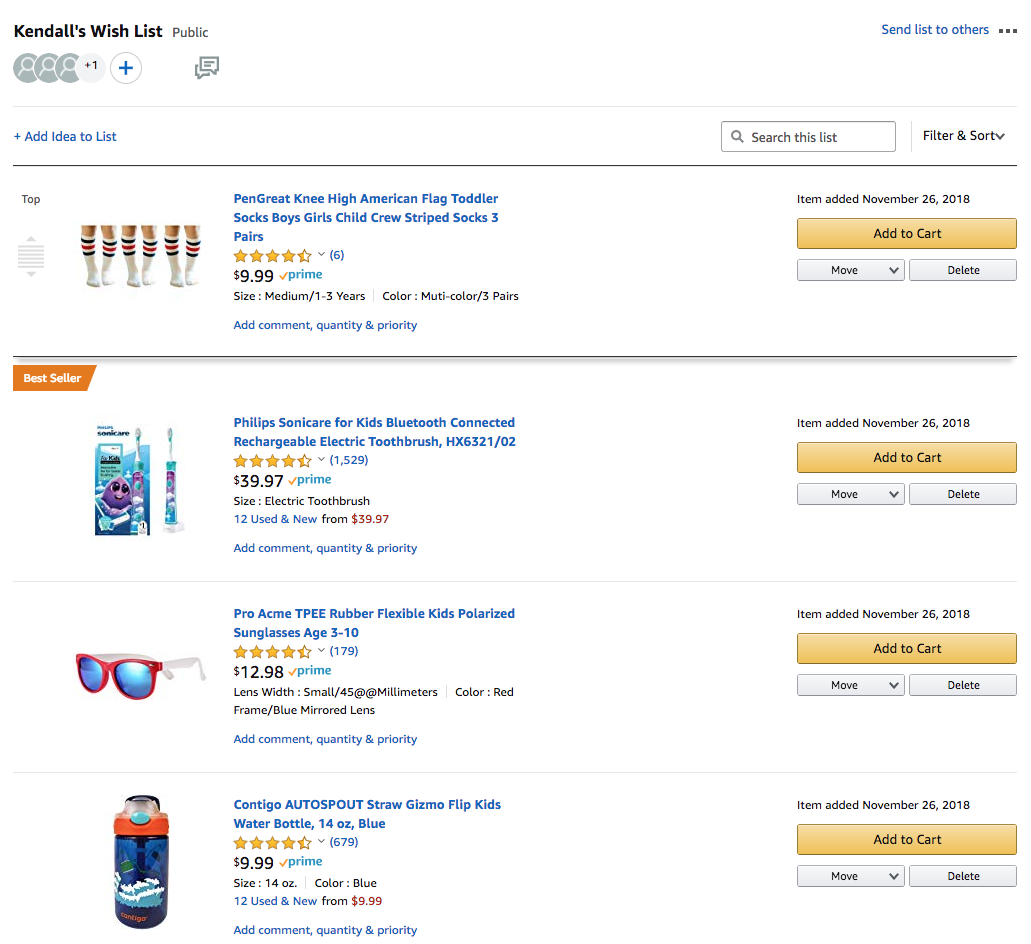 But, I only share the lists with our family, all of whom live out-of-state and are always needing gift ideas they can send.

It makes it so easy!

So now, every time someone asks me what one of my kids wants for their birthday or for Christmas, I send them a link to the Amazon Wish List

for each kid. (If you’re not an Amazon Prime member, here’s a link to a free 30-day trial

I populate the list with toys, clothes, shoes and books that will stand the test of time, and that our kids will actually love and use. (I used to let my kids chose what goes on their wish list, but that backfired and caused lots of whining and arguing. It might work for older kids, but my kids are all under 8.)

It’s seriously been the best thing, and I highly recommend it!

I usually update the lists just before Christmas and make sure they’re up-to-date and don’t include anything the kids have outgrown or have already gotten. Throughout the year, I’ll also think of random things and just add them to the wish list. For example, right now, our oldest son is very into rocks and gems, so I found a digging kit and a couple books and added them to his list the other day.

Some of the other items on their wish lists are: sports equipment, school supplies, art supplies, board games like Connect Four and Operation, books, pool toys, clothes, shoes, socks, underwear and educational games. 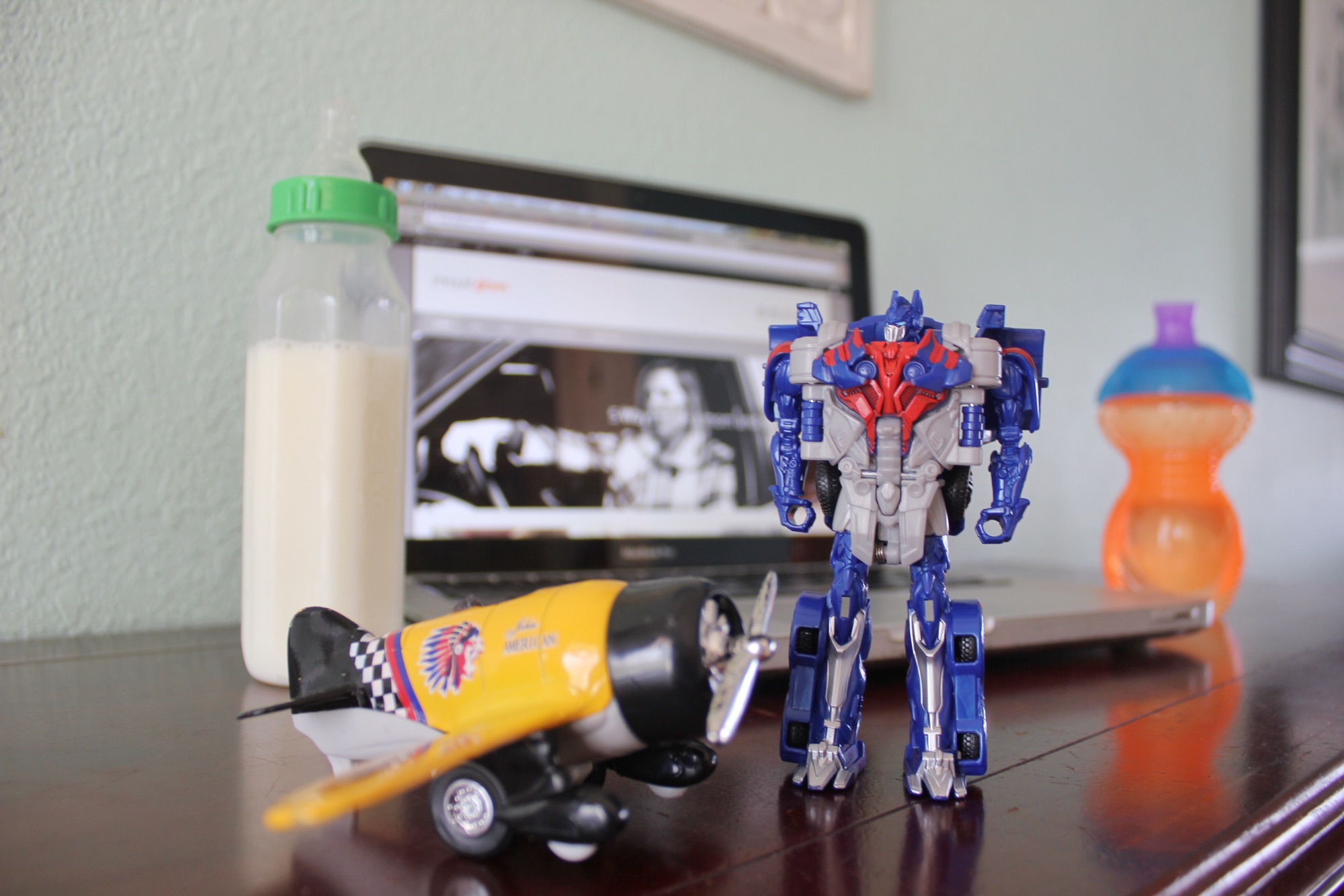 This post contains affiliate links, which means that I make a few pennies for sharing links to products I like. It doesn’t cost you any more. Every bit helps me keep my site up and running, so thank you!