So, I’ve been keeping a secret for a couple months!

I’ve been laying on the couch and throwing up.

We are pregnant with baby #4!

Basically, it’s been a crazy year so far.

In April, we bought a new house. For the next 5 weeks, I was project manager on about 20 renovation projects at the new house, while my husband traveled. (I’ll share photos of the new house soon, I promise!) On May 8, we moved in. And then, 3 weeks later, I found out I was pregnant!

This was definitely planned!

(I don’t usually go this TMI, but you know me by now, and well, I’m going there.)

In November, I got my IUD taken out. For the next 2 months, we “tried.” Like, charting days, and having sex twice a day for several days straight. Man, let me tell you. That is torture! I hated it so much. I gained weight, and I was so obsessed and fixated on taking that test every month. And then, when I’d start my period, I was defeated and depressed. It was awful. I wish it on no one. (For those who have tried unsuccessfully for months and years, I have a renewed, deep appreciation for your persistence and strength. I cannot imagine what you’ve been through. #respect) I’ve never put so much pressure on myself to get pregnant, but for some reason, this time, I did. Every month, my husband was like, “Please, you need to calm down about this. Stop keeping track of everything.”

So finally, in January, I said, ‘Forget this. I am not going to torture myself anymore. If it’s going to happen, it will.’ I gave it to God and stopped thinking about it.

Then, over the next 4 months, we bought the house, renovated and moved.

And I swear, literally, the week we moved in, my body must’ve finally relaxed. And we conceived.

When I told my husband the news, on Memorial Day, we were both ecstatic. I’m from a family of 4 siblings, and we’ve both always wanted 4 kids.

It felt right. It felt good. We felt lucky, grateful and humbled.

Because I’m 35 (which is hilariously considered “advanced maternal age” now *wink*), I got to take a blood draw at 10 weeks that tells us, among other things, the baby’s gender.

And last week, we were in for the biggest shock ever. 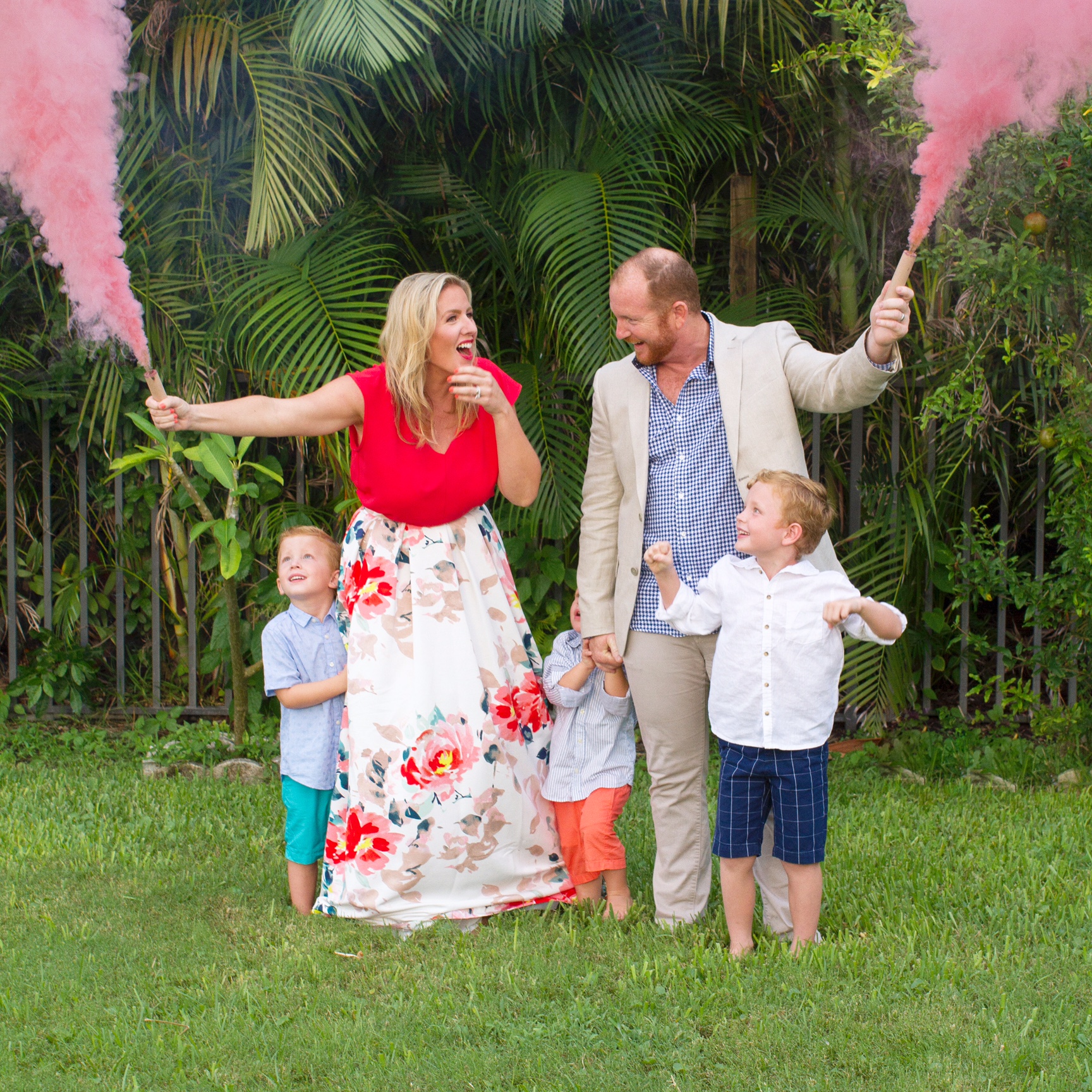 I am going to have a daughter.

Even typing out those words, I feel like I’m somebody else.

I’ll be honest, I still don’t believe it.

To be frank, I wasn’t hoping for a daughter. I was hoping for a healthy baby, yes. But I think, in my heart of hearts, I kind of loved the idea of having 4 sons. (I share more about that in this post.)

But for now, that is my news! (And also why I’ve been so MIA lately.)

We are due in February, which is thankfully plenty of time to buy a ton of girl clothes and to figure out what the heck you do with a little girl! 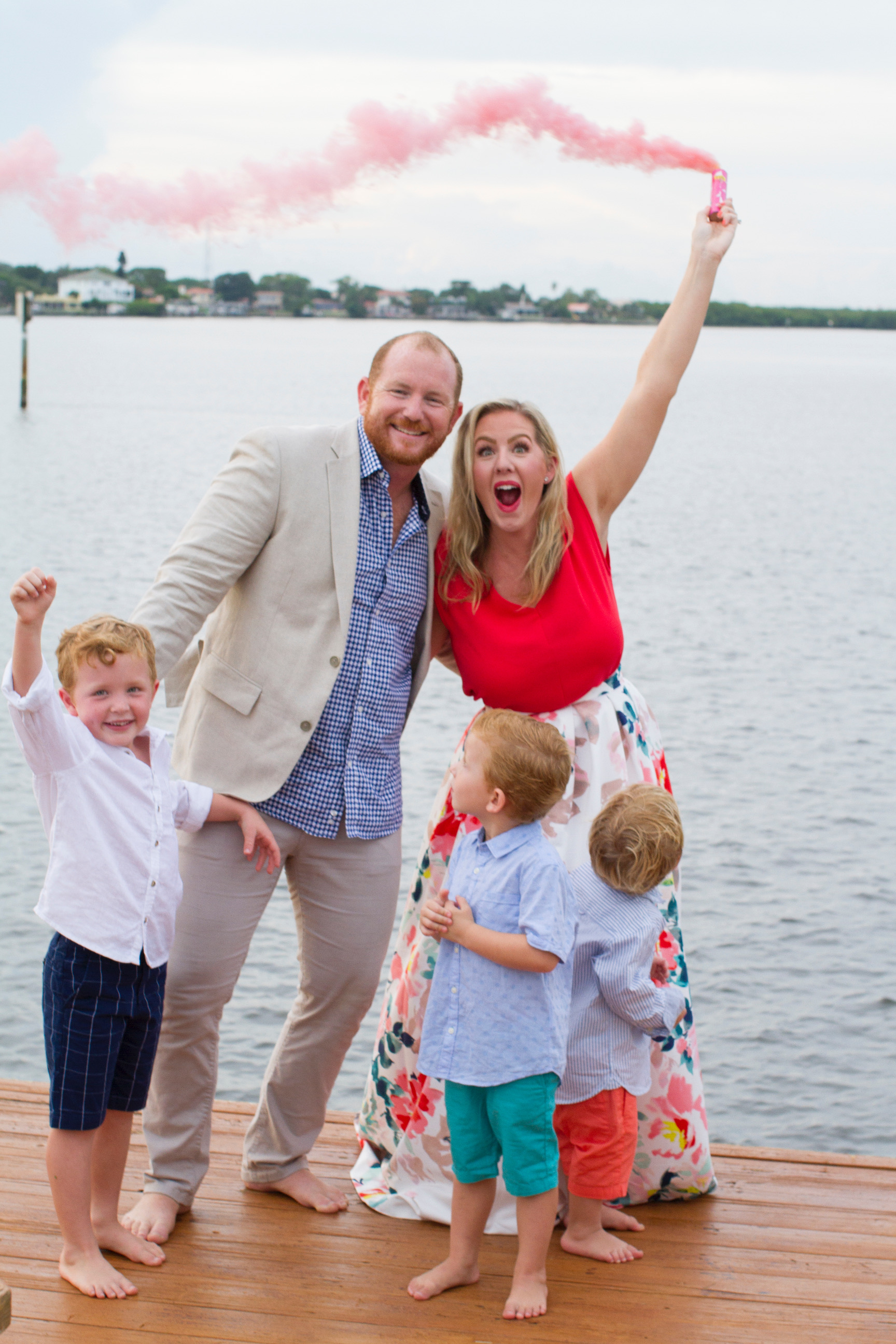 I need all the help I can get! Moms of girls, please share everything in the comments, and on the Facebook page!

We have a great marriage, but this season has been