The worst gift my husband’s ever given me

The worst gift my husband’s ever given me

I felt a thick ball of disgust in the back of my throat.

It was Christmas morning, and the kids were playing at our feet.

My eyes fell back to the lingerie and formal dress sitting in an opened package on my lap.

Seriously? THIS is what he got me?

And then I looked up.

To see my husband.

He was so proud of the gift he’d chosen for me.

And then, I felt guilty. I felt stupid. I felt deflated.

And most of all, I felt totally not understood.

“Oh wow, thank you! I’ll have to think of somewhere to wear this now!” I said robotically as I told myself to smile.

But inside, I felt angry and sick.

What a waste of money! I thought to myself. We never go to fancy dinners anymore. When will I ever wear this dress? Is he saying he wants our old life back? I’m tired. I’m always giving. And this gift, a nice dress and lingerie, is all about him. For once, can’t a gift be about me?

And even though I didn’t say a word about it for hours, the pity party had already begun. And my negative thoughts ended up hijacking our whole day.

I shut off, as the martyr complex replayed itself, over and over, in my head.

I was mad at the gift, and I was also mad at myself for being mad about the gift.

I wanted to turn it off, but I couldn’t.

He was so hurt.

When we eventually talked about it, I told him how the gift had made me feel. That I was feeling hurt, too. That, as I opened that pretty box and shiny wrapping paper, I felt like my needs were totally overlooked. I know it seems silly that such a nice gift could hurt my feelings, but it did. It felt like nothing in that box was about me. In my mind, the dress and lingerie were about what he wanted me to do, and who he wanted me to be.

And then he told me that that wasn’t it at all.

He said that he’d bought me the dress and lingerie because he wanted me to know that he finds me sexy and beautiful. That I can still rock it, even after 3 kids and in my still-losing-the-baby-weight body.

He got me the gift because he loves me very much, and wanted me to feel special and cherished and alive.

I’ll be honest. It took us a while to get over that morning.

The truth is, I totally ruined last Christmas for my husband and I. (And it’s taken me several months to even write those words.)

I wish so bad I could go back. And erase my hurt and sadness over the gift my husband wanted so bad for me to love.

About a month later, I was sitting at a friends’ house with a bunch of moms and little ones. And someone started talking about the worst gift their husband had ever gotten them.

Soon enough, everyone was chiming in with their stories. (And I realized, Hey! I’m not crazy!) Their stories were much more light-hearted than mine, but a common thread remained.

They all felt misunderstood.

“Platform heels,” one of my friends said. She’d told her husband she wanted to feel more sexy, and he ended up buying the most obnoxious, clear plastic stripper heels you can imagine. She was not impressed.

“That wasn’t what I meant,” she chuckled as she recalled the gift.

Another wife said her husband always buys her big electronics.

“Something about being able to buy me a nice new computer or camera makes him feel good, and like he’s buying me something big and shiny. But it’s not personal. And, to be honest, I could have picked that out myself.”

A third friend chimed in to say her husband had bought her a cheap watch one year. He’d built up the gift, as if it was going to change her life. And it turned out to be an off-brand watch that she didn’t even like.

“I’m not a snob, but if you’re building it up that much, at least make it a name brand,” she said. “It was tacky, and I just wanted to return it and use the money to save up for something I really wanted.”

The point is, we’ve all felt misunderstood at times.

In fact, I’ll bet you have your own bad gift story floating around in your head right now.

Don’t let your husband’s generosity fall onto a negative heart and a wife who sulks like a martyr for the rest of the day.

I can’t tell you how much I regret last Christmas. (In fact, I’ve told my husband I don’t deserve any gifts this year LOL.)

I learned that the next time I’m in that negative moment, whether it’s about a gift or otherwise, I’m going to choose to think about his intentions, and go from there.

Did he feel so excited and proud of the gift he’d chosen? YES.

Was he trying to express that he cares about me more than anything? YES.

Does he love me and want me to feel special? YES.

The gift is just a detail.

What really matters is his heart.

And so, the next time my husband gives me an impersonal gift, or lingerie, or an off-brand, I’m going to smile and give him a big kiss.

Because he loves me and wants to please me.

And if you ask me, that’s anything but tacky. And something I’ll never, ever, want to return.

(By the way, this is the dress he got me. I ended up loving it, and we planned a special, fancy date night, just so I’d have a place to wear it!) 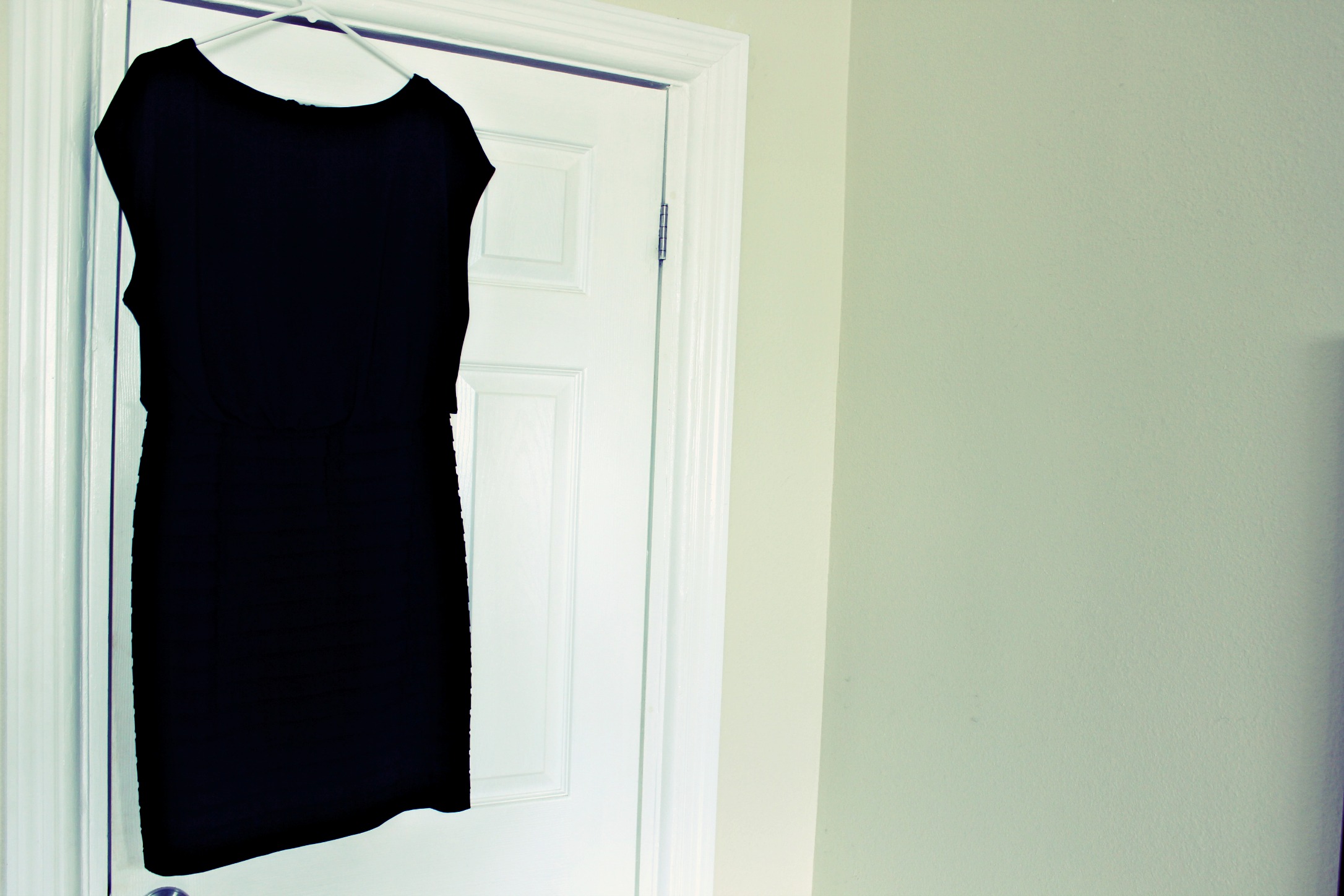 Okay, I know you have a story too! Share yours in the comments section, or on the Facebook page!