It’s such a contradiction. I dreamt for so many years of being a stay-at-home mom, and when it finally happened, I started to get bored. So then I started scheduling a bunch of stuff, and before I knew it, I wasn’t even enjoying my kids. Here’s how I changed that.

“Mommy, take me to the balls! Pleeeeeease!”

We were at the children’s museum, and it was the fifth time my 2-year-old had asked.

It was Monday, the only day of the week when all 3 of my kids are home. And I always had to schedule an activity.

I sighed in frustration, and did little to mask the bitter annoyance in my voice.

“No, son. We’re playing at the slide right now. Maybe in a bit.”

But it was a lie.

Because we weren’t playing.

The fact was, I wasn’t playing with anyone.

I was talking to my friend, who’d brought her kids along so we could catch up. She was telling me about the latest drama with her mother-in-law, and I just had to know how the story ended.

More important… than playing with my own kid.

Of course, there’s nothing wrong with me wanting to have an adult conversation. But when did that become more important than interacting with my own child?

On the way home, my toddler shouted cheerfully, “That was so fun, Mommy!” from his carseat in the middle row.

And for some reason, my heart sank. Because I knew it was a lie.

He’s so used to me ignoring him that he doesn’t even notice it anymore.

As we pulled into our driveway, I got a lump in my throat.

And then, something clicked.

I realized that I was doing everything I could to avoid spending alone time with my kids.

Once I got the kids down for naps, I glanced at my schedule for the last week.

We went to the park on Monday. But it was really because I hadn’t seen my friend in a while and felt like I should text her. She suggested meeting at the park, so we sat on a bench and I heard all about her new job, while the kids begged us to push them on the swings.

The kids and I played soccer in the backyard on Tuesday. But the only reason I got the goal out was because the neighbor kid wanted to play and I wanted to keep talking to his mom.

We went to the aquarium on Thursday. But only because a group of friends I hadn’t seen in a while had asked us to go.

Of course, none of those things were bad.

I still happen to think I’m a great mom.

But after that day at the children’s museum, I made a big decision.

I’m not going to take my kids places, just to ignore them to carry on a conversation with the other kid’s mom.

I don’t want to set up a playdate, or go somewhere fun with my kids, just to shoo them away from me, so I can hear the latest about my friend’s new workout routine or her favorite salmon recipe or her take on the latest preschool drama.

Because none of that trumps engaging with my kids.

Of course, I don’t need to spend every waking moment staring at my kids, and being their everything and making my whole world revolve around them. But in that moment, I realized I needed some balance.

And, this also isn’t meant to discredit the enormous importance of Mama relationships. They are critical and so amazing and so important.

But for me, they’d gotten bigger than my kids.

And it’s been so freaking awesome.

Now, every Monday, I ignore my urge to call, email or Facebook everyone I know to invite them to the fun time we’re going to have.

In fact, I don’t even text any friends.

Because it’s just going to be us.

And let me tell you: we have so much fun. (And I’m seriously trying to soak that up, because I know my kids won’t think I’m that cool much longer.)

Of course, our friends are great. But the dialogue is so awesome and honest and raw and beautiful when it’s just us.

When I don’t have to tell my kids to go away, or be quiet, or do what all the other kids are doing.

Now, if we go to the park, I have the delight of being undistracted and seeing my children laugh and help each other and ask how bees make honey and why butterflies are different colors.

If we go to the children’s museum, I have a front-row seat to hear them roar like lions and laugh at the way the hula hoop falls.

But most of the time, I’ll be honest, we don’t even leave the house.

And, they delight in having a captive audience as they debate the differences between Spiderman and Batman, as their mom looks them in the eye.

They come alive, when I tell them I’d like to go on a treasure hunt around the neighborhood. An hour later, we come home, carrying sticks and leaves, and boasting about our adventures as renegade pirates on the high seas.

Their eyes sparkle when I turn off the TV and ask them to come cuddle and read a book with me. Or come outside. Or make a craft together. Or have a dance party.

Just because it sounds fun.

And the crazy thing is, it is fun.

In fact, when I’d scheduled all those creative playdates and planned all those great activities, I’d forgotten how fun ‘just being a mom’ really is.

And you know what’s even crazier?

They’re only 2 and 4, but they’ve totally noticed.

Oftentimes, when we’re driving and there’s a pause in the conversation during our Monday adventures (because I’m not ignoring their chatter so I can continue with my own), I hear those perfect, tender voices utter the most amazing, sweet things.

Because they know I’m listening.

And from the front seat, tears quietly fill my eyes.

And gratitude fills my heart. Because I am present enough to know that what I’m experiencing, right now, is so very precious.

It’s like God’s way of wrapping a bow around my heart and reminding me that where I am is exactly where I’m supposed to be.

Even though there’s not another mom friend in sight. 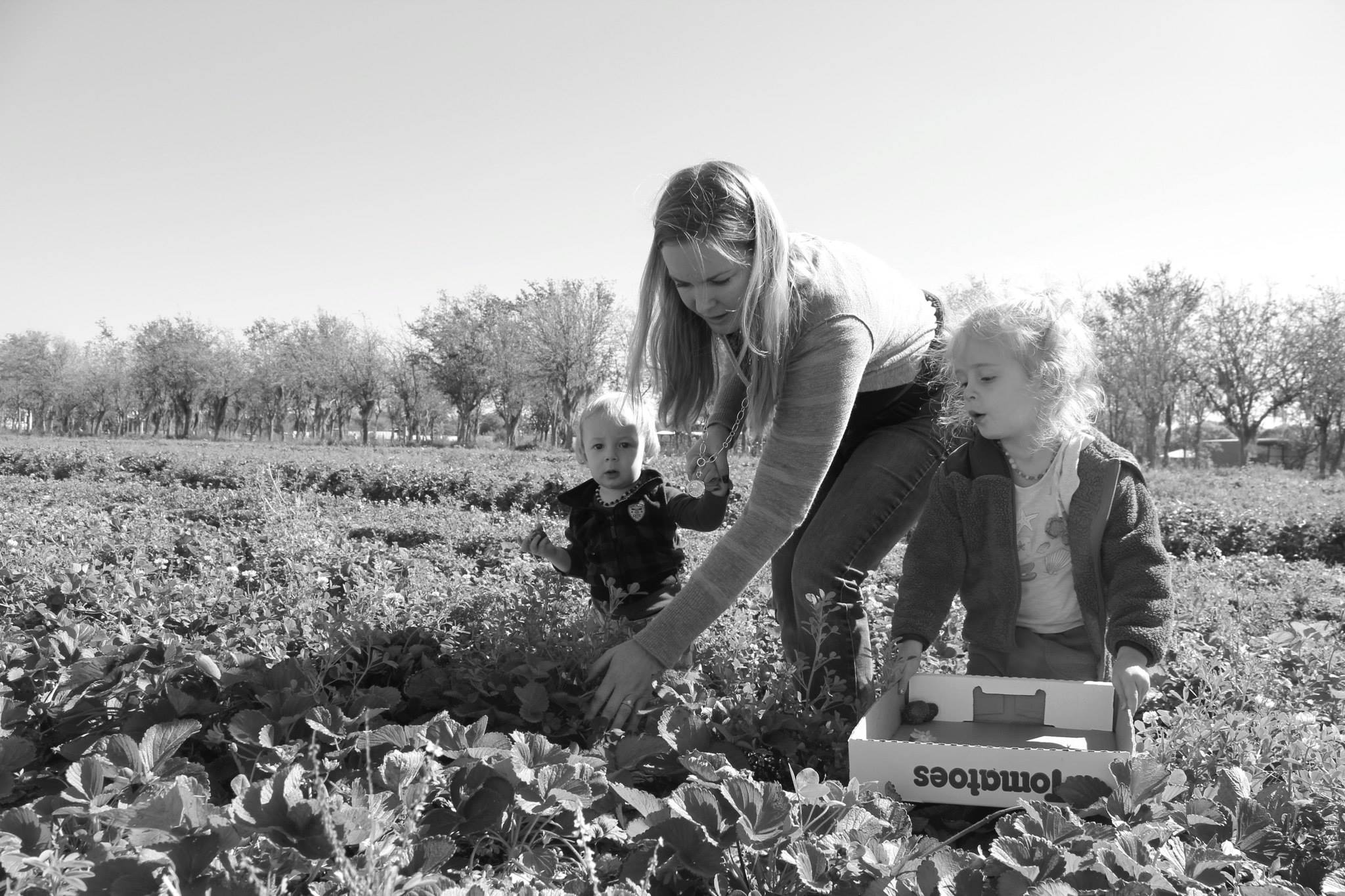 I totally think that mom friends are amazing, and so important, but this was a very personal discovery for me that made me really think about my scheduling habits and my priorities. Have you experienced something similar?