I’m not the boss of the universe.

I’m just a tired mom of 3 boys under 5. Who brings her kids to the park to let them play and run around and… well, be away from me.

And, you see, when there’s a toy at the playground, it really sucks for me.

Take, for instance, that birthday party at the park a few weeks back.

All 7 toddlers were playing happily on the slide, swings and monkey bars.

Until that 6-year-old rolled up. (Yep, he rolled.)

On a ginormous, motorized toy truck.

For the first few seconds, it was cool.

We all stopped to watch the huge, plastic toy crunch over the mulch and grass, as it made its slow victory lap around the playground. The big kid grinned smugly, and I immediately felt his boyish pride, as all the toddlers stopped to gawk.

But then, it started sucking for me.

Because all the kids wanted a turn.

In all fairness, the older boy was so sweet. He let all 7 toddlers take a turn riding shot gun with him, all the way around the playground. (Truly, he was so kind.)

But in those 8 slow, excruciating laps began the death of my awesome morning.

Because, after everyone got a turn, the big boy was ready to go back to riding alone. (Heck, I don’t blame him.)

And we, the parents-of-all-the-3-year-olds, were left to deal with the aftermath.

“He already shared with you guys!” we reasoned with them. “Play with something else.” “It’s his. Your turn is over.”

But nothing was working. Because the big stupid truck was still right there for all to see.

Before I knew it, our fun, heart-warming family outing had turned into a multi-parent refereeing event.

And so, parent of the big boy who brought the toy to the park, I’m just going to say what everyone else is thinking.

That toy sure is neat. But please, next time, leave it the frick at home.

In my opinion, kids should know that coming to the park is fun enough.

Because, here’s the thing:

That means it’s one of the few places where you don’t need other fun things to do. It’s not the doctor’s office, the DMV or a fancy restaurant. It’s a place with slides, swings, stairs, rock-climbing walls and tons of other kids to play with.

So, please. Do me, and all the other parents in the universe, a favor.

And just let your kid play.

You know, with the stuff that the park already comes with.

Me (& every other parent at the park) 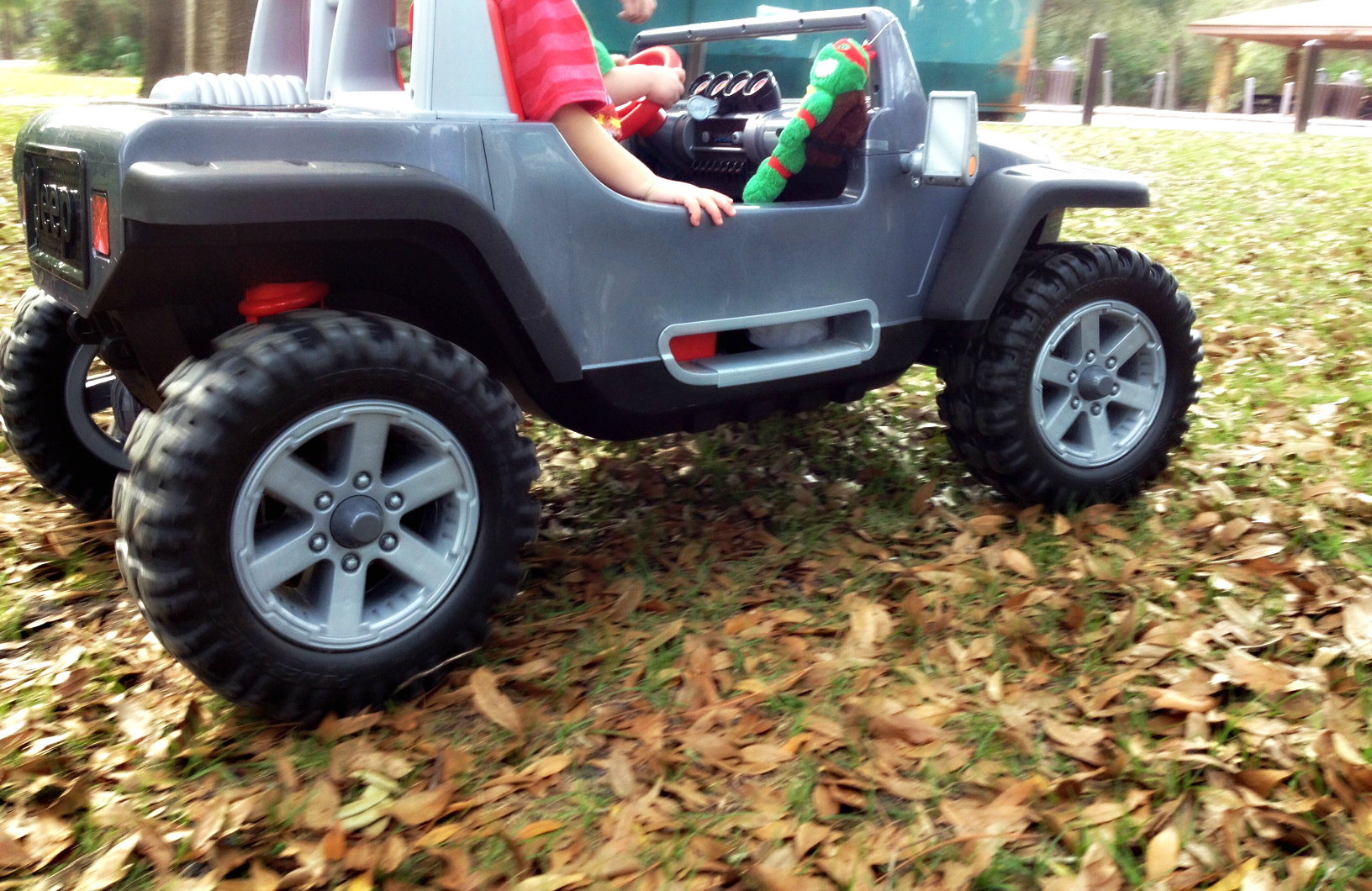 Speaking of annoying toys, did you see the music video I made about the most annoying kid toys in my house? (It’s a parody of the fax machine beating scene in the movie Office Space.) Check it out on my YouTube channel!