I got 99 problems and a clean Suburban ain’t one. Here are some car-related problems you’ll only understand if you’re a mom.

1. Random interior lights always on. When we get home, I let the toddler out of his carseat while I bring the baby inside, and for about 30 seconds, he climbs through the car and starts pushing random buttons. The catch is, when you turn the car on, all the lights go on, so it’s not until you lock the car and need to go inside that you notice that 1 random overhead light is on in the backseat.

2. The third-row toss. I mean, what the frick? I wish someone had told that it’s virtually impossible to get anything to the kid in the third row. You know the story. The kid 2 rows back needs a sippy cup or a snack or chicken nugget tossed to him mid-ride on the drive to church camp. You take a deep breath at the next red light, gear up and then throw your most gentle-yet-direct lob to the backseat. And it fails. Every. Single. Time. Either it’s short, or it hits the target and ricochets onto the floor. And then the tears. The angst. The drama. From the kid who can see the sippy cup or Goldfish container that’s right there, but juuuuust out of his reach. It’s agonizing. (For all.)

3. Gross smells all over the place. Sometimes you change the baby in the rear storage area, and forget to bring the diaper to the trash. Other times, you’re tossing french fries and milk cups to kids in the backseats, and you lose a few soldiers to a forsaken corner of the carpet. It’s forgotten until 6 days from now when the stench reaches epic proportions.

4. Gum. Here’s the deal with that: If. There. Is. Gum. In. The. Car. They. Will. Find. It. Being that my children are all 4 years old or under, there’s no way I can allow gum-chewing. I, however, need it in the car, especially on the days when I’ve been feeding, dressing, bathing, and teeth-brushing kids all morning, but haven’t dressed myself or brushed my own teeth before leaving the house. I’ve found a trick that kind of keeps them out of it, but still, if there’s any gum in the car, I will be finding sticky wads of sugary mess in random places for the next 9 days. This is a problem.

5. Lost flip flops, sippy cups and other kid items that will never be found again. They will disappear in the dark abyss of the back row. Don’t even try to find them. They are gone forever.

6. Constant complaints about music volume and air temperature. My back row kid wants his church camp music on full blast, but I want to talk on the phone in the front seat. No way to make everyone happy. Middle row kid wants window open, but back row kid says it’s too cold. It’s an ongoing conversation, and no one wins. #arewethereyet 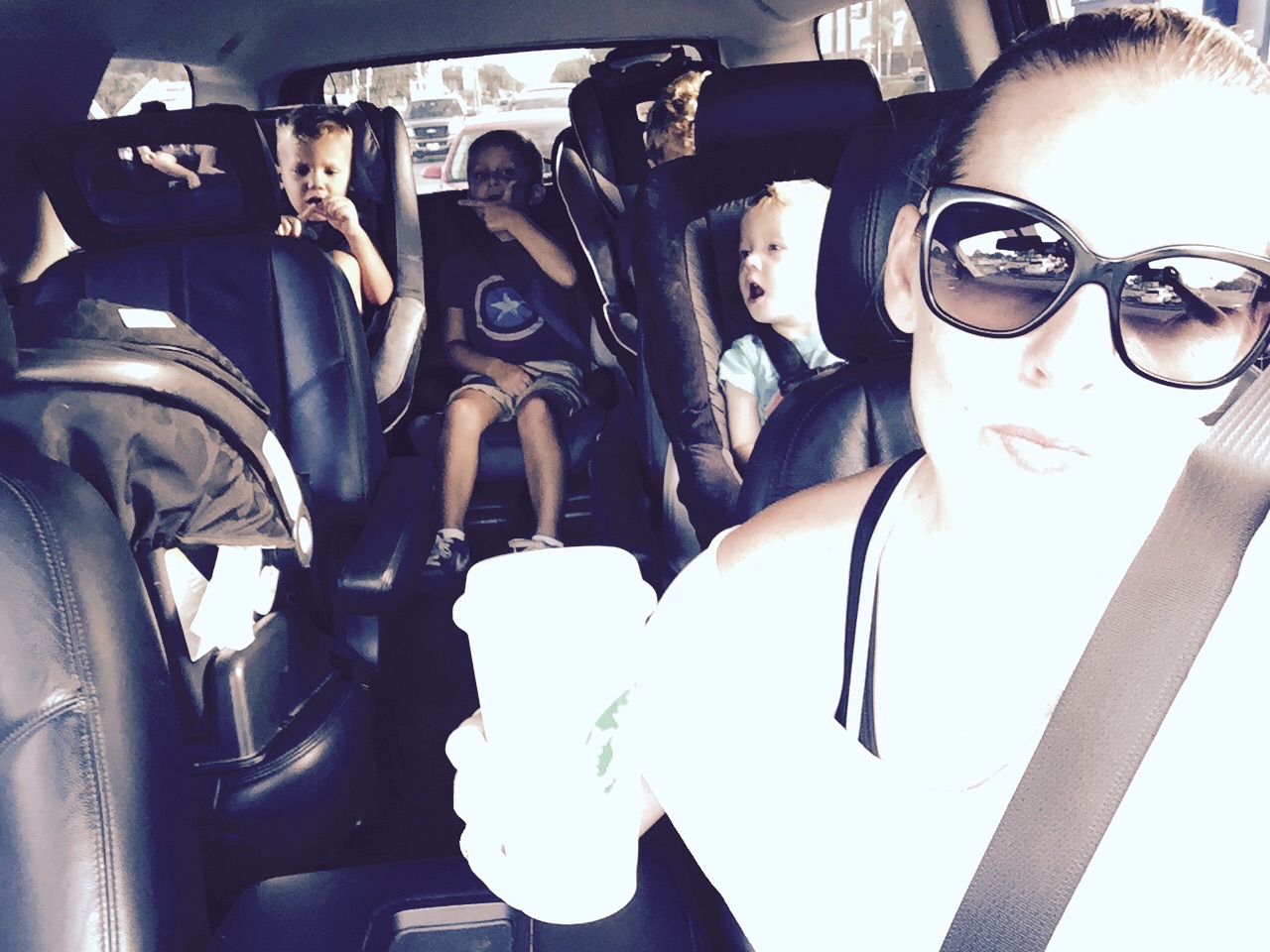 Share your car problems in the comments section below!

Check out 7 Things Organized People Have in Their Homes

by Tend Editor at Mode