Motherhood: The job you can’t see

Motherhood: The job you can’t see

Why is motherhood so hard? Well for one, it’s a job you can’t see. You can’t grade it, you can’t quantify it. So how do you measure your success?

When I was a TV news reporter, at the end of each day, I had a product. A news story that aired at 6:03pm. There was a start, a middle and an end. A minute and a half later, it was over.

But as a stay-at-home mom, there is never a real grade. There is no product at the end of the day. No way of quantifying all that I did. (And besides, that, I’ve usually gotten nothing done by the end of the day anyway.)

Really, most days, “all” I do is keep the kids alive.

It’s the main reason I think many new moms play the comparison game.

“Oh, how long has he been walking?”

“Is she eating solids yet?”

How do you measure whether you’re making the mothering grade?

When you’re thrust from a highly-competitive career into momhood, it’s jarring. Because you’re used to getting a grade every single day. The viewers hated your story. Lots of bad comments. Or, ratings were awesome and your live shot rocked. Well done.

But with parenthood, there is no grade.

So it’s hard to know how you’re doing.

When I first started staying home, I looked to my kid for my grade.

If he was well-behaved, I got an A+. If he had a partial meltdown that I avoided with diversion tactics, B+. But for the all-out, fight-’til-the-death meltdown in the Legos aisle at Target, it was a definite F.

Until one day, I realized that was the stupidest thing ever.

Because it’s ridiculous to base our success as mothers on people who are 2-feet tall and poop in their pants.

Because kids have free will. (And, don’t shoot the messenger, but that means that even the very best people can raise less-than-stellar kids. Because we all make our own choices. Kids included.)

Mama, our job can’t be quantified.

You can’t see my work as a mother.

You can’t touch it.

Which is why I find that sometimes, in the midst of the toughest, in-the-trenches parenting days, I simply love doing a task with results that I can see.

(Yes, manual labor. It’s rewarding because I can see something being done.)

As I’ve shared before, my husband and I literally had an argument over who would paint baby #3’s room. It wasn’t because we wanted to sweat and hold paintbrushes all day. It was because we wanted a break from the kids.

And because, unlike breaking up tantrums and making peanut butter and jelly, painting is a task that you can see.

And Friend, I can’t tell you the sense of fulfillment I had as I watched that paint roller go up and down on that drywall.

Why was it so gratifying?

Because it was a visual confirmation that something was happening.

As the sticky roller covered each space, I was mesmerized at the way that soft blue paint stuck onto each inch of that tan-colored wall.

I had a system.

It was just me.

For 2 hours, I just watched my arm fat sway as I moved that roller all over those 4 walls. Every few seconds, another square foot was coated in that dreamy blue.

Something was getting done.

It was a job that I could see.

And even though I wouldn’t want to paint everyday, that day, it was just what I needed.

Because sometimes during the fights over who wears the blue Spiderman sock and why we can’t eat cheese puffs on the couch, I forget what I’m really doing. That I’m building people. Crafting characters. Molding decision makers.

Sure, my work will be visible in a few years.

But right now, it’s just a lot of hugs and dirty diapers. 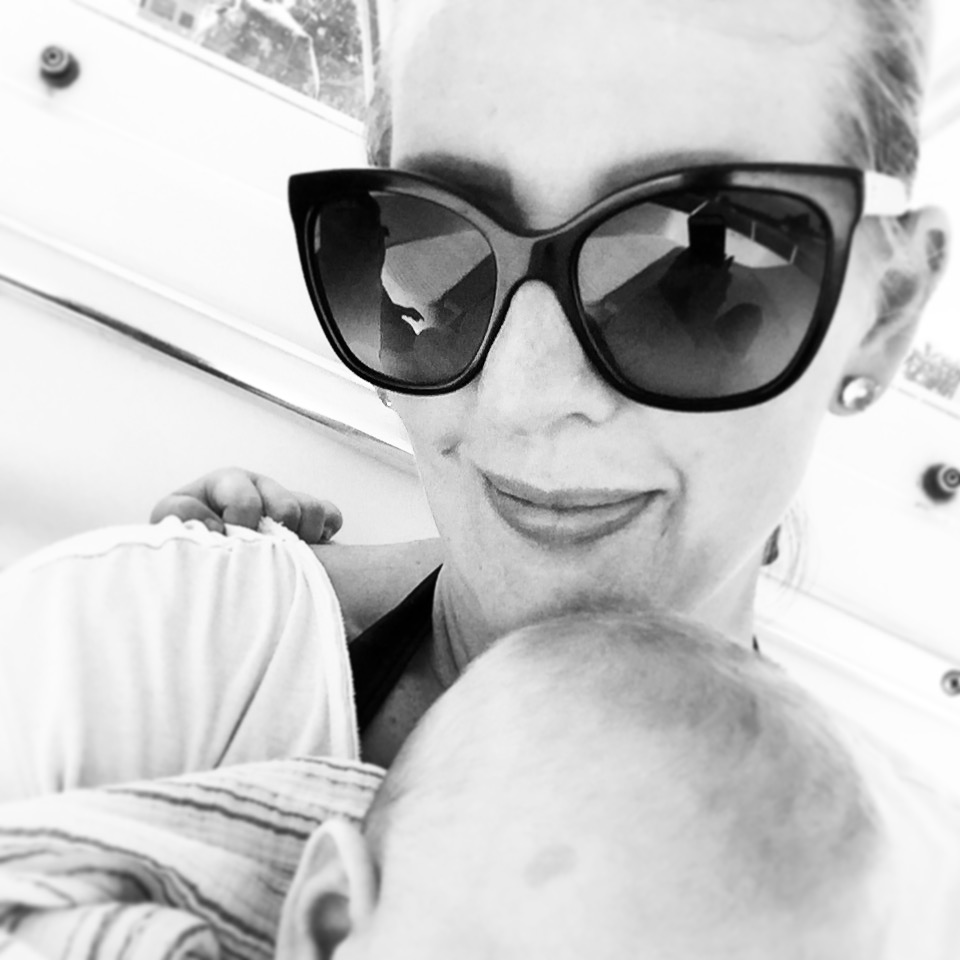