Mother: I went to Target and sex traffickers stalked my kid

Mother: I went to Target and sex traffickers stalked my kid

It’s something we all do, all the time. Take the kids to Target. But one mother on Facebook says her little girl was targeted by a child sex trafficking ring while she was inside the store. While the local sheriff’s office says this story is an urban myth that did NOT actually happen, it’s still a great opportunity for us to educate ourselves about what sex traffickers look for, and how to protect our kids. #knowledgeispower 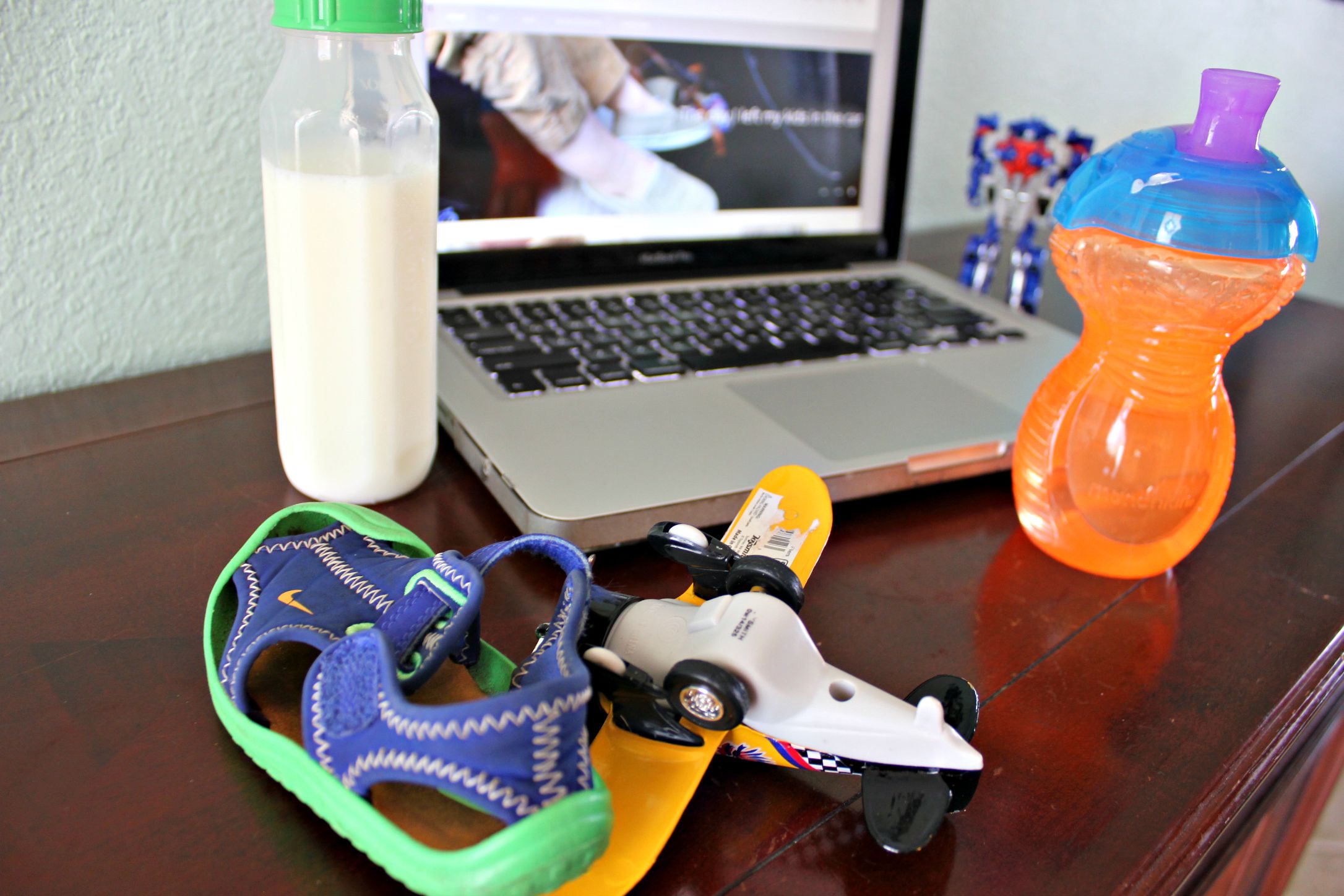 A mother says she was at a Target store in Tampa, shopping with her baby and 5-year-old daughter, when she says her daughter was targeted by a sex trafficking ring.

The store is less than 10 minutes from my house, so my stomach was in knots as I read her story.

While the mom was shopping, she says a 10-year-old girl kept coming up to them and trying to get her 5-year-old daughter’s attention. The girl was acting odd and bolted every time the mother asked her a question. This went on for 45 minutes. The mother told the store management that she felt uncomfortable and that something was just not right. The mother then noticed the girl communicating through eye contact and body language to a man nearby, who grabbed a pack of gum and stood behind the mother in the checkout line, but then put his item back as soon as the mother checked out. He told the cashier he forgot his wallet. The mother again went to customer service, and the man was lurking nearby with a magazine, staring at the woman’s 5-year-old daughter. The store manager came out and chased the man off, who jumped into a car waiting outside being driven by another man. The mother says store surveillance cameras spotted the 10-year-old-girl exiting the back of the store and getting into the car as the two men drove off. The store took precautions to escort the mother to her car and get her out safely. According to the Facebook post, the woman called police who told her this was textbook strategy for abducting a child into a sex trafficking operation.

Parents out there, be careful!!! Read this please!!

This was written by a mother I am connected with on FB. Please share, I have read about this kind of targeting before, and it is no joke. This is the world we live in; it is very real.
Okay mommas, my best friend in Tampa just had a very scary thing happen to her at Target and the police told her this is happening more and more in stores like Target…I wanted you all to be aware of this. Her 5-year-old girl was “targeted” by a person working in sex trafficking.
(warning-I’m giving you all the details, so it’s long. But I think it’s valuable to know what to look for when we are out)
She was in Target at 11am on Tuesday. The store wasn’t busy and a girl around 10 years old approached her and her two kids in an aisle. (She had a 1 year old in the seat and her 5 year old was walking along beside her.) She said the little girl would come up and talk to Maddie (5 year old), but anytime Jenn (my friend) talked to her she would walk away. The 10 year old would approach them on another aisle with a toy and show Maddie, but again she would bolt if Jenn asked her a question. This happened for 45 minutes and she followed them through the whole store. The girl started getting angry (rolling her eyes and huffing) anytime Jenn talked to her.
Jenn started feeling uneasy about the situation and went to checkout. When she went to the checkout the little girl stopped about 20 feet away and just watched her. Jenn told the cashier she was being followed and felt uneasy. The cashier told her to checkout and go straight to customer service and have someone walk her to the car. The whole time she was unloading her stuff she kept an eye on the girl. She sees the girl looking off to the left and Jenn turns and sees a man standing there. The little girl cocks her head towards Jenn and the kids, the man looks at them and shakes his head yes and the little girl turns and walks towards the back of the store.
The man gets a pack of gum and comes right up behind Jenn and the kids. Jenn whispers to the cashier “he’s right behind me” and the cashier shakes her head yes and tells her she saw what just happened. Jenn checkouts and walks to customer service. The man tells the cashier he forgot his wallet and puts the gum back and walks off. When Jenn goes to customer service instead of walking out the door, he picks up a magazine and looks through it. Jenn tells customer service what is happening and they call the manager. She turns around and the guy is staring at Maddie…not taking his eyes off her. When the guy sees the manager coming he takes off running out the door. The manager runs after him and there is a car waiting outside and the guy jumps in and ANOTHER guy, who was in the parking lot walking around, runs and jumps in the car too.
They shut down Target to try and find the little girl, but surveillance cameras show her exiting a back door and getting into the same car the guys jumped in. When the police got there they said this was a textbook case of child sex trafficking. They wait until you get out to your car and when you are unloading your stuff they grab the child who is standing next to you or walking around the car to get in their seat. Target is an easy store…mostly moms with their kids and not too busy during a weekday.
Thankfully Jenn did everything right and everyone is safe. I’m sick to my stomach thinking of what might have happened. I felt the need to share this story with other mommas, especially ones with little girls. The police said the age the traffickers are looking for is 5-10 year old girls…makes me so sick. I’m not trying to unnecessarily scare anyone, but we definitely need to be aware of this evil and be on-guard when we are out with our kids.
*********
Please share!!!!

For me, the most sobering thing about this post was that this mother says this happened at Target.

It’s not the swap meet, or even a seedy part of town.

Again, the Hillsborough County Sheriff’s Office says this incident did NOT happen, that no police report was filed, and that was a “crafted message” that picked up speed via social media.

Still, I couldn’t help but wonder, Why on earth would someone make this up?

I passed the story on to a contact at the Department of Justice, and while they aren’t confirming that the incident occurred, they shared some valuable information that can help us be more vigilant about our kids. (They also posted it on the Facebook page for the Kent County Human Trafficking Task Force, which is a collaborative group of approximately 50 victim service providers, law enforcement agents, juvenile detention officers, counselors and community members working together in Michigan to address human trafficking.)

First, they say, it seems unlikely that a sex trafficker would target a 5-year-old, mainly because it’s too risky and too expensive. “Typically, [sex traffickers] don’t invest the time or money in feeding and housing a child for years to be used eventually for commercial sex… [and] generally don’t take the risk of snatching a child from the grips of her mother.”

Still, the task force says, sex trafficking can happen anywhere. “Where ever there are people, there is sex trafficking.” It happens in the suburbs. In upscale neighborhoods. And oftentimes, the abductors don’t take the child very far at all.

“They take them to a nearby motel or apartment to take pictures in lingerie to be posted online or texted to the trafficker’s network. The customers reply online or by phone and arrange a meet-up location, either at the motel or an apartment, or at the customer’s car or other location,” the task force said.

And while an attempted abduction at Target isn’t impossible, it’s not one of the typical strategies sex traffickers are known to use.

The typical strategy seems to be less by physical force, and more by way of winning over a child who feels isolated and alone. Through social media, or an intermediary like a teenage girl, the trafficker will tell the child that they are attractive, valuable, and worthy of love. The trafficker convinces the child that they can provide for them because they have a car, a place to stay, money, and (often) drugs or alcohol for free. After a period of time, and sometimes even later that same day, the adult tells the child that they will need to pull their weight, and the only thing they can possibly sell is sex. The adult tells the child he or she will just need to do this one thing in order to get food, housing, clothes, gifts, and a sense of belonging and independence. The child, after going along with a single commercial sex date, often feels that he or she is too deep into it to get out. The child worries about getting in trouble or arrested because of what he or she has done, particularly if it involves the use of illegal drugs, as it often does.

According to the task force, children of any socioeconomic background between the ages of about 11 and 17 years old, with any one of the following factors, are at higher risk of being victims of sex traffickers:

Also, the task force says these are some of the signs that a child has been sex trafficked: