The day I realized I can’t do it all

The day I realized I can’t do it all

It’s been a big step for my type-A, I-can-do-it-all personality. Now, with 3 kids under 4, I’ve realized: I CAN’T do it all. Here’s how I’m making that realization work for me, rather than against me.

It’d been building for a few weeks.

I’d just given birth to our third baby in 4 years. Everything was going great. The kids were adjusting, and the baby was so easy. That part of my life was beautiful.

But my get-it-done, task-oriented personality was drowning.

With a newborn and 2 toddlers, all the things I used to be able to accomplish in a day now seemed utterly impossible. I could barely keep up with the daily cycle of feeding, diapering, bathing, cleaning and playing. My let’s-do-it personality was being held hostage.

I felt trapped, overwhelmed and miserable.

Like, calling a friend back within a day or 2.

Like, fulfilling my leadership role for our MOPS group.

Like, updating our finances and budget every 2 weeks. I’ve always done that, and it’s a task I actually love. But I found myself unable to find even 30 minutes to sit at the computer and pay bills, and if I did, I was interrupted literally every 3 minutes.

Like, managing our 2 out-of-state rental properties. With having to take care of a newborn, dealing with contractors, realtors and tenant drama became emotionally draining on a level I could no longer handle.

Normally an expert multi-tasker who thrives at the thought of accomplishing a long to-do list, I was now almost paralyzed by my daily mountain of tasks. My mind was more scattered than it had ever been. All the things that used to be so easy were simply overwhelming me. I felt like I was drowning.

But I stuffed those feelings down. And I kept going.

I needed help in the worst way. But I didn’t ask for it. Since my husband had just started a new company, I refused to burden him with my struggle. I didn’t want to stress him out, and I also didn’t want him to think I was the failure that I felt inside. Plus, I thought, I did this all before. I should be able to do it all now.

It all came to a head in the second week he’d gone back to work.

I was getting up at 4:30am to nurse. Then driving to my early-morning boot camp. I’d come home, thoughtlessly nurse the baby and roll up my sleeves to accomplish my long list of to-do’s, only stopping to toss the toddlers animal crackers and cue up the next episode of Bubble Guppies. I was planning playdates, organizing functions, calling contractors, making from-scratch dinners, and staying up late to chop salads and prep snacks for the next day.

I was trying to be everything to everyone.

And I was killing myself.

And then, I just broke.

I can’t do it anymore.

I’m pretty sure my husband has never heard me say those words, but that evening, he did.

I crumbled in my chair at the dining room table, as I told him that I felt overwhelmed and scattered and not myself.

At the core of my defeat was an all-consuming feeling that I was not effective. Because I could not focus.

I’d pushed and pushed. But I’d come to the end of my road. Because I could no longer do it all. What was once easy with one kid, and doable with 2, was no longer feasible with 3.

That’s when I made some big decisions.

I decided that I could no longer focus on 8 or 9 things a day.

And so, I came up with the top 3 things that mattered to me, things that I could focus on each day: 1.) our family, 2.) my clean eating and 3.) my exercising. My list may sound selfish to you, and well, it kind of is. But those are the 3 things I decided to focus on. It was time to prioritize, and all of the other crap just had to go.

After that, things got a lot easier. Rather than feeling bad about myself for not calling our realtor back or leaving a dirty sink of dishes, I gave myself permission to no longer be the girl who can do it all. As long as priorities 1 thru 3 were accomplished, there was no reason to stress about items 4 thru 20. They’d still get done, but I wasn’t pressuring myself to complete them at the same pace that I had before.

This means it often takes me at least a few days to return a phone call, if at all. It means I update our finances whenever I can, and don’t feel bad about asking the hubby to watch the kids on a Saturday morning so I can finish. This means I no longer handle our rental properties. I handed that over to the hubby, which was something I’d put off doing for many years. I figured I was the more detail-oriented of the 2 of us, so I was better suited to take it on (even though it was a task I loathed). Well, guess what? He’s awesome at it. He has the mental capacity during the business day to make the judgment calls and deal with the “people stress” that I could simply no longer handle. He’s doing an awesome job at a task that used to give me enough anxiety to literally keep me up at night.

And all I had to do was let go.

And so, Mama, I’m sharing this because waaaaaaaaay too many of you have told me that I really have it together. Heck, even my good friends have said it.

And yes, I do have it “together” in some ways. Yes, I do make sure my house looks perfect when I leave for the day, and yes, I do insist on cleaning up each toy set before we go to the next bin (they’re some of my favorite #momhacks for surviving with 3 kids under 4).

But, there was a time that I felt like my world was crumbling.

I was miserable. I was scattered. I was not an effective wife, mother or friend.

And it was because I didn’t have the courage to allow myself to say “no” to everything that wasn’t important.

Once you choose what matters to you, you are free to make an impact.

Take the stand and decide what matters to you.

You’ll be amazed at how easily your world takes shape. 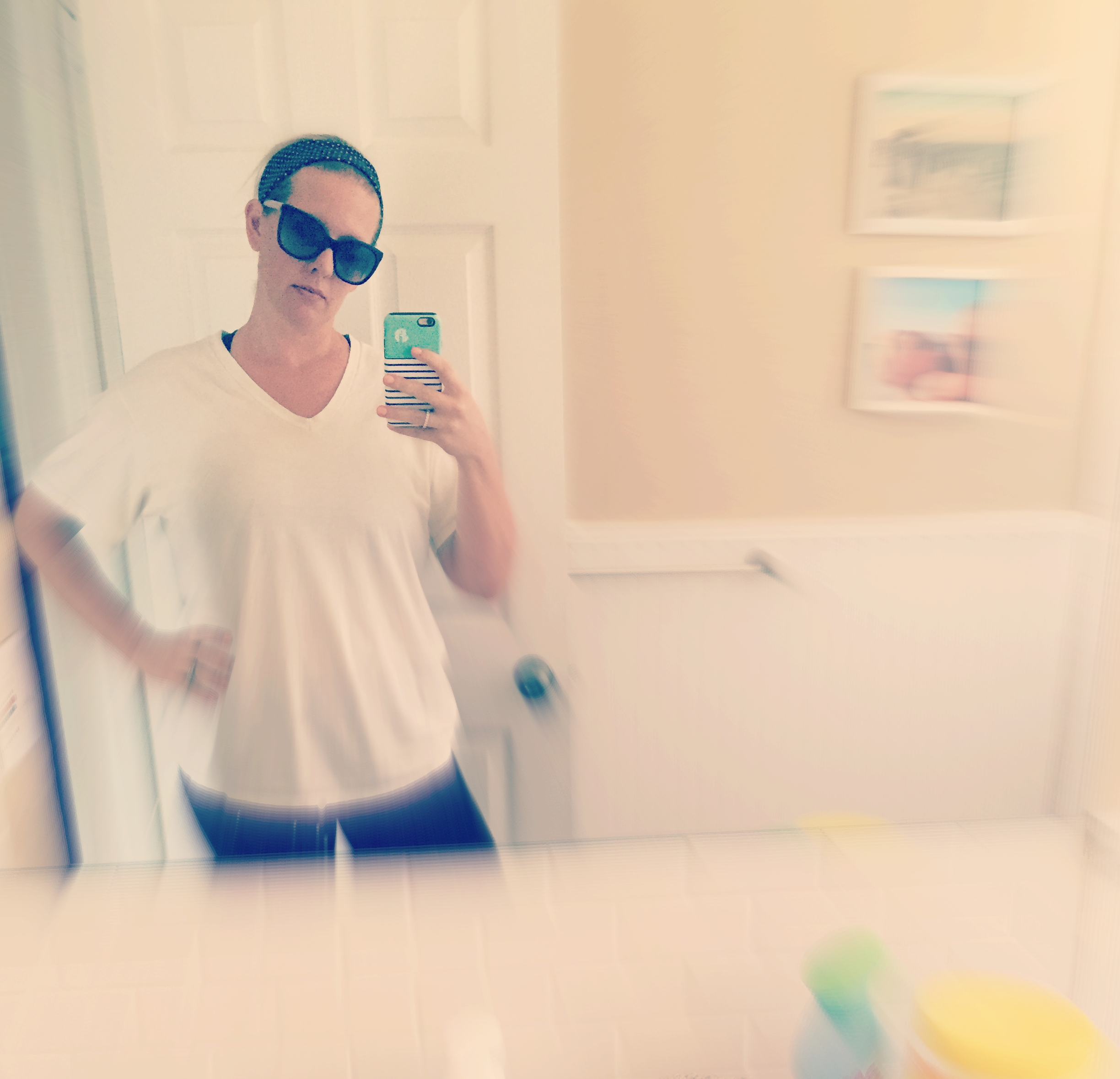 What are your “top 3”? And, what commitments have you had to toss out? Share them in the comments section below!