How a cab driver changed my whole year

How a cab driver changed my whole year

This article was also featured on the Huffington Post.

I wanted to throw up, cry and scream all at the same time.

Why couldn’t we catch a break?

Two days earlier, we’d just learned that our house had sold, and the house we’d waited months to purchase (via short sale) had appraised $100K above our agreed-upon price with the seller. Deal over.

So there we were. Less than 2 weeks before Christmas.

And we had nowhere to live.

Shell-shocked, my husband and I scanned Craigslist, and one day, dropped the toddler at the church daycare and took the baby to look at our 4 best options for rentals in the area.

The whole day, as my eyes scanned pools, hardwood floors and Corian countertops, all I could focus on was the knot in my throat. The knot, that begged, Why did this happen to us? The knot, that pleaded pridefully, We’ve never rented before. This is so beneath us. The knot, that represented my shame as a mother who couldn’t focus on Christmas for her 2 children because she didn’t know where the family was going to live in 2 weeks.

The knot, that threatened to surface at any moment and expose a hot river of tears that would spill down my defeated and broken face.

That river, that had gushed to the surface at my moms’ group meeting a few days earlier. As an icebreaker, our leader had gone around the circle and asked each of us to share the fun Christmas traditions we’d been enjoying with our kids. When all eyes were on me, my mouth started with the truth: “Truthfully, I have had a really hard time getting into the Christmas spirit this year. With our housing situation in flux, it’s all I can think about. We haven’t really done anything Christmas-y.”

As I heard the words come out of my mouth, the sobs began uncontrollably as I looked down and refolded my napkin over and over in my lap.

I am a failure.

It was in that mindset, on our day of rental-searching, that we’d pulled up to the last house.

The owner couldn’t meet us until after 5pm, so we had to bring both the kids. He showed us around, and we liked the place. We told him we’d be calling and said our goodbyes.

He drove off, and we opened up our car and put the kids in their carseats. We didn’t speak because there was nothing to say. It didn’t feel like a victory. We’d be getting this house because it works and there’s nothing else. Now to pack the whole house with 2 children under 2 1/2.

My husband put the key in the ignition and turned.

And, in the space where there might have been an argument or at least a frustrated exclamation on any other day, there was nothing.

There were no longer any words.

“Well, I guess I’ll call a tow truck,” my husband said as he opened his car door.

Great, this will be expensive. Just what we need right before Christmas and with moving expenses looming. Now, car repair, tow truck and cab.

It was getting dark and cold, but the kids were getting antsy in their carseats, so I let them out of the car. The next-door neighbor noticed our delay and asked if we wanted to come inside to keep the kids warm.

We mustered false smiles, as I felt that knot in my throat grow and threaten to take my whole face with it. I should have brought the baby’s jacket. Thankfully, the neighbor retreated back inside.

“You should probably call us a cab,” I told my husband. “Then you can just deal with the tow truck, and we can get home.”

As my husband made the call, I shook my head as I pictured the cabbie pulling up in a few minutes. We’ve been in cabs from everywhere from Nice, France to New York City to San Juan, Puerto Rico. And one thing I’ve truly never experienced is a kind cabbie.

I’m sure he’ll be disgusted when he learns he has to help install 2 carseats. And then he’ll be even more mad when he realizes we’re only going 5 miles and it’ll be a menial fare. Great.

I braced myself as the yellow minivan pulled up to the house. Here goes the continuation of the worst day ever.

But, to my shock, he bounced out of the car with more jubilee than a Christmas elf.

“Hey, how’s it going?” he asked cheerfully. As he began helping my husband install the car seats, I waited for the ball to drop.

“We’re just going to our house in St. Pete,” I told him. Let’s get this over with.

“Okay, sounds good,” he said with a smile.

“How old is your son?” he asked, pointing at the toddler.

I was dumbfounded at his friendly demeanor.

Speechless, I climbed into the passenger seat and said goodbye to my husband.

Over the next 10 minutes, that cab driver didn’t do anything special. Truthfully, I don’t even remember anything he said.

But I do remember him.

He was cheerful, exuberant and pleasant. He had a sense of calm.

He was authentic and warm.

He asked questions about my life, and truly cared about the answers. (What cab driver ever does that?) I normally don’t care for small talk, but on this day, it was a welcomed reprieve. He was even kind of funny. He cracked a few jokes, and in my rundown mood, I might have even laughed out loud once or twice.

He was engaging and kind.

He had a deep well of joy that fueled everything about him: his attitude, his mannerisms and his tone.

And he didn’t think twice about pouring that out on the miserable, defeated woman he’d just met.

And would never see again.

Someone who felt like their world was crumbling. Someone who wanted to crawl into a ball and cry in the dark. Someone who was not smiling and had nothing positive or happy to talk about.

The cabbie could have chosen to be quiet during the short ride, and I would have thought nothing of it.

And somewhere between 4th Street and MLK, something changed.

Somewhere between the cheesy jokes and surface conversation, my chest had loosened. I was actually smiling. Not outwardly, but inside.

In fact, by the time we pulled into our driveway, that knot was completely gone. I didn’t feel like crying. I felt warm. I had perspective. I felt thankful.

As the cabbie unloaded our carseats, we finished up the small talk, and I paid his fare (plus a hefty tip, of course). We said our goodbyes, and the big yellow minivan pulled away.

As I unlocked our door and walked the kids inside, I thanked God for sending me my very own Guardian Angel Cabbie on the day when I needed him most.

In 67 blocks, that man had picked up the shattered pieces of my awful day and pieced them together in a way that made my life feel manageable again. Now, instead of shards of glass, the end of 2013 represented broken pieces that could be melded into a window. Through which I could envision the great things to come in 2014.

Now, instead of dread, I had hope. Instead of fear, I had peace. I knew there was still lots to do, but everything would be okay. The cold knot in my throat had melted away into a warm sense of calm.

Come to think of it, I really should have tipped that cabbie a lot more. 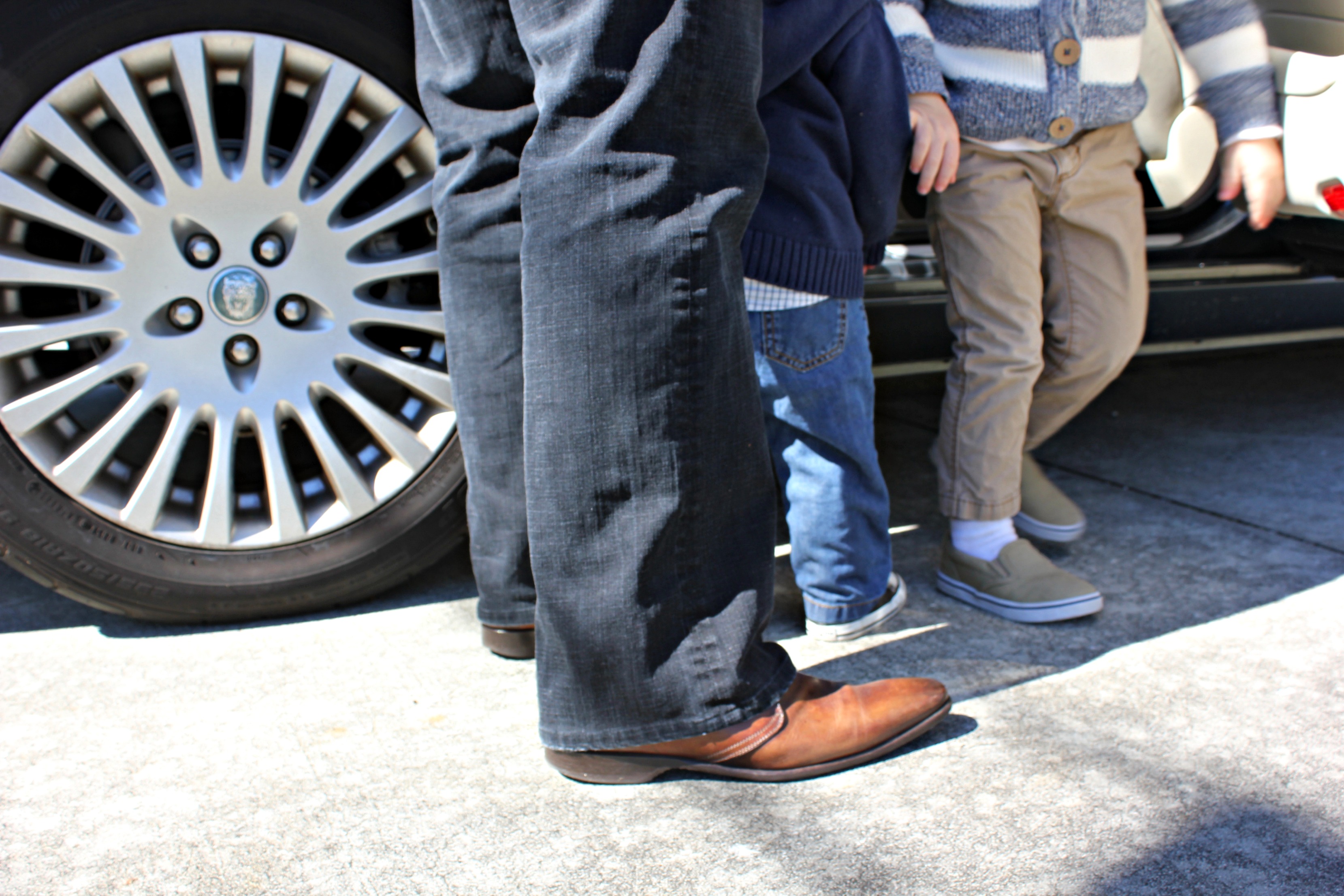 There is huge impact in simple gestures, even from strangers. Have you ever experienced that, from either side? Share in the comments section below.