1. Make birthday cards, instead of buying them. This is one of my favorite easy ways to save money. If you’re buying a card for every birthday party, graduation, baby shower, bridal shower, Mother’s Day and Father’s Day, you’re likely spending $140 a year on something most people legit throw away. Make them! I have been doing this for years. (Yes, even before I had kids.) And in my experience, people always love something handmade and imperfect, over a glossy store-bought card. Now that I have little ones, it’s tooootally even more acceptable and I don’t seem as cheap as I really am. I buy a $3 sketch pad at Walmart (which is just thick, white paper), write a message in Sharpie and let the toddler color away. The kids are entertained, they made something for their friend and you saved $4 a pop. Hopefully, this will distract from the fact that you bought their friend the exact Spiderman toy that your kid wanted, and avoid a total epic meltdown that’s so bad you actually have to leave the party 7 minutes into present-opening time. 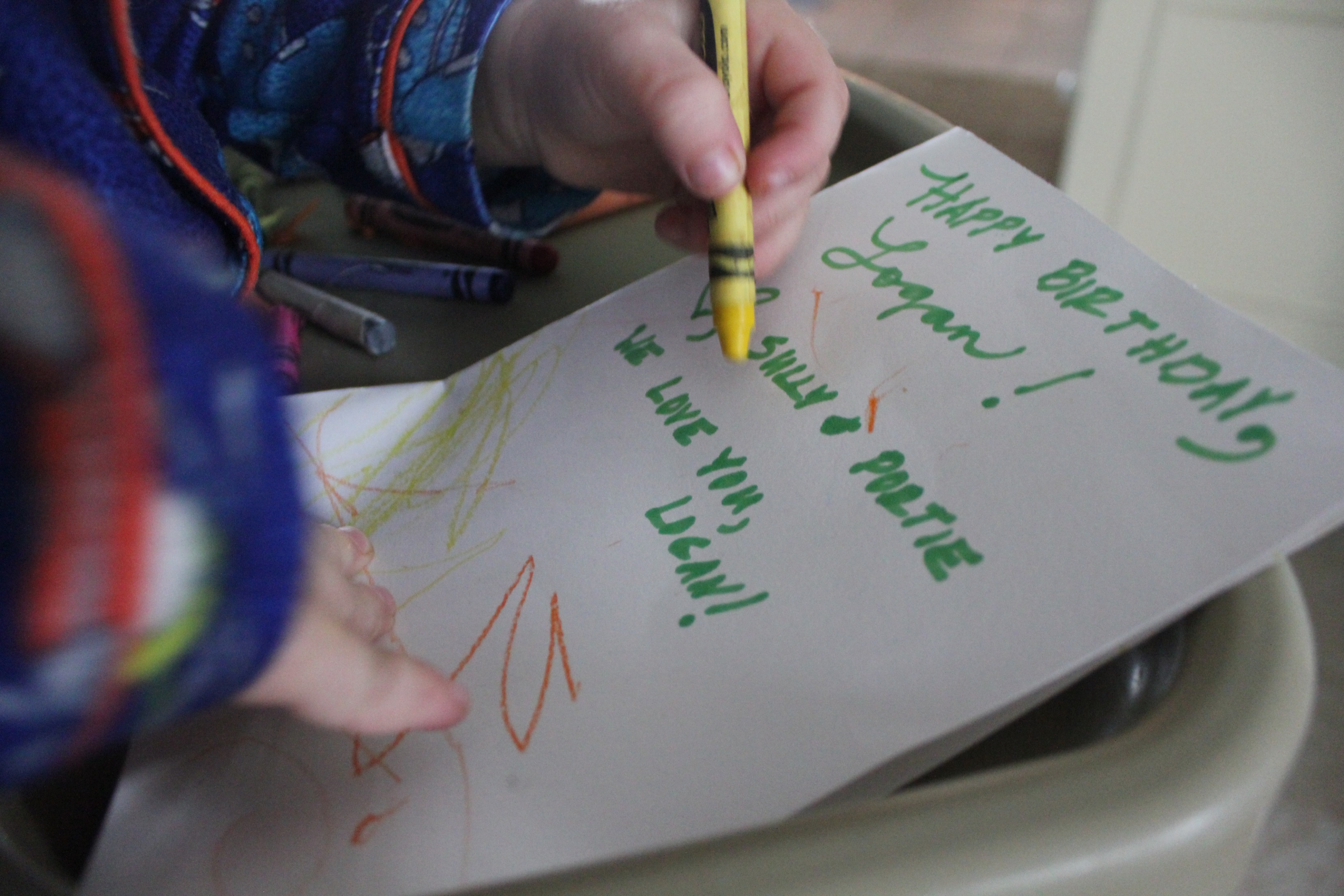 2. Cut your kid and husband’s hair. Don’t spend $20 per cut at the salon! Men’s and boys’ haircuts are super-easy, and you can totally do them yourself. I used this easy tutorial to teach myself, and I save about $360 a year on haircuts. All you have to do is spend about $20 on a hair-cutting kit, which includes scissors, a comb, a razor comb and various comb attachments. But by all means, you don’t even need to do that. If you have scissors and a comb, you’re good to go! And then your kid’s do will look as cute as this lil’ guy. 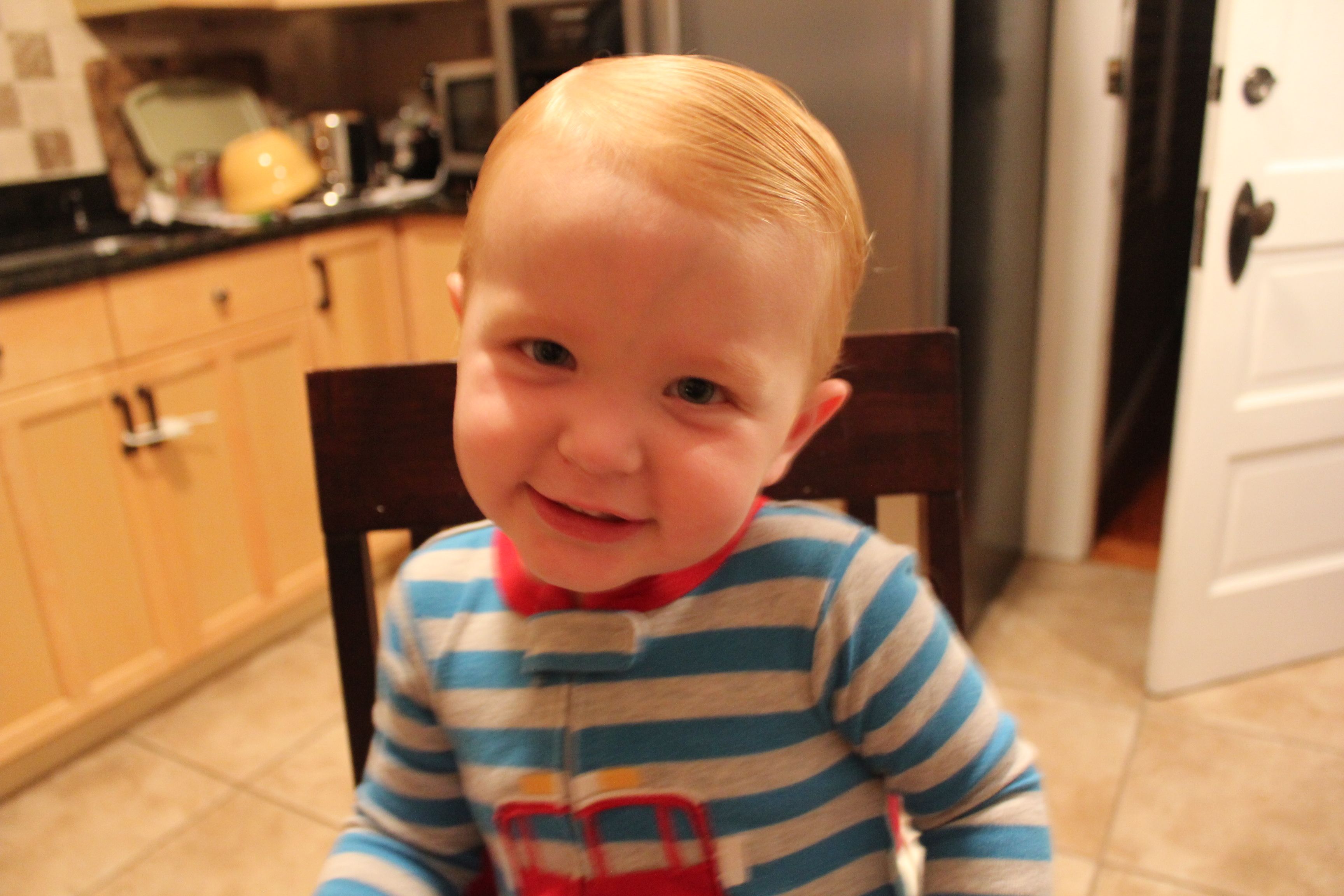 3. Use your juicing pulp. Don’t throw that goodness away! Juicing pulp is basically pure fiber that comes out of your juicer as its making juice. I’ve added it to ground beef in a veggie stir-fry, and to my clean-eating energy bites with a variation of this recipe. (They were so pretty I had to post this pic on Instagram.) Depending on how often you use it, this could save you $40 a year in extra veggies you don’t have to buy. 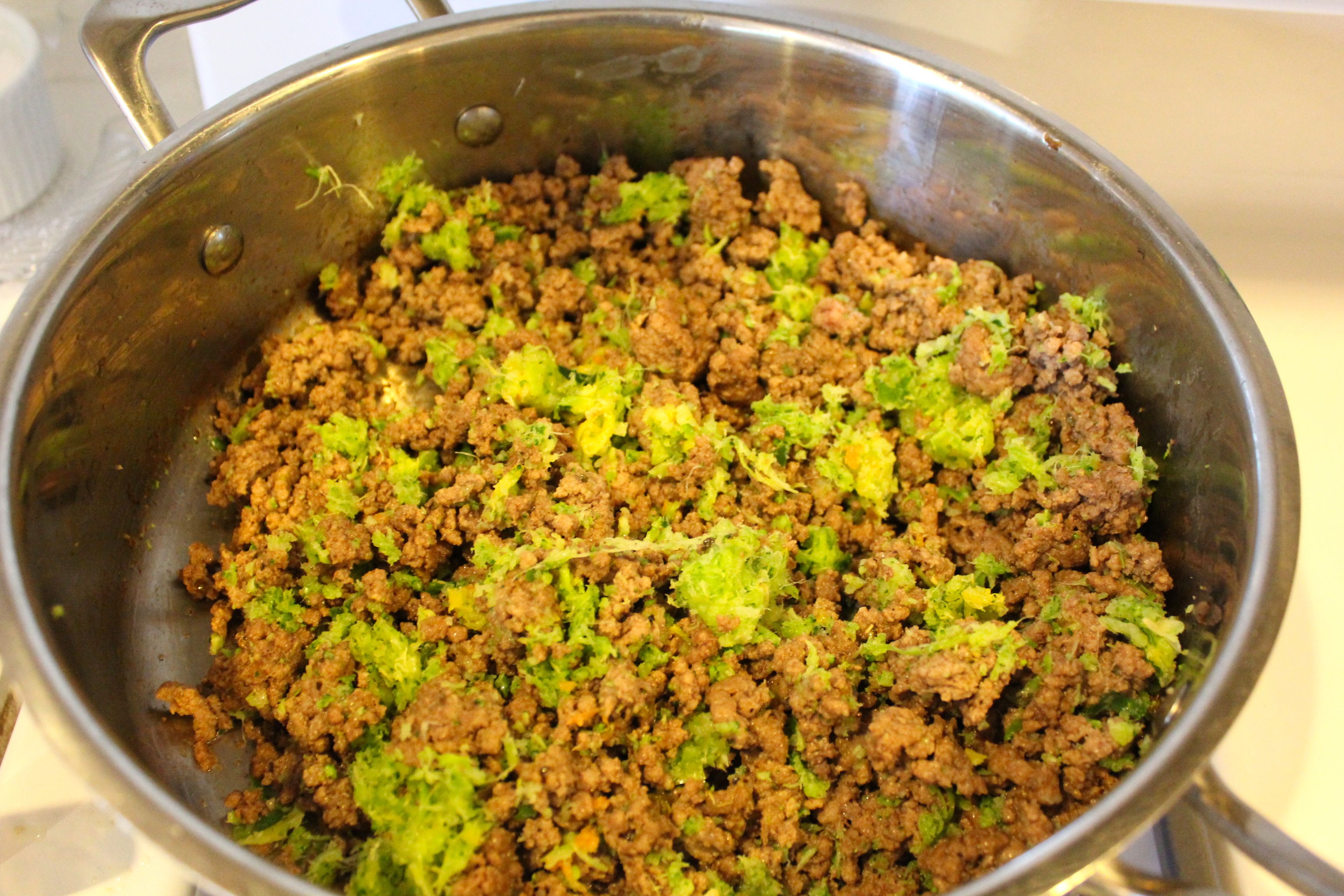 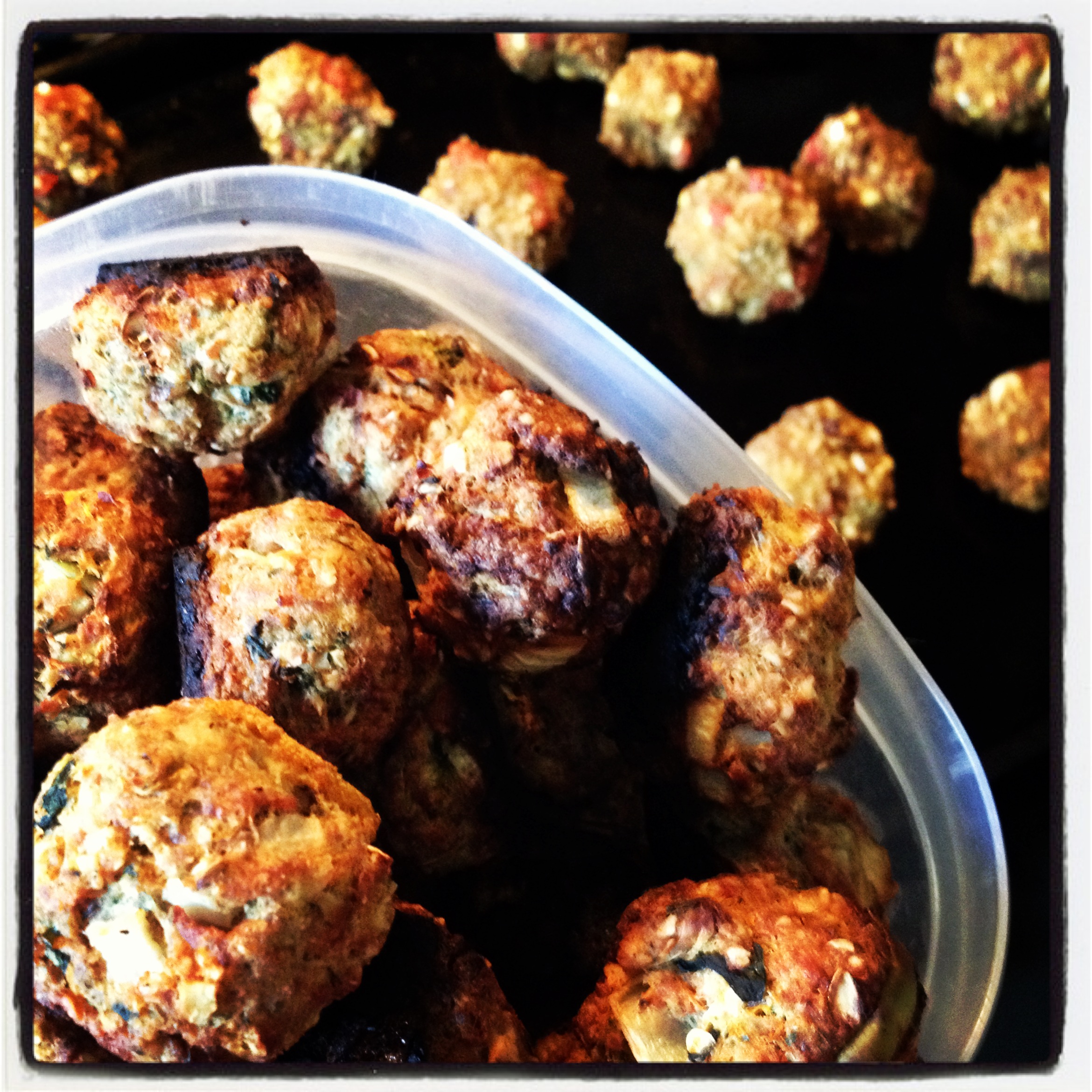 But, a word of caution: make sure to separate your juicing pulps to avoid weird taste combos. For instance, I used broccoli pulp for the stir-fry and threw away the apple pulp that went in that juice. In the energy bites, I used orange pulp, which ended up being very bitter and I did not like at all! So, as you’re juicing, consider which pulps you want to use and set them aside as you’re making the juice. I am dying to try red bell pepper pulp in a recipe. Yum! (Mouth is now watering.)

4. Freeze your ginger (and other fresh herbs). I used to never use fresh ginger because I could never keep it in my fridge. Solution! Put it in a bag in the freezer door! 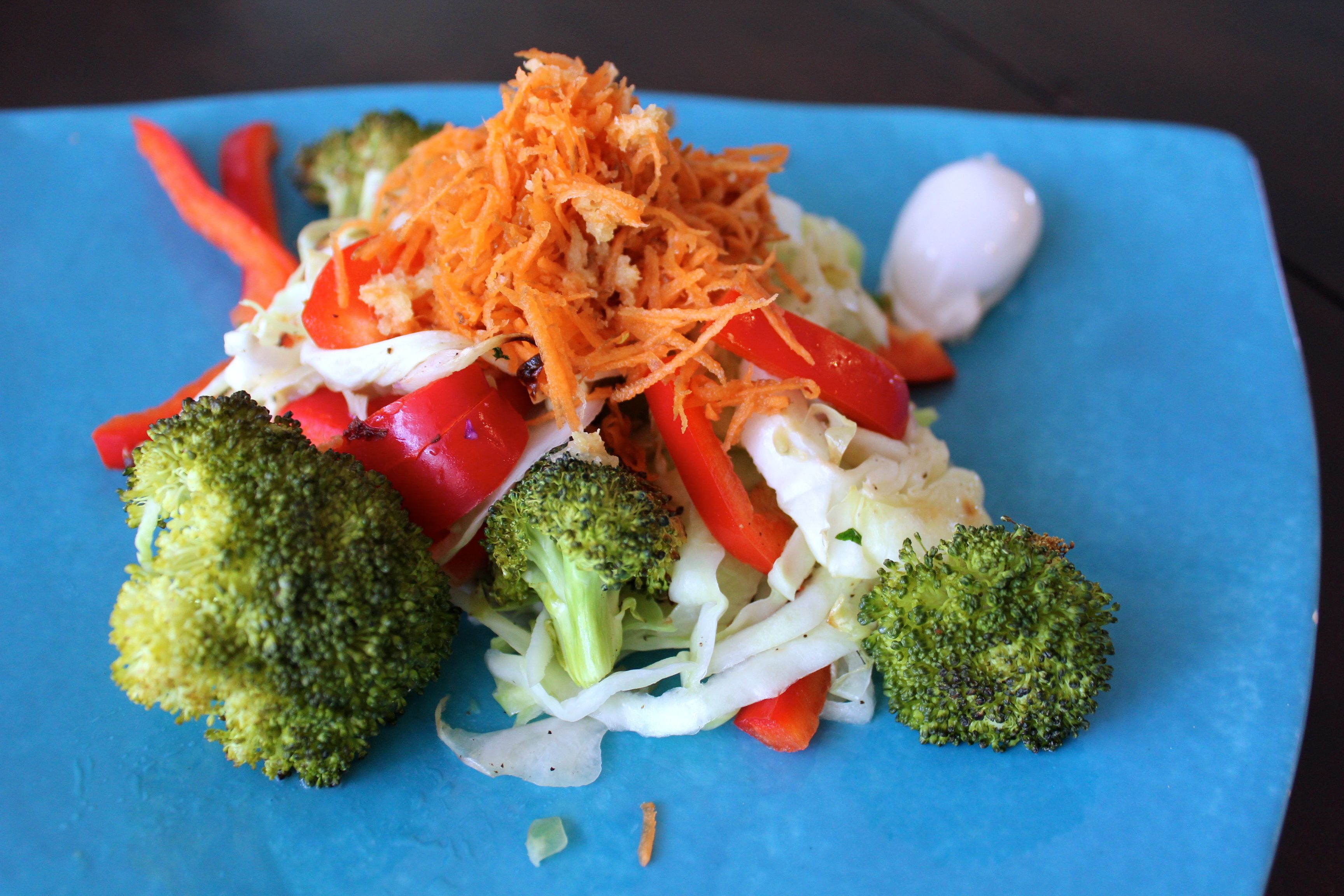 Now, when I want some ginger in a juice or in my favorite roasted cabbage salad, I just take the baggie out of the freezer, let the ginger sit on the counter for about 3 minutes to soften, and use a sharp knife to cut off the exact-sized piece I want. I throw the chunk in the juicer, or if I need it shredded for a recipe, I just get out the cheese grater and grate away. This saves me about $30 a year, not to mention the hassle of buying new ginger every few weeks. And seriously, who has time for that? Note: I tried really hard to crop my disgusting cutting board out of this picture, but it didn’t work. Please don’t judge. It’s (mostly) clean. (Not really.) 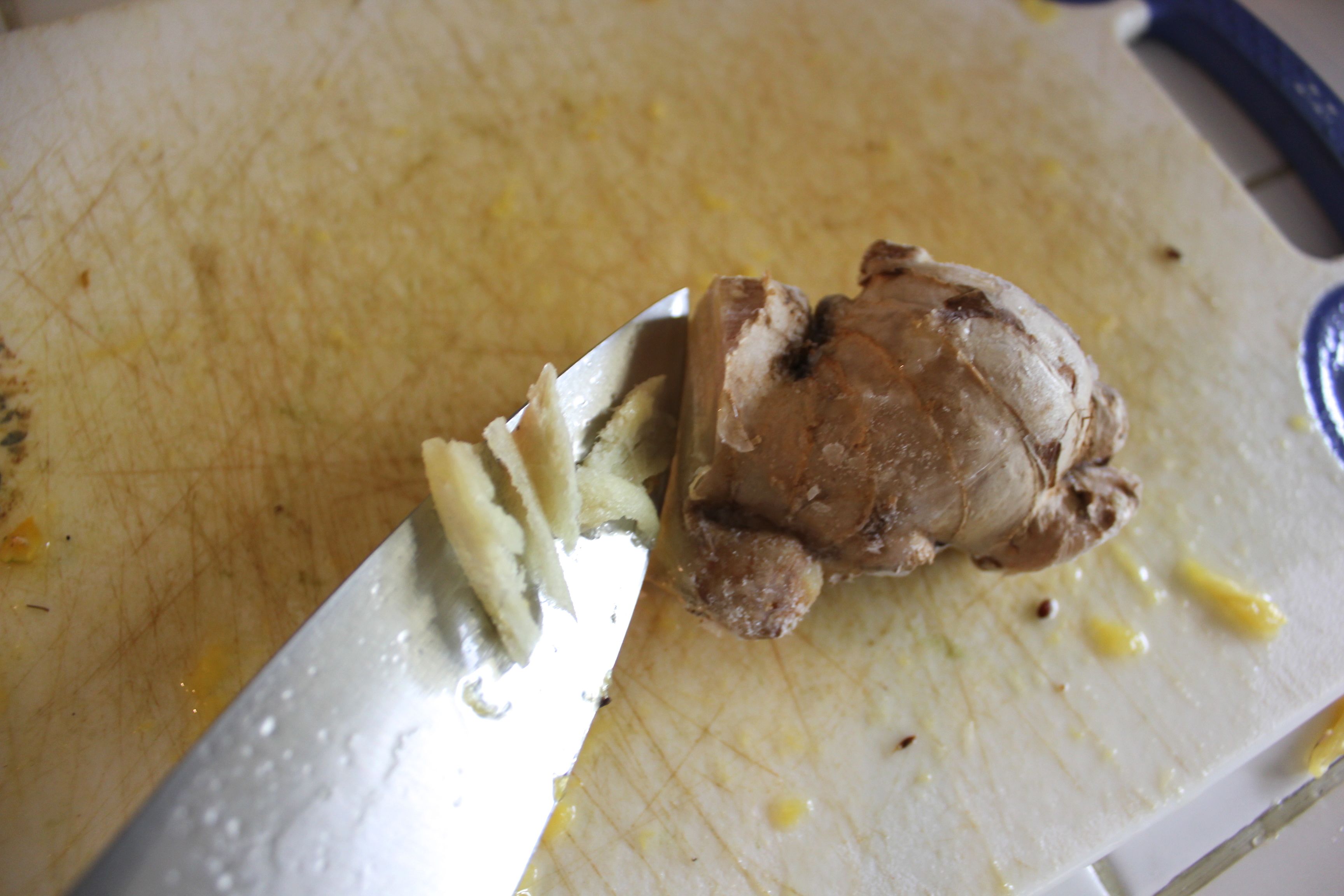 5. Make your own chicken and veggie broth. This is super hard but I’m going to try to guide you through it. You put veggies or chicken in a pot, fill the pot with water and let it simmer on the stove for a few hours. Bahaaaa. Kidding. It’s the easiest thing ever. This is a great way to make use of your extra veggie clippings, like the tough part of the asparagus spears or the carrot shavings you’d usually discard. I keep a big bag in my freezer and just add veggie clippings to it as I go. Then, every couple months, I empty the bag into the pot. Same goes with when we make a whole chicken. Save the carcass and throw it in the pot. (Yes, I know the correct way to make chicken broth involves putting actually veggies in there with the chicken, but I’m a stay-at-home mom with zero extra time on my hands, and no one’s ever complained or noticed that there’s no veggie action in my chicken broth.) When it’s done simmering, let the broth sit and cool for several hours before straining, and put into large freezer bags in the freezer. Congrats. You just saved $80 a year. And you can add the broth to delicious things like this sausage kale soup. 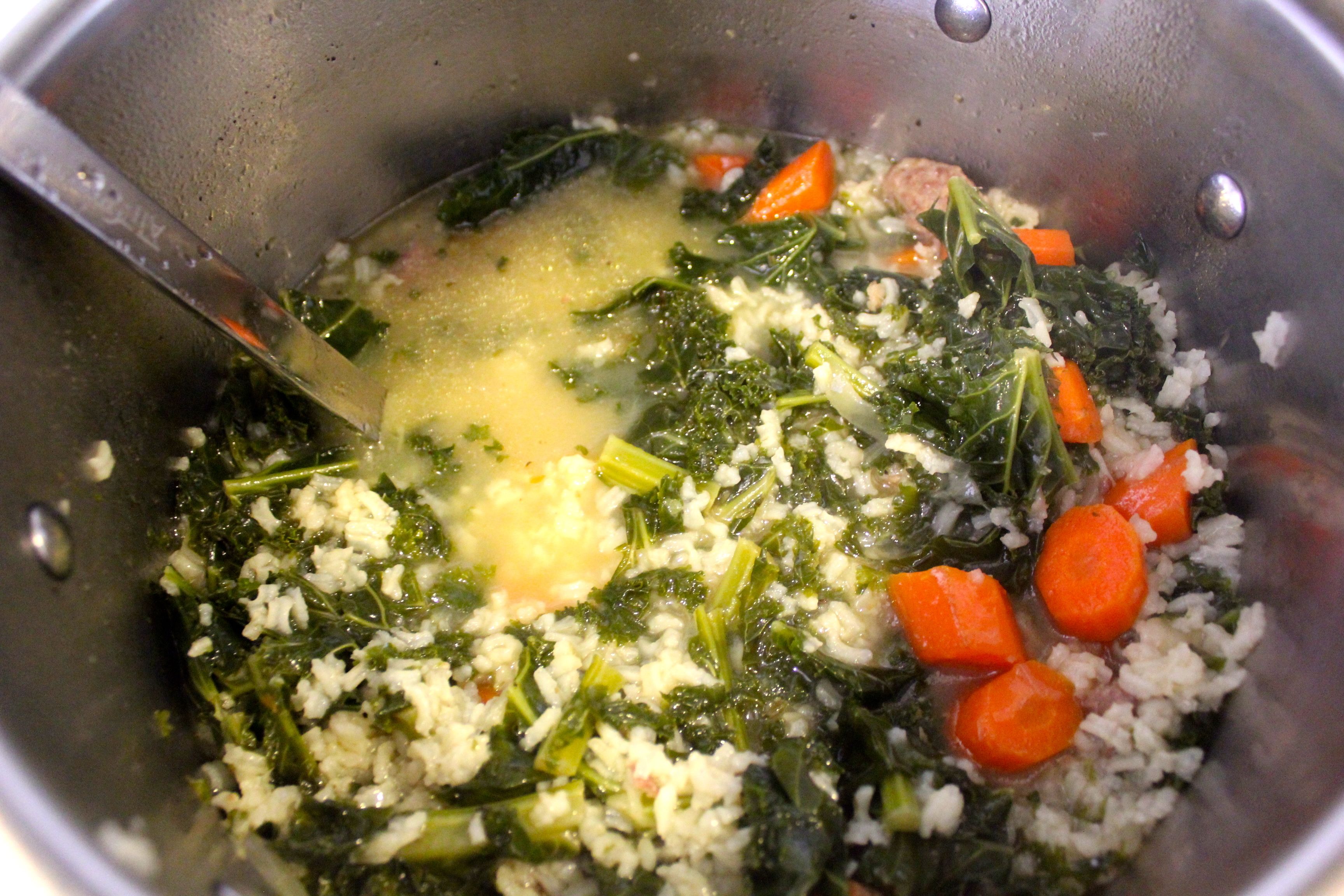 6. Go through all your utility bills and audit for waste. This is a time-consuming one (for real this time), but the payoff is huge. When I did this, I saved my family $420 a month! Yes, you read that right. A month. That’s $5,040 a year. Take each monthly expense you have (cable, cell phone, car insurance, homeowner’s/renter’s insurance, etc.), and go through them meticulously. Look for waste. Call other providers to see if you can get a better rate. Then call your provider and negotiate or leave. I ended up calling every single monthly utility we had, talking to someone about getting a better rate, and I either left them and joined a new company, or negotiated a much better deal. If the person can’t help you, ask to speak with their manager. Once they find out you’re considering leaving them, they become much more motivated. Monthly bills are one of those things that tend to get overlooked, but if you ignore them, you won’t notice that the great, 24-month introductory offer you got for your cable and internet has now expired and you’re actually paying $80 more per month than you would at a competitor. In my research, I ended up getting our homeowner’s insurance and home mortgage dropped because our house was valued at much less than when we bought it; switching cell phone and cable/internet providers; canceling our house alarm and more. (By the way, I canceled our monthly house alarm fee when I realized that our alarm would still sound if an intruder came in. It just wouldn’t automatically call the police. And I wouldn’t automatically be charged $30 each time the cops showed up because the dog got inside the house. I figured, if there was a true intruder, the blaring alarm would alert the neighbors who would then call the cops anyway. But I kept the alarm sign out front as a deterrent just to be safe. And hey, that’s free.)