Why you should never take off your wedding rings

Why you should never take off your wedding rings

SheJustGlows.com reader, Corinne B., recently lost her weddings rings at the beach. She agreed to share her story with SheJustGlows.com, in the hopes of helping you avoid this situation, and to offer some tips for what to do if it does.

Corinne was sitting on a beach blanket, watching her son and husband, Travis, play together in the sand, about 10 feet in front of her. 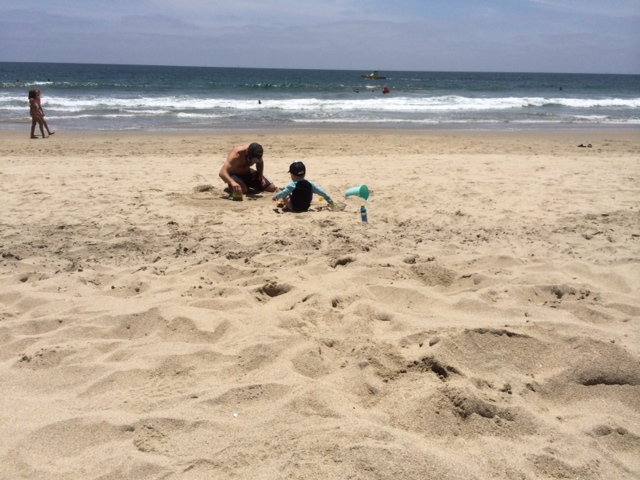 ‘While I have a minute, I’ll sunscreen myself,’ she thought as she slipped off her wedding rings, put them in the lap of her sundress and looked into her bag to decide what sunscreen to wear. She grabbed the 8 SPF and 100 SPF and looked back up to see her husband and son playing contentedly.

“I saw Travis was bent over playing, and I thought, ‘This is a good chance to get up and sunscreen his back,'” she recalled.

Without another thought, she got up, walked over and sprayed her husband’s back with sunscreen.

By the time she got back to the beach blanket, her heart dropped.

Her wedding rings were gone.

“Don’t move!” she yelled at her husband.

Immediately, she and Travis retraced her steps over those 10 feet between the blanket and the play area, studying the surface of the sand and saw no sign of the rings.

The next few hours were a blur.

“I was trying not to panic, but it was so hard,” she remembered. “It’s such a very helpless thing.”

For the next 90 minutes, the couple dug through the sand with their hands. They figured they’d keep an eye out for one of those people with metal detectors who walk up and down the beach, but in the meantime, they wanted to get busy.

They borrowed a nearby family’s sand sifter and started working through the area they thought the rings would be.

“The other ring was from my husband, given to me when our son turned 4 months old and I went back to work. The ring has his birthstone in it, so that I could feel close to him, even while at work,” Corinne said.

“I was imagining the phone call I was going to have to make to [my grandma], and how I was going to explain what happened. I kept telling myself, ‘This is okay. It’s just a material possession. We have our health. We have our family. I’ll just go to our jeweler friends after this and get a simple band to replace it. That’s all I need.'”

But on the inside, she was falling apart.

Since they were at the beach with their toddler, Corinne and Travis had to take turns. One would sift sand as the other kept the toddler busy.

At one point, Travis walked to a nearby liquor store to buy a flour sifter and continue their scientific operation.

“We could take an area of sand, sift it, and then put it into buckets and move to the side so we knew we were done,” she said.

But after 90 minutes, they felt like they were getting nowhere.

“We even took Travis’ wedding ring and tossed it into the sand to see where it’d go,” she said.

His wedding band went an inch under the sand. Since hers was heavier, they knew it had to be even deeper.

“Since it was obvious we were getting nowhere, I finally decided to Google ‘Orange County metal detectors’ on my cell phone. It was one of those nightmares. I was so panicked and my hands were shaking so bad that I took me a few tries to spell ‘Orange County’ right.”

Through a series of phone calls, she found Steve Smith of TheRingFinders.com, a worldwide network that’s dedicated to helping people find their lost beach treasures.

Travis called Steve and learned that fate was on their side. Although Steve lives about an hour away, he’d been metal detecting in Newport Beach that day and was just 5 minutes away from where the couple was. Within minutes, he was walking up to the couple on the sand, metal detector in tow.

“When I got to the site, and asked a few questions, I was able to figure out where the rings were most likely to be,” Steve wrote on his blog. He conducted a grid search, and his detector immediately found 2 aluminum soda cans in the area.

A few minutes more, and a beautiful sound: Corinne’s ring clanking around in his metal basket.

Corinne’s back was turned to the search, as the beachgoer who’d lent them the first sand sifter came up to talk to her. So she hadn’t seen the discovery.

Steve pulled the ring out of the basket and said with a smile: “It sure is a pretty ring.”

Tears of joy gushed out of Corinne’s eyes, as she shrieked ‘oh my gosh!’ over and over.

In another scoop, her other ring was also found.

“I couldn’t believe the weight that was lifted,” she recalled.

“I wish I’d known about The Ring Finders before this happened. It would have saved me so much worry!”

“I learned a lot,” Corinne said.

“I learned that sand is like quicksand. It’s not like losing a ring in a pool, and it’ll just roll around on the bottom. The more you dig, the more you’re pushing the ring further away.” 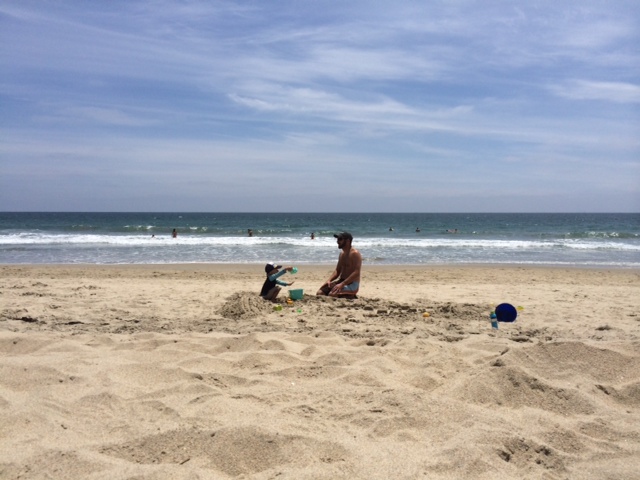 “When I stood up, I either flung them off my lap that far, or they got caught up in my sundress and didn’t fall until I was almost to my husband. Then, when I walked back, I might have kicked sand on them, which would have buried them further.” 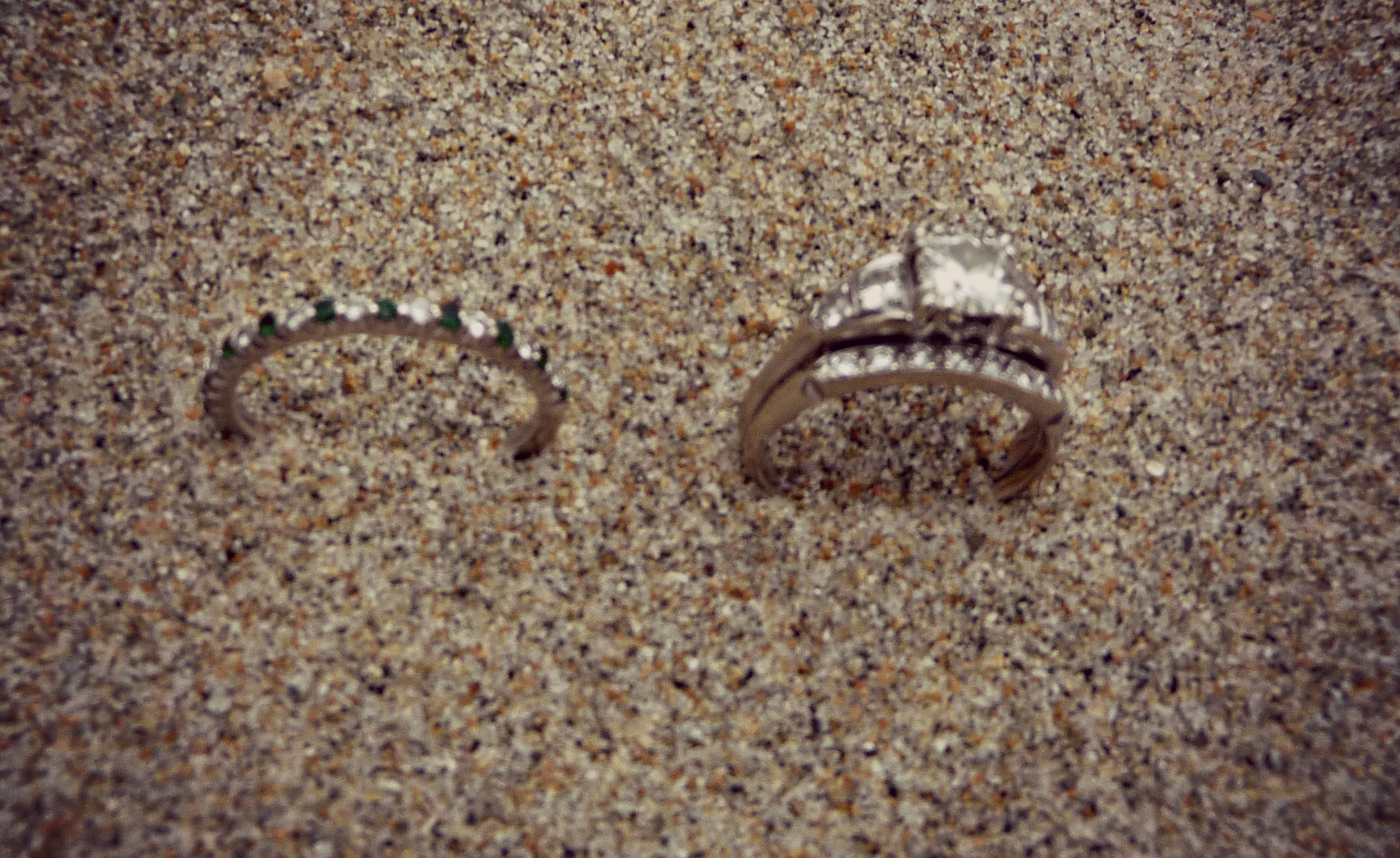 The rings were found about 2 feet away from each other.

“The most amazing part was that Steve clearly wanted to help us. This wasn’t a ploy to make money or ask for some crazy amount once he found the rings. We could totally tell that helping us made his day. And that’s why he does it,” Corinne said. 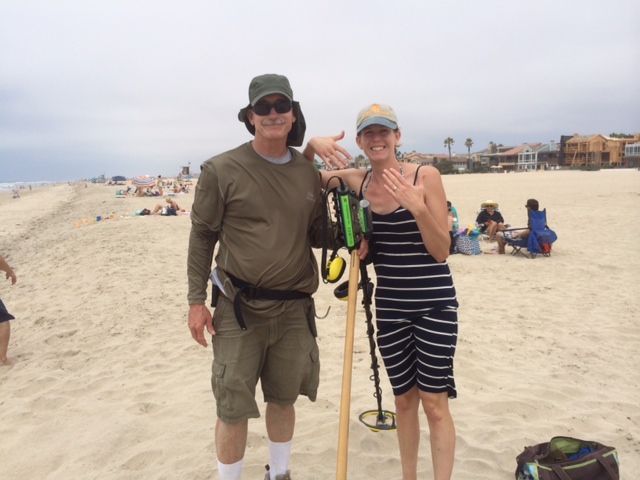 In their online form, The Ring Finders asks clients to input the amount they’d be willing to pay if the metal detector finds their lost treasure.

Steve writes on his blog that the minimum finder’s fee is usually about $20, which helps cover mileage and parking and gas costs.

Corinne gave him all the cash in her wallet. $140.

It wasn’t what she was expecting to spend in a day at the beach.

But then again, who can put a price on the going rate for kindness and good will? 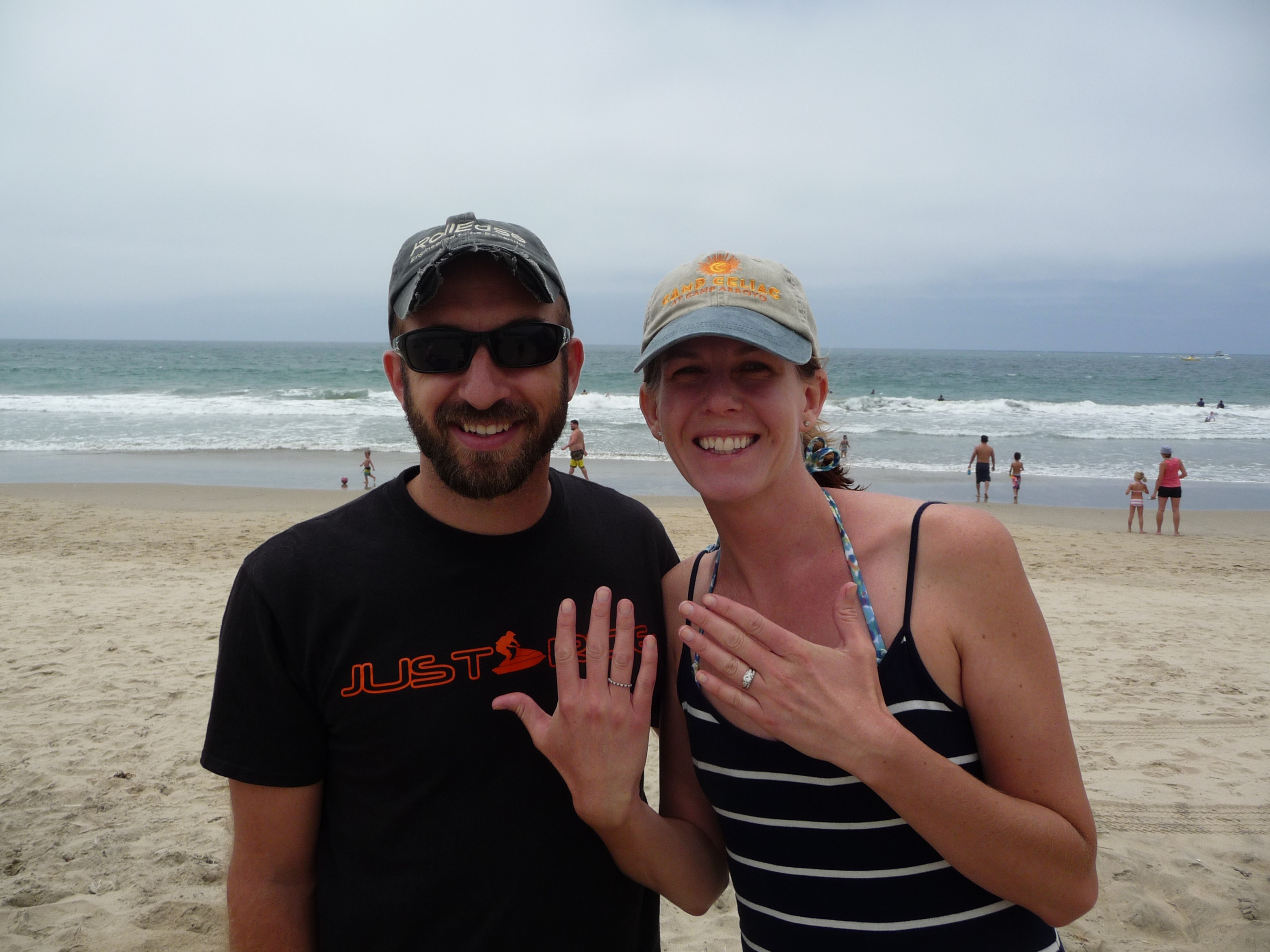 There are Ring Finders located all over the United States, including 36 in Florida, and beyond! For more information, check out their website.