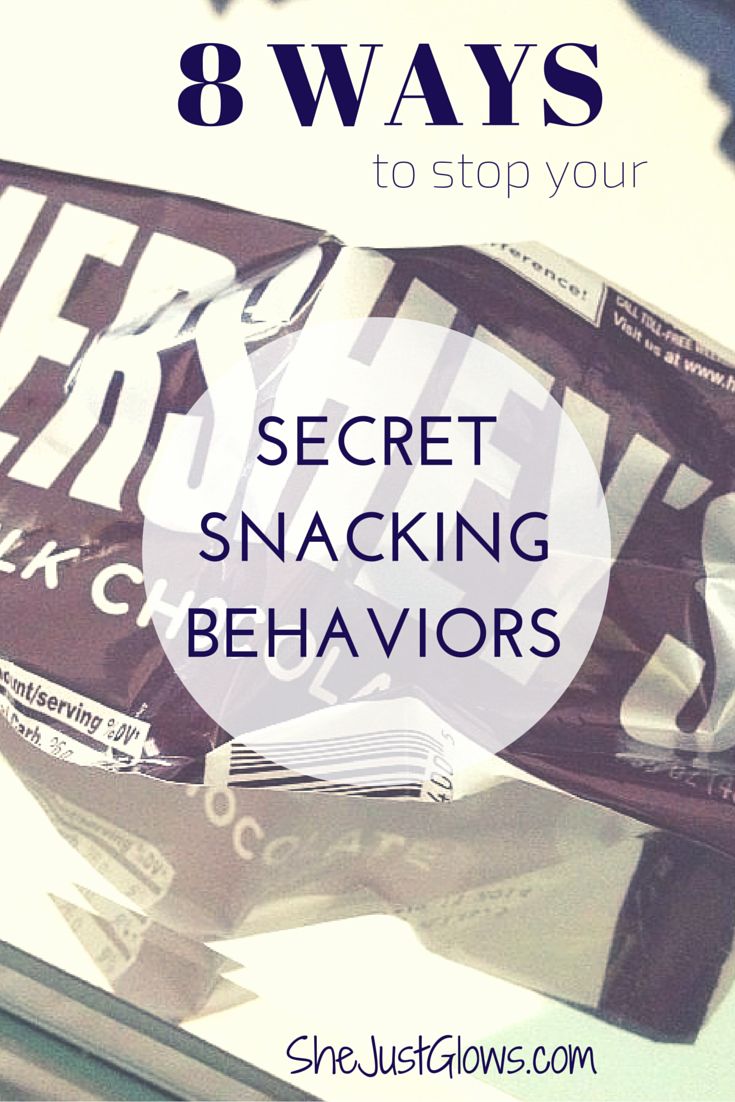 I don’t know what it is about having kids, but I have the worst habit of wanting to reward myself with food and drink on those challenging child-rearing days! I swear, every afternoon during the boys’ naps, it’s like something in my brain says: You’ve been working hard all morning, it’s time to be bad!

2pm. It’s finally quiet in my house (for the first time since 5:45am). I flip on the TV, take a deep breath and look at our loaded-up DVR like a toddler at the donut display window at Krispy Kreme. The next step is getting up from the couch to see what “bad” items are in the kitchen for me to devour.

Before, I’d reach for an bottomless bag of pretzels, pour a bowl of cereal or mindlessly crunch through a couple protein bars. Basically, I have an overwhelming urge to snack on something crunchy and sweet. And, for some reason, carrot sticks and apple slices just don’t have the same allure as the leftover Mission tortilla chips from the weekend.

I posted this picture on Facebook when I made a recent snacking mistake. Yeah, oops. 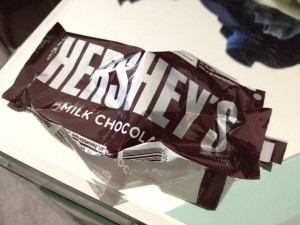 My Secret Snacking Behavior (SSB) has been a really hard habit for me to break. And I’m still working on it. But I have a few tricks that help me when the urge hits. (And it always does.)

2. Know your triggers. Stress, insecurity, TV shows, even talking to that one “special” person who pushes your buttons and knows just how to get under your skin… there are so many things that make us eat things we don’t want to. For me, it’s the stressful (and sometimes feelingly thankless) job of chasing around two tyrants who are less than three feet tall. I’ve also noticed that TV influences me too. I’ve had to “diet” from some of my favorite food-related TV shows (Top Chef, Real Housewives) because when I see delicious food and people eating and drinking on TV, it makes me want to do the same. I have the same problem when I watch live TV because I have to sit through all those enticing commercials for chocolate, fast food and beer.

3. Drink water first. Yes, eeeeeveryone says this. But come on… water is the last thing you want to reach for when you’re a cupboard door away from that one last sleeve of Thin Mints. Here’s what changed it for me: I think about how great the water is for me. It’s hydrating, it’s cold, it feels great! And drinking a tall glass of it lets you put something into your mouth without making a food choice that you will regret in 10 minutes. A lot of times, I’ll drink that water and realize I really wasn’t hungry at all. I was just bored.

4. Come up with SSB food substitutes. I had to break down my SSB because and ask myself what food I was really craving. Turns out, I always want something crunchy and sweet. So, one week, when I was making my grocery list, I decided to plan ahead and make sure I had good choices when I needed my fix. Some of the alternatives I came up with were dried dates or raisins and almonds, apple slices with sunflower seeds, carrot sticks, celery, rice cakes. If you have a sweet tooth, try fat-free Greek yogurt, dried cranberries, a 3-ingredient clean-eating energy bite, a banana or a Mounds Bar green smoothie. This super-simple snacking “refresh” played a big role in helping me lose 25 pounds and 8% body fat, when I was at my highest weight ever. 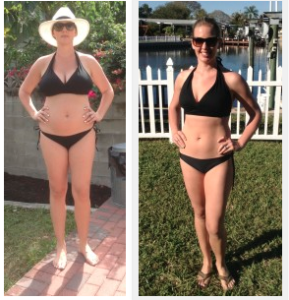 5. Think about how you will feel after your SSB. I know, I know, the last thing we want to do is logically think about how bad that bag of potato chips will make us feel before we eat it. There is nothing logical about Secret Snacking Behavior; that’s why it’s secret, right? Well, I have surprised even myself in stopping a SSB in the works, just by thinking about how crappy I’ll feel afterwards. And trust me, I’ve indulged enough to have a clear idea of how sluggish, sleepy, heavy, bloated and lethargic I’ll feel.

6. Find something else to do. It’s so elementary, it’s almost stupid. But our bad habits develop because of patterns that we create. It’s amazing how changing up your SSB routine will make you forget you even want that bad snack. As I mentioned, my SSB routine is during my kids’ nap time, when I want to destress and mindlessly watch TV. Well I’ve found that when I find something else to do, I forget that I even want to cheat. Instead, I’ll call my sister, do my Bible study devotional, fold laundry or start preparing a clean dinner.

7. Focus on what you want. It reminds me of when I have to remind my toddler of the big picture: If you want to go outside, you’re going to have to put your shoes on. The same is true for me: If I want to be fit, I need to make a good food choice right now. Instead of focusing on the bad snack that I want, I’ll think about my goals. I’ll look at old Facebook pictures when I was in peak physical shape. I’ll go to my Pinterest board that’s filled with inspirational quotes. I’ll browse online for that bikini I want to order for the summer. I’ll look over my weight and measurements journal to remind myself of how far I’ve come. Or I’ll look at the fitness or smoothies & juicing sections of this site to get my head right. Next thing I know, a bad snack is the furthest thing from my mind! 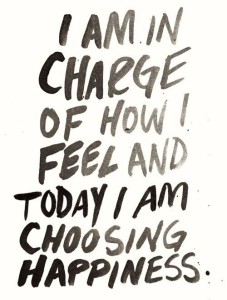 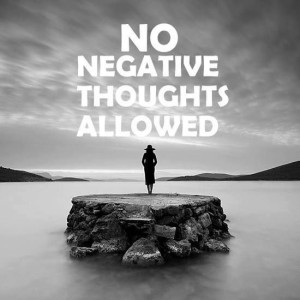 8. Reward yourself in another way. I realized my SSB really had nothing to do with being hungry, but with feeling like I deserved a reward in my day. So, I’ve found other ways to reward myself. A hot cup of decaf fruit tea. Booking a massage for myself. Taking 10 minutes to stretch and do yoga poses. Lighting my favorite scented candle. Taking a hot shower.

It’s a lie that you deserve that Secret Snacking Behavior binge.

Actually, you don’t deserve it at all

What are your Secret Snacking Behaviors? Late-night nachos? Pizza delivery on Saturday nights? Starbucks venti frappuccino on the way to work? Share them in the comments section below.