Chia pudding is ALL THE RAGE. 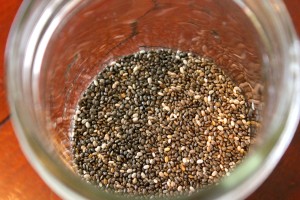 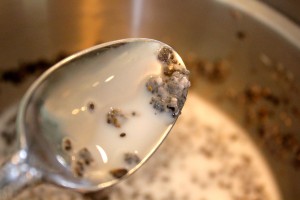 Chia seeds are an awesome superfood. They are naturally gluten- and grain-free, and contain calcium, antioxidants and omega-3’s. And they also have this crazy gel that emits from them when they’re soaked in liquid. So they’re an awesome alternative to yogurt.

I got this recipe from a friend at Bible study. I was telling her how my boot camp’s 10-day detox challenge included another recipe for homemade chia pudding, but I didn’t have all the ingredients. And our local health foods store was out of Chia Pods.

Here’s what she gave me, and it was so good (and suuuper easy) that I wanted to share! 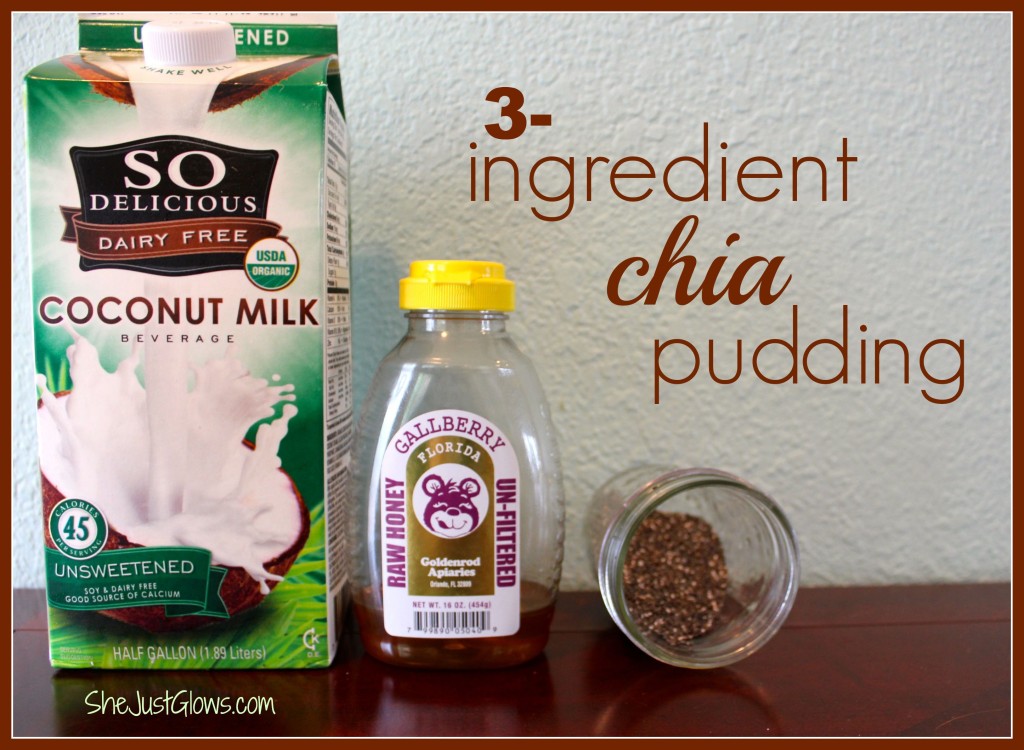 Mix ingredients together and refrigerate overnight! 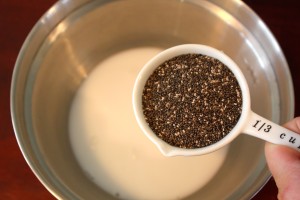 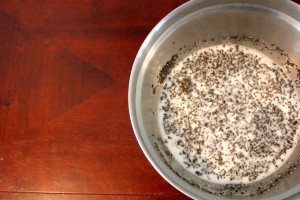 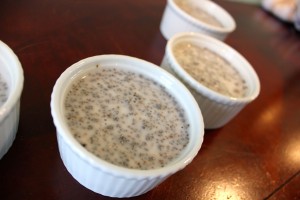 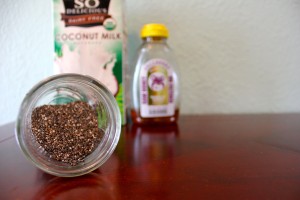 I’ll admit, having never eaten chia pudding before, it was a little weird and I wasn’t sure about the taste and texture. But I added cinnamon and it really helped. It’s a great alternative to sugary, runny yogurt!